Prerequisite – How ARP works, Packet flow in the same network 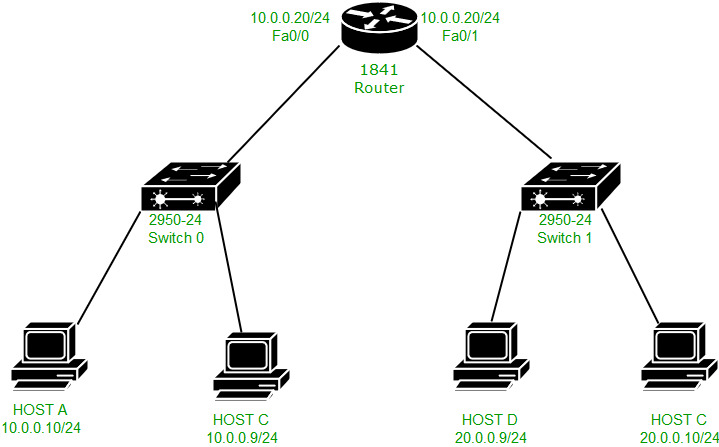 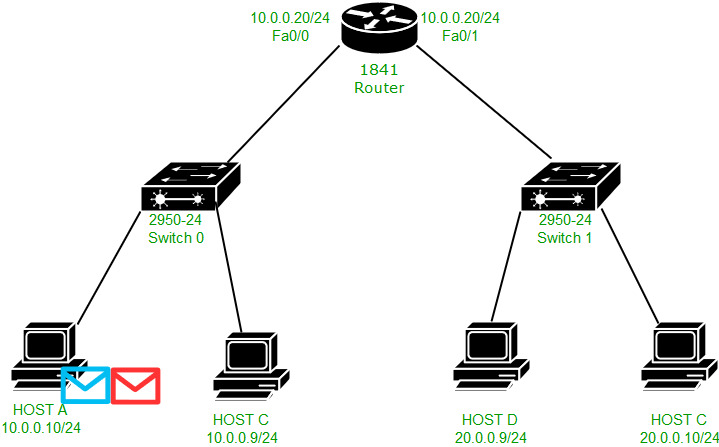 We see that 2 messages are generated ICMP(purple) and ARP(green). ARP has been generated because ARP has not been resolved. 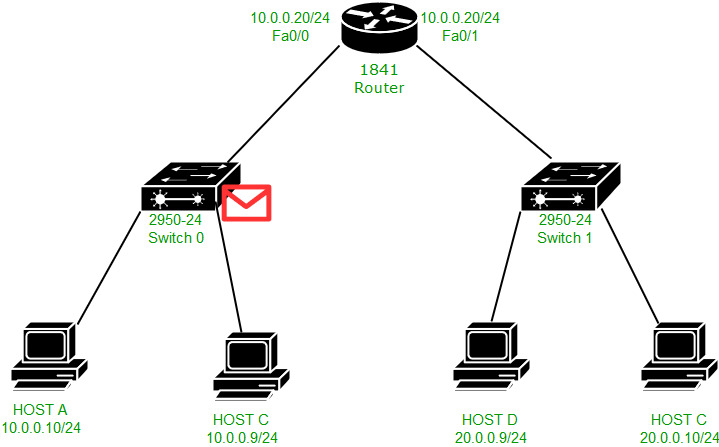 Now as the ARP should be resolved first, therefore the ARP request will be broadcast which is received by switch: 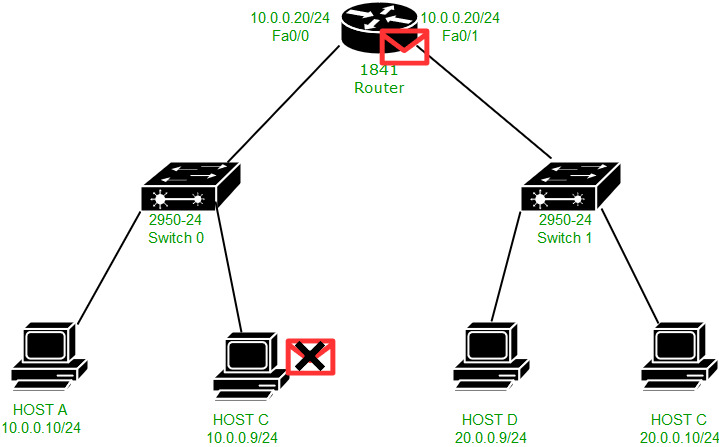 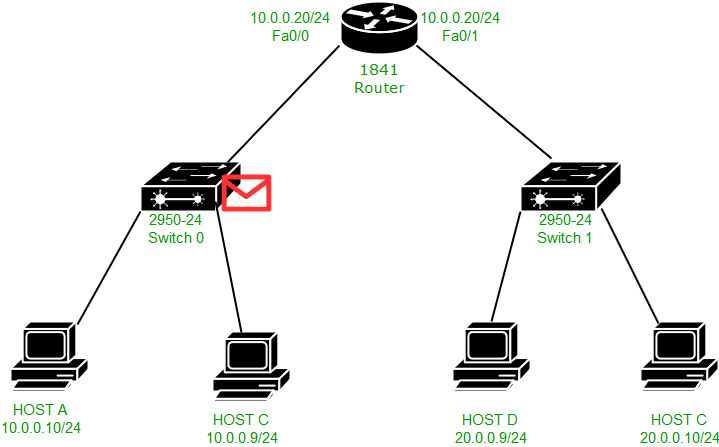 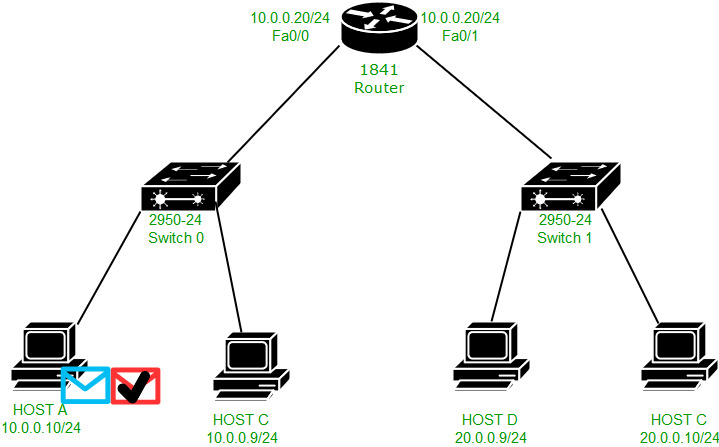 Now the ARP reply is unicast to the host A by the router as shown in the above figure. 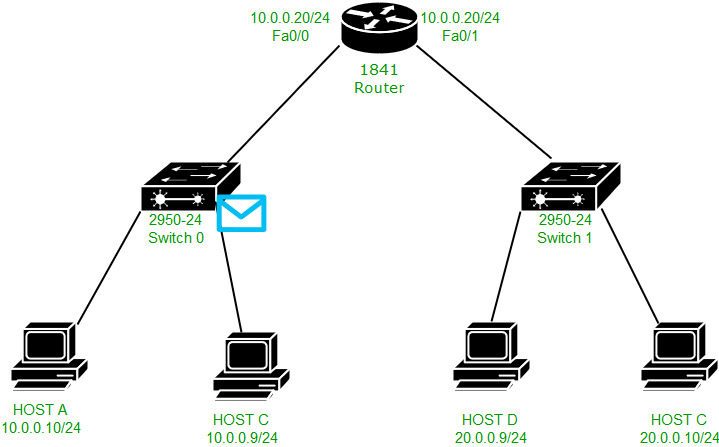 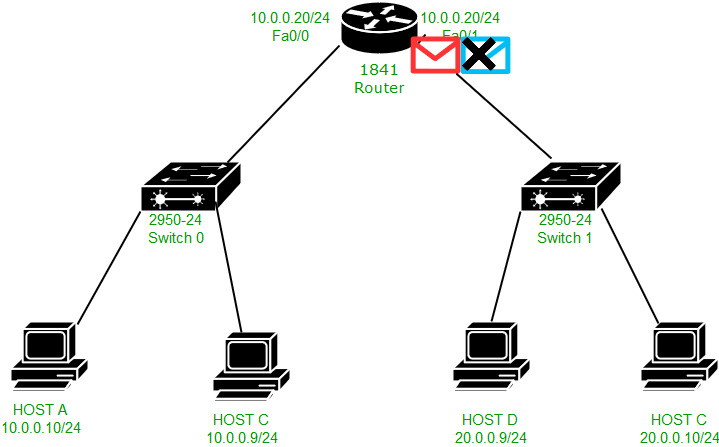 Note – The ICMP packet will be unicast to the default gateway as the ARP has been resolved now. 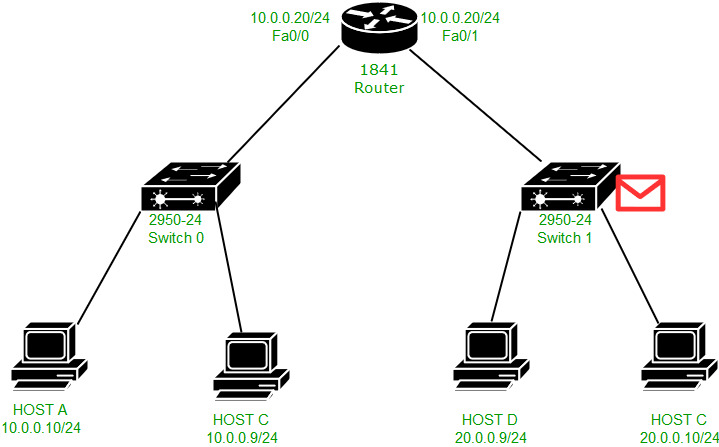 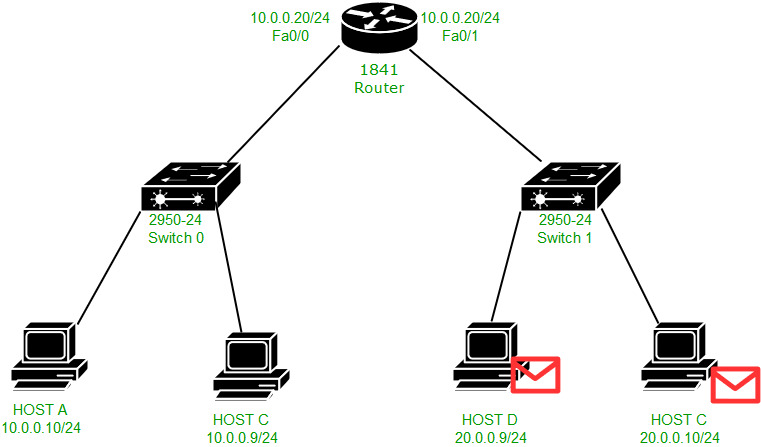 Now the ARP has to be resolved again because the router has to deliver the packet to host B and the ARP table has no entry for host B. Therefore,the ARP request is broadcast in the network 20.0.0.0/24. The packet is received by the Switch which in turn broadcast the request to host B and D. Host D will reject the request and the host B will accept it and generates an ARP reply for the MAC address 000B.BE8E.5202 (router fa0/1 MAC address) because the ARP reply has to be given to that MAC address from which ARP request has been recieved. 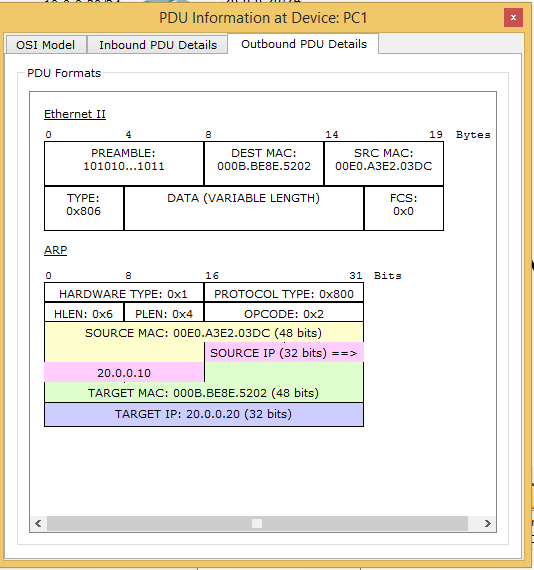 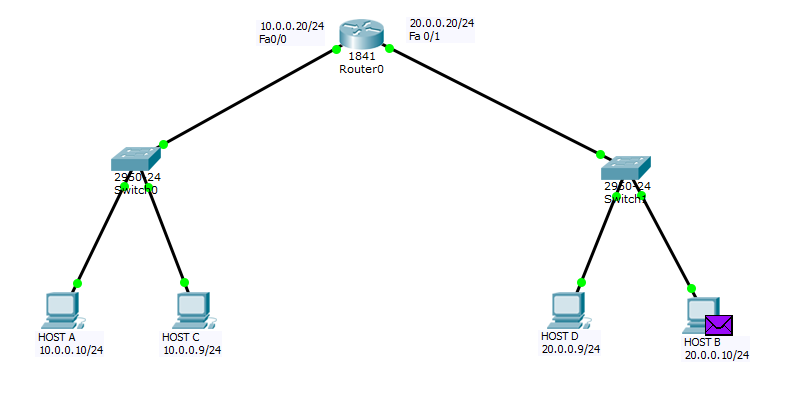 Now the ICMP echo request packet will be unicast to the host B as shown in the above 3 figures.

Host B will generate an ICMP echo reply in response to the ICMP echo request for the host A which will be delivered to the 20.0.0.20 (router’s interface IP address) first and then unicast to host A.

How the MAC address never crosses its broadcast domain? 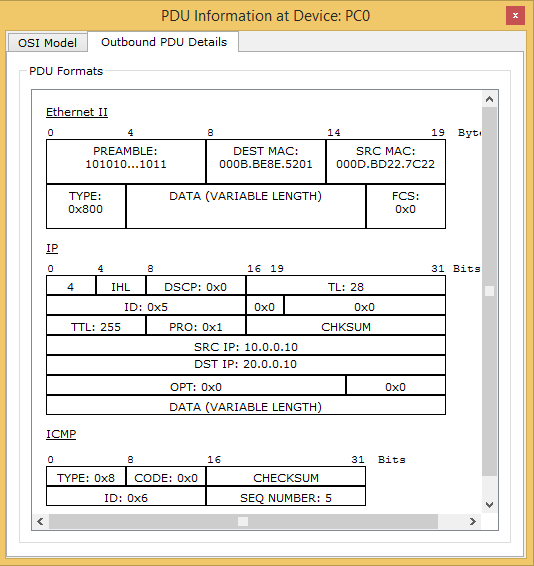 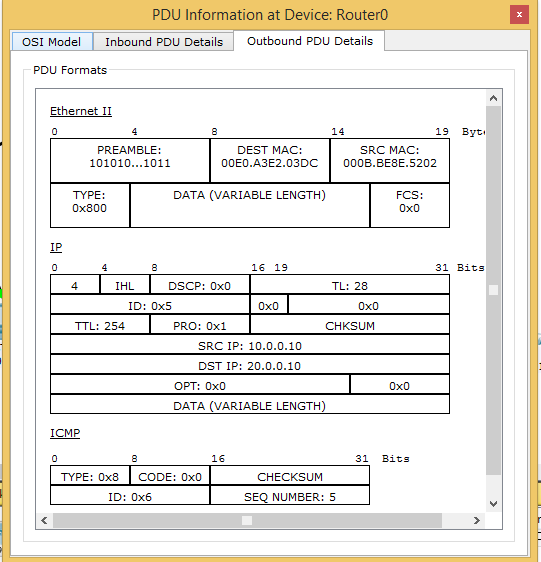