Python developers often make use of the comment system as, without the use of it, things can get real confusing, real fast. Comments are useful information that the developers provide to make the reader understand the source code. It explains the logic or a part of it used in the code. Comments are usually helpful to someone maintaining or enhancing your code when you are no longer around to answer questions about it. These are often cited as a useful programming convention that does not take part in the output of the program but improves the readability of the whole program.

However, there is no concept of multiline comments in Python. But it can be achieved by the following ways.

Hash character(#) is used to comment the line in the python program. Comments does not have to be text to explain the code, it can also be used to prevent Python from executing code. The hash character should be placed before the line to be commented. Consecutive single line comments can be used as multiline comments in Python. 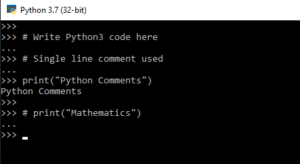 Here, the first two lines contain hash character(#) and the interpreter prevents the two lines from execution. Then it prints the “Python Comments” and finally, it will prevent the last line from execution.

In the above example, the multi-line comments are used to comment more than one line. The first line is a single line comment. The second and third line can be commented using triple quotes(""" """"). This prevents the execution of the above code. Finally, it prints “Mathematics” in the output.

However, if these multiline comments are placed directly after a function or class signature, then these turn into docstrings. Docstring is an in-built feature of Python, which is used to associate documentation that has been written with Python modules, functions, classes and methods. It is added right below the functions, modules or classes to describe what they do. In Python, the docstring is then made available via the __doc__ attribute. 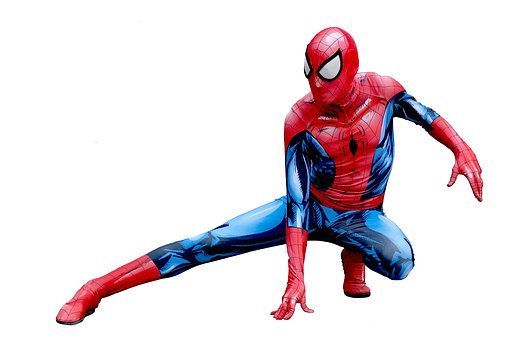