If you use programming languages, like python, you must have used a function called string slicing, which extracts a part of the string and can directly print it, or store a result. The same functionality can be achieved in Excel when we use Excel’s MID function.

The MID function can return a part of the string provided to it. Let us see the working of this function.

This function can be used to slice a given string and returning only a part of that string. It considers a starting point, which will be the starting index of the string, from which we want to print. It will consist of the string that we want to slice. It can be a string provided in double quotes(” “), or it can be a reference to a cell on which slicing is to be done. It will also consist of the length of the characters, which will indicate how many characters we want to print taking reference from the starting index.

Now we will see a few examples of MID function. 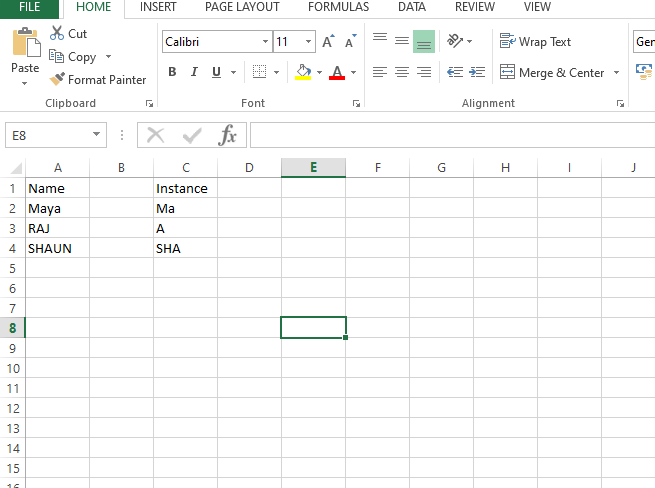 Here,we used MID function 3 times on cells,i.e on MAYA,RAJ,SHAUN.Now, we will see individual 3 formulas for these three:

It is not necessary to provide just a word to be sliced, we can also use a sentence, that can be sliced by using the MID function. The only thing to keep in mind is that the spaces between the words in a sentence will also be counted as an index. 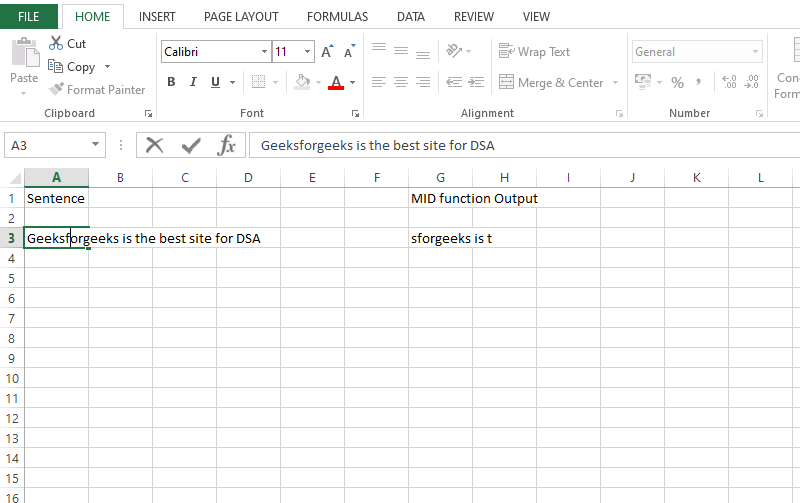 Here, the MID function will slice the string stored in A3 column. The starting point of slicing is from the 5th index, which is “s”.Now, as previously discussed, the spaces between the words in a sentence, also count as an index, so the length of 14 also included the space between “s” and “t”. Therefore the outcome is “sforgeeks is t”.