C++ allows defining static data members within a class using the static keyword.
When a data member is declared as static, then we must keep the following note in mind:

Relevance:
Static data members are usually used to maintain values that are common for the entire class. , For Example, to keep a track of how many objects of a particular class have been created.

Below is the program to illustrate memory allocation in static and non-static data members:

Below is the illustration of memory allocation for the above program: 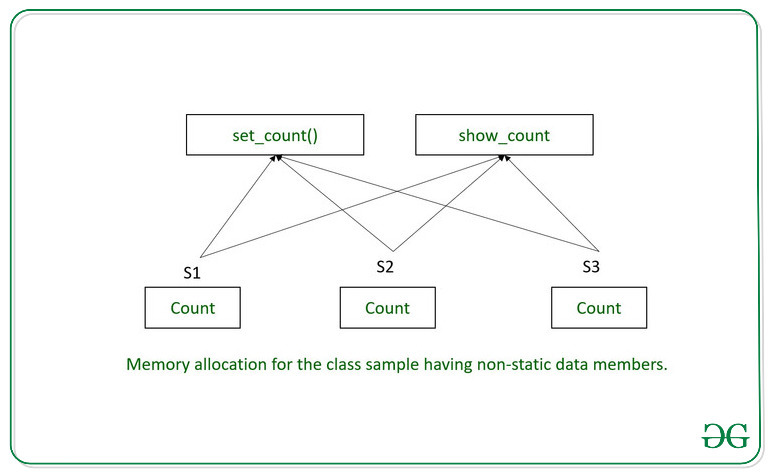 Explanation:
All three objects of class GfG S1, S2, and S3 share the member functions but have a separate copy of the data member count. In main(), the set_count() is explicitly called to set the value of count to 1. Now, each object has the value of its count = 1.

Below is the illustration of memory allocation for the above program: 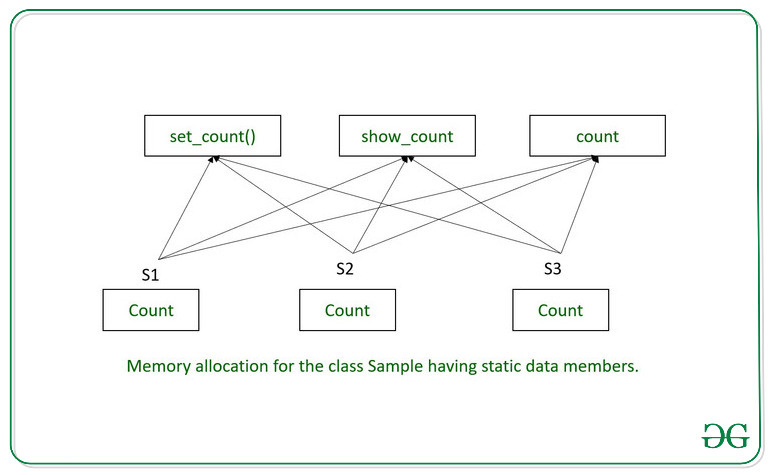