Imagine you are going to take admission in one of the elite courses offered by GeeksforGeeks such as DSA, SDE, and STL. Initially, there are very few students who are approaching to join these courses. Initially, the developer can create separate objects and classes for the connection between the students and the courses but as the courses become famous among students it becomes hard for developers to handle such a huge number of sub-classes and their objects. 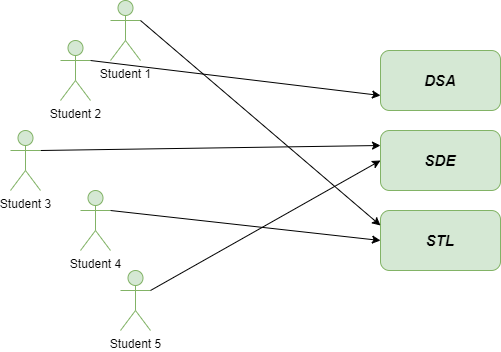 Now let us understand how a pro developer will handle such a situation using the Mediator design pattern. We can create a separate mediator class named as Course and a User Class using which we can create different objects of Course class. In the main method, we will create a separate object for each student and inside the User class, we will create the object for Course class which helps in preventing the unordered code. 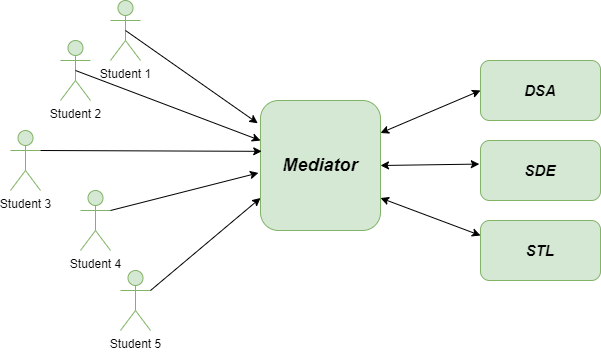 Following is the UML Diagram for Mediator Method: 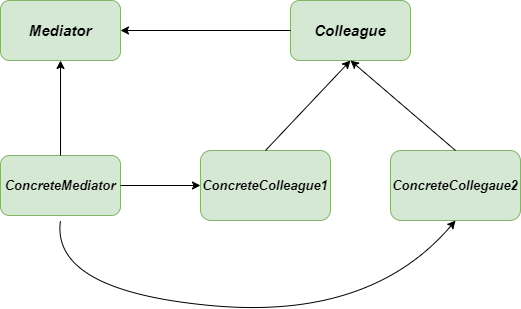