Directories:
Directories are set of object with similar attributes, organised in a logical and hierarchical manner. For example, Telephonic Directories. It is a distributed database application used to manage attributes in a directory. 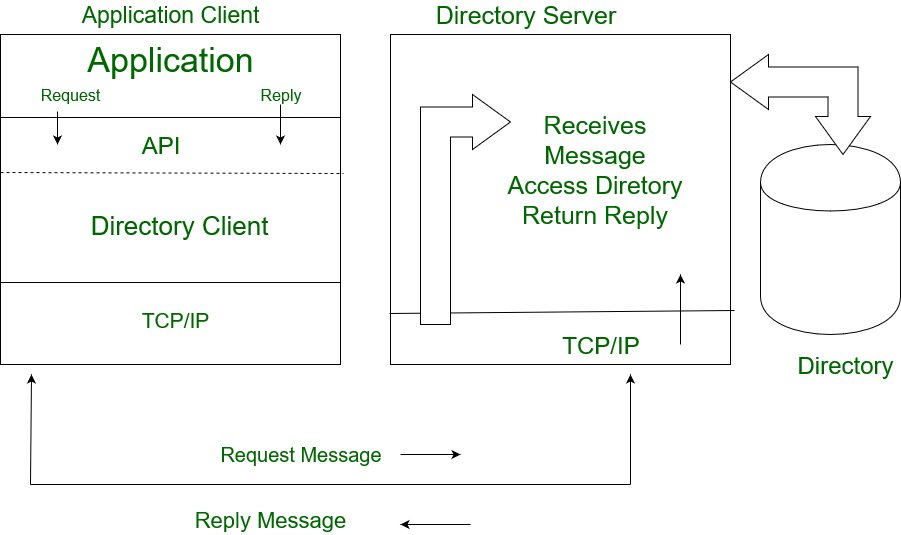 LDAP defines operations for accessing and modifying directory entries such as:

LDAP Models:
LDAP can be explained by using four models upon which it based:

LDAP Client and Server Interaction:
It is quite similar to any other client-server interaction. In this client performs protocol functions against server.The interaction takes place as follows:-

Microsoft, Open LDAP, Sun, etc can easily be made an LDAP server. if the user don’t want to install directory service but want to use LDAP instruction for available LDAP server then user can use four11, bigfoot etc. Making an LDAP client is quite simple as there are SDK’s in many programming languages such as C, C++, Perl, Java, etc.

User has to perform certain task to be LDAP client:

Disadvantages in LDAP:
It does not handle well relational database.