A. Strong support for non-linear development

How does GIT work?

What is GitHub about?

Github is an online platform where we can share our codes(or projects) online hassle-free. Github is place where we host our local git repository online. it basically allow you to work collaboratively within a group of peoples. It hosts all the features of Git and have its own too.

Github is owned by Microsoft, provides access to public(free) and private(paid) repositories. It allows free repository to host files up to 100mb and total size for 2GB.

Let’s us see how to host to a local repository to Github, from very beginning(creating a github account).

Step 1: Go to github.com and enter the required user credentials asked on the site and then click on the SignUp for GitHub button. 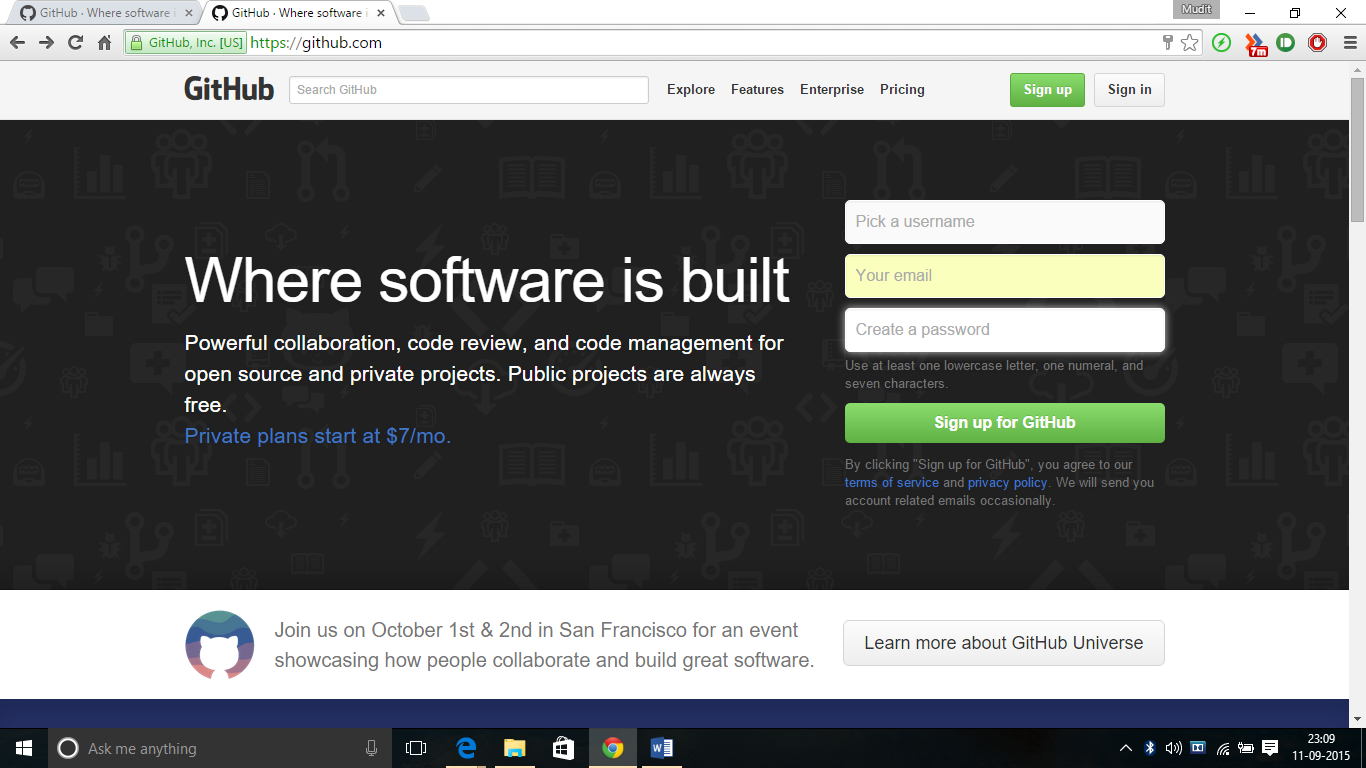 Step 2: Choose a plan that best suits you. The following plans are available as shown in below media as depicted: 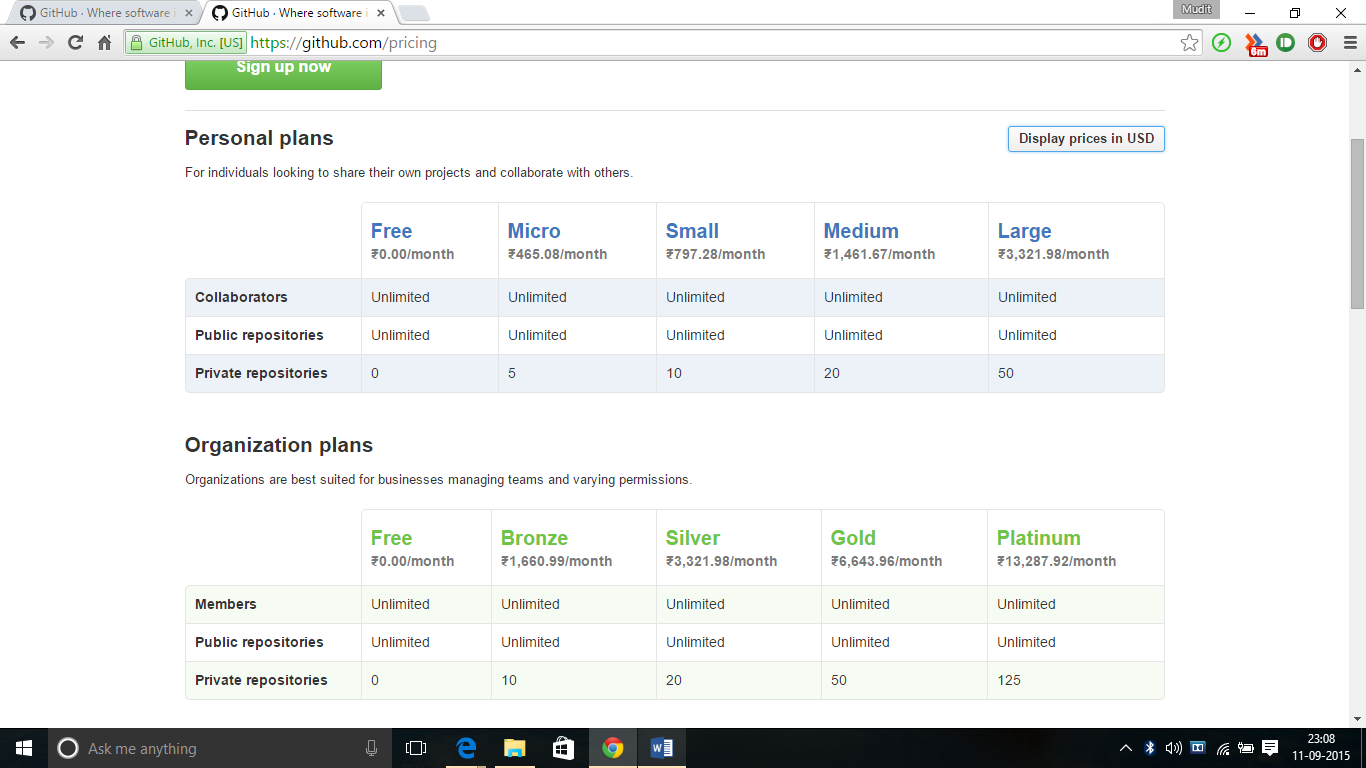 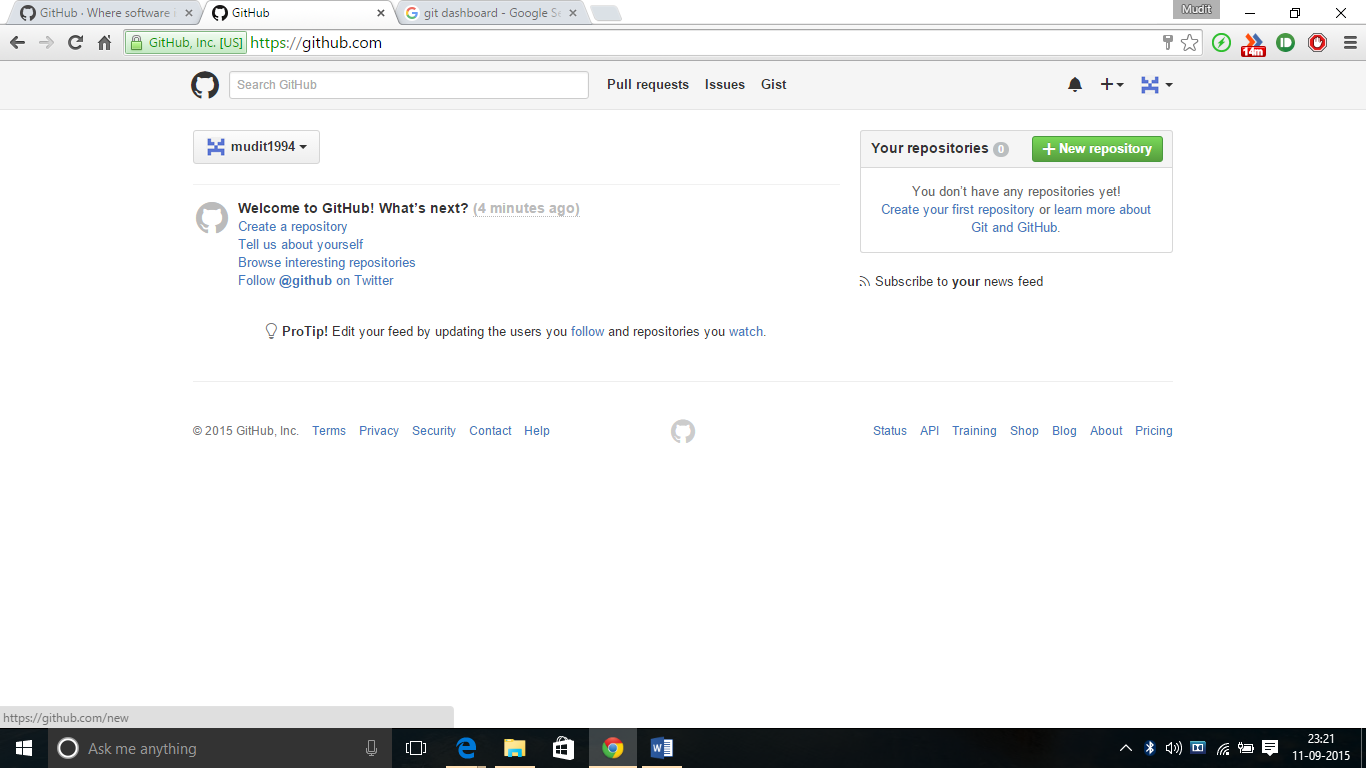 B. Creating a new Repository

C. Start by giving a repository name, description(optional) and select the visibility and accessibility mode for the repository 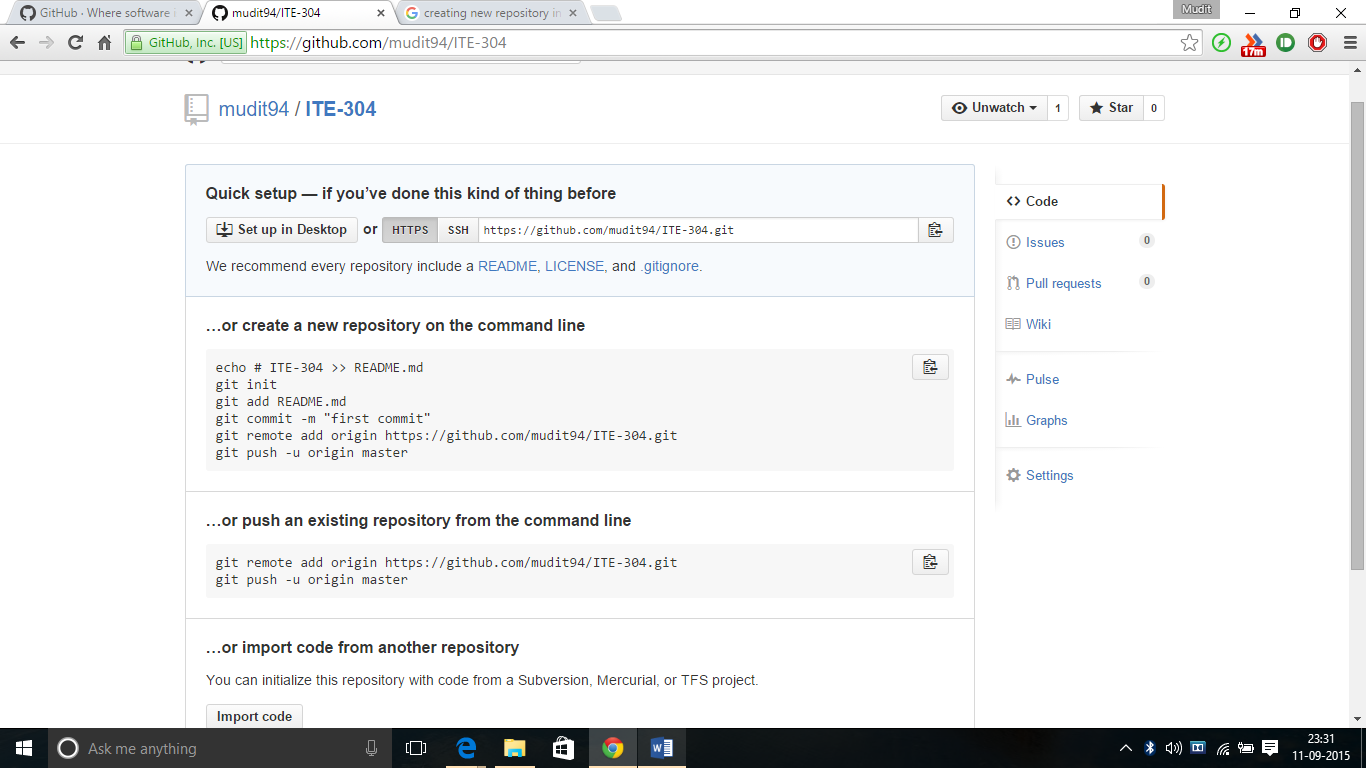 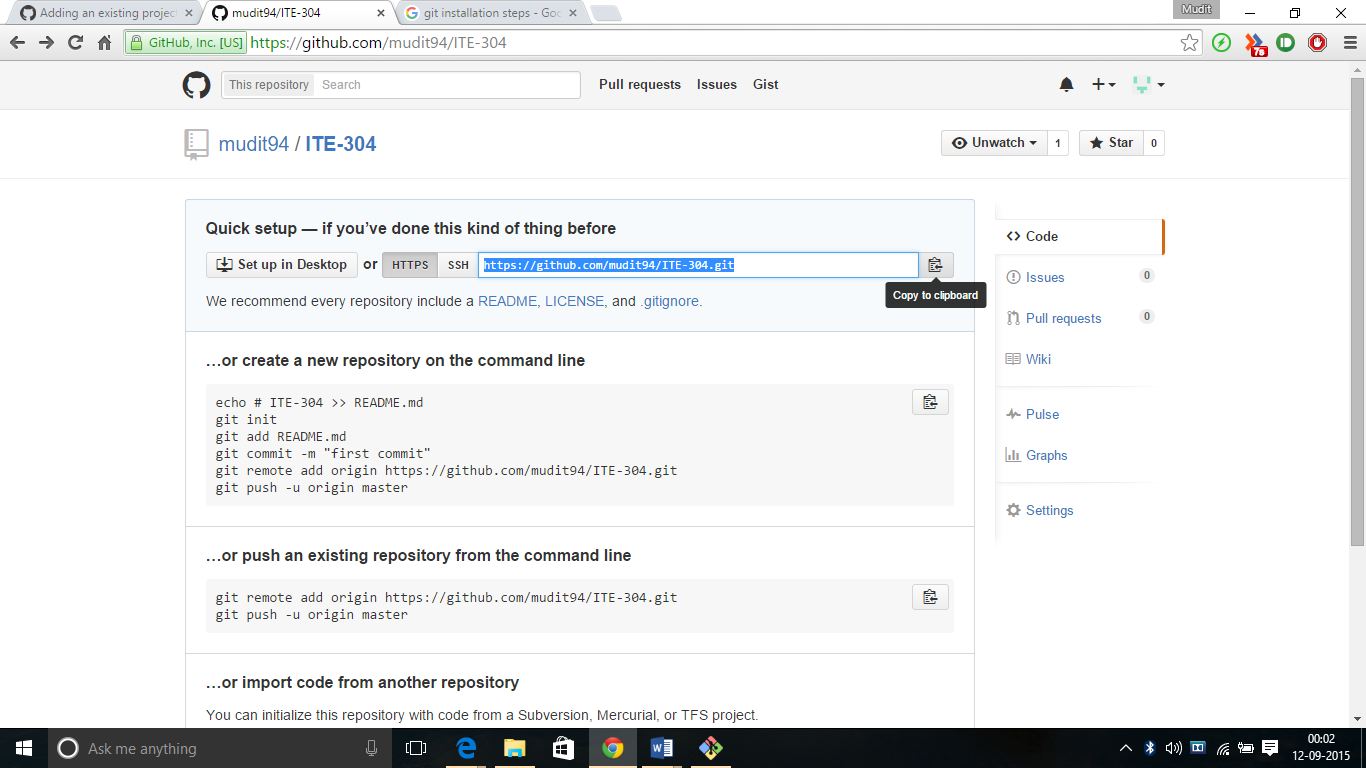 In the Command prompt, add the URL for the remote repository where your local repository will be pushed. 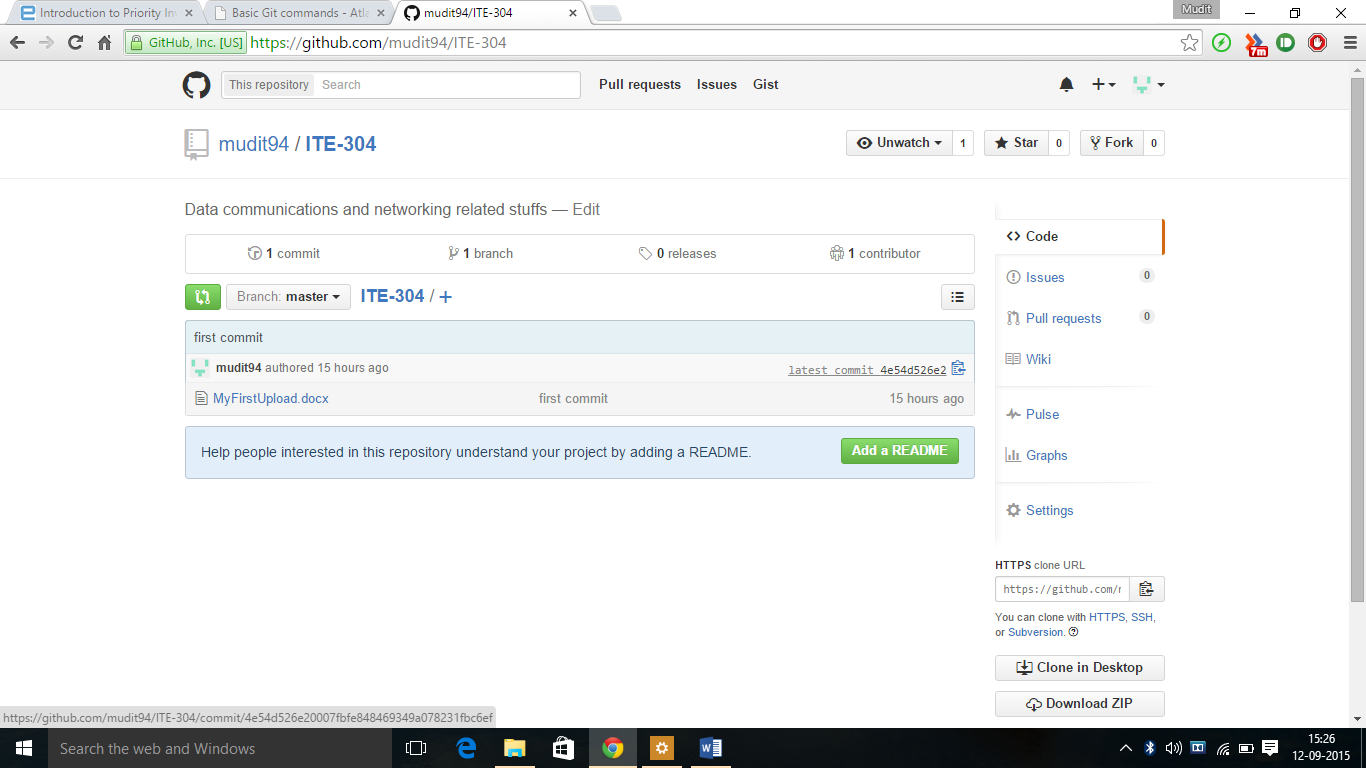 You may download changes from remote repository to local repository using the command:

This article is contributed by Mudit Maheshwari.

My Personal Notes arrow_drop_up
Previous
An Ultimate Guide to Git and Github
Next
What is a GIT Repository?
Recommended Articles
Page :
How to Upload a Project through GitHub Desktop on GitHub
11, Feb 21
Introduction to GitHub Actions
10, Jan 22
Using Bitbucket as an extension to GitHub capabilities
30, Nov 15
Downloading gists from Github made simple
30, Sep 16
How to Add Custom Domain To GitHub Pages?
16, Dec 20
Flutter - Building and Releasing APK using GitHub Actions
17, Feb 22
Build, Test and Deploy a Flask REST API Application from GitHub using Jenkins Pipeline Running on Docker
19, Sep 21
Create a Pull Request on GitHub using Pycharm
08, Jun 21
How to Clone Android Project from GitHub in Android Studio?
02, Nov 20
5 GitHub Repositories that Every New Developer Must Follow
24, Jun 19
Creating Repository in GitHub
28, Aug 19
Top 10 Useful GitHub Repos That Every Developer Should Follow
20, Nov 19
Using GitHub with SSH (Secure Shell)
30, Mar 20
How to Upload a Project on Github?
14, Apr 20
Issues in GitHub
14, Apr 20
Making a Github Bot
07, May 20
How to Upload Project on GitHub from Android Studio?
05, May 20
How to Trigger WebHooks without Events - Probot Github App
14, May 20
GitHub App to Build Form using Typeform and Probot
10, May 20
How to Upload Project on GitHub from Pycharm?
24, May 20
GitHub App to Add or Remove Labels to Issues
27, May 20
Difference Between Git and GitHub
23, May 20
Sync your fork with master in GitHub
10, Jun 20
How to Build Portfolio Website And Host It on GitHub Pages?
24, Jul 20
Article Contributed By :