Apache CouchDB was developed by Apache Software Foundation and initially released in 2005. CouchDB is written in Erlang. It is an open-source database that uses various different formats and protocols to store, transfer, and process its data. It uses JSON to store data, JavaScript as its query language using MapReduce, and HTTP for an API. Documents are the primary unit of data in CouchDB and they also include metadata. Document fields are uniquely named and contain values of varying types and there is no set limit to text size or element count.

CouchDB was written in the Erlang programming language. It was started by Damien Katz in 2005. CouchDB became an Apache project in 2008. The current version of CouchDB is 1.61. 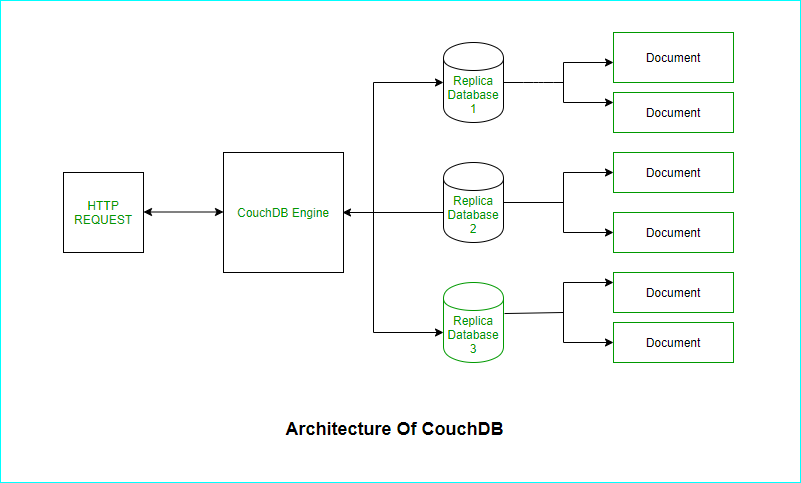 The architecture of CouchDB is described below:

Features of CouchDB includes the following:

Advantages of CouchDB includes the following:

Disadvantages of CouchDB includes the following: