How to prevent text from taking more than one line in SASS ?

Sometimes we want to display the text in our webpage by preventing the text from taking up more than one line or something which will stop the word wrapping. It can be done by easily adding some attributes in the sass file.

Approach: We start creating a simple HTML file to which we would add some text in the body using <p> tag. Then create a sass file and name it “style”. The extension for this file is “.scss”. Now we will add the code which will prevent it from taking up more than 1 line. Here we will be using 2 attributes named white-space and overflow. The value of white-space would be nowrap and the value of overflow would be hidden. After doing this, we will save the file and convert it into a CSS file using any sass compiler. If you are using Visual Studio Code, you can install an extension called “Live Sass Compiler” which will do the work for you. Finally, we will link our CSS file in the head tag of the HTML file that we created earlier.

We will set the value of attributes:

Below is the code for style.scss file:

Compile and convert it into css using any Sass Compiler. There would be a new file created in the same folder named as style.css. Now, link the file into the html.

My Personal Notes arrow_drop_up
Previous
Angular10 NgPluralCase Directive
Next
How to convert a string into a integer without using parseInt() function in JavaScript ?
Recommended Articles
Page :
How to stop text from taking up more than 1 line ?
04, Jun 22
Is it possible to prevent users from taking screenshots of webpage ?
21, Jul 21
Sass sass:list Module
15, Jul 20
Sass sass:color Module
15, Jul 20
SASS sass:string Module
19, Aug 20
Sass | sass:map module
15, Jul 20
How to prevent line breaks in the list of items using CSS?
27, Nov 18
How to prevent text in a table cell from wrapping using CSS?
26, Feb 19
Which command is used to run SASS code from the command line ?
21, Nov 21
How to add lines besides a vertical text using SASS ?
08, Mar 22
Why SASS is considered better than LESS ?
07, Mar 22
How to create Show More and Show Less functionality for hiding text using JavaScript ?
01, Nov 20
How to prevent parents of floated elements from collapsing in CSS?
18, Dec 18
How to prevent column break within an element?
15, Apr 19
How to prevent inline-block divs from wrapping ?
08, Jun 20
How to prevent dragging of ghost image ?
30, Jun 20
How to prevent sticky hover effects for buttons on touch devices ?
25, Oct 20
How to prevent Body from scrolling when a modal is opened using jQuery ?
11, Jan 21
How to prevent long words from breaking my div ?
05, Jun 22
How to prevent body scrolling but allow overlay scrolling in CSS ?
26, Jul 22
Find the common elements of more than two JavaScript arrays ?
02, Mar 20
Which jQuery method is used for adding/removing one or more classes from selected elements ?
18, Aug 21
How to make a vertical wavy text line using HTML and CSS ?
08, Sep 20
CSS text-decoration-line Property
31, Dec 18
Article Contributed By : 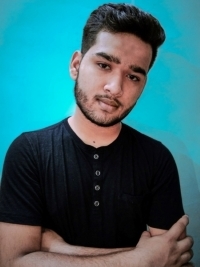