How to Get Started with Game Development?

How would you feel if you could change your reality and create a whole new one? A reality which is maybe based in space with asteroids attacking a spaceship! Or maybe a reality-based in the ocean where you try to fight pirates!
Well, creating a new reality is not possible in the real world but it is definitely possible in the world of Game Development. And the popularity of Game Development is only increasing. This can be because video games are becoming more and more popular and people now want to not only participate in these worlds but also create them!!!

So if you want to know How to Get Started with Game Development, this article is perfect for you as it will teach you the basics and provide you with various resources that will take you further on your journey. 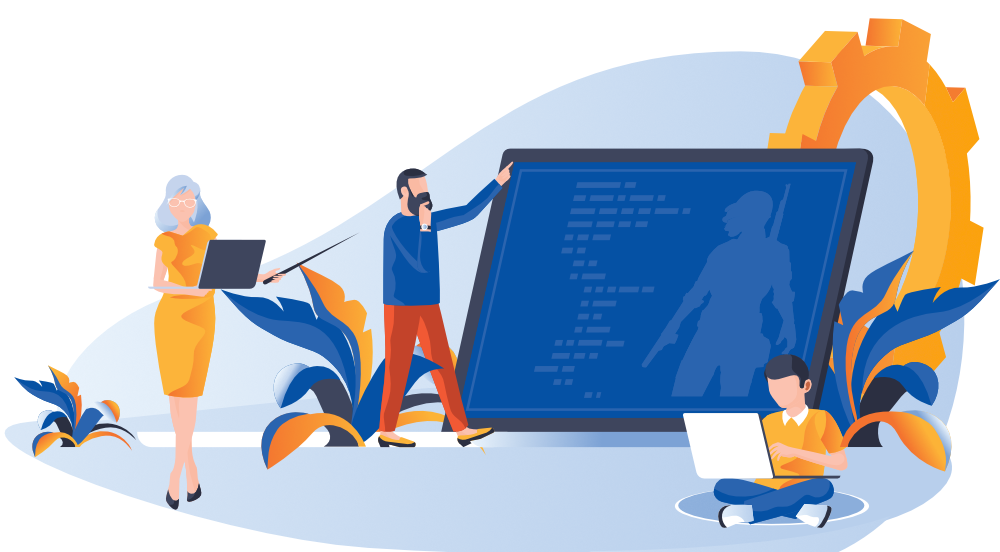 Let’s begin with understanding what is Game Development and then move on to more complex topics.

What is Game Development?

Simply speaking, Game Development is the overall process of creating a video game. And if you thought that making a video game is as easy as playing one, well it’s not!!! There are many components while creating a game such as Story, Characters, Audio, Art, Lighting, etc. that eventually merge together to create a whole new world in a video game!!! This process of Game Development for commercial games is funded by a publisher (a rich company!) but independent video games are comparatively cheaper and smaller so they can be funded by individuals also (That can be you!).

Now there is a common doubt relating to Game Development that only good Game Players can be good Game Developers. So let’s address that now.

Is Being a Good Game Player necessary for Game Development?

There are many people who assume that if they are good Game Players then they will definitely be good in Game Development. Well, don’t make that mistake!!! If you are a good Game Player then you have some advantage because you already know something about game stories, players, levels etc. But that’s it! Actually Game Playing and Game Development are very different fields and the skills you acquire in the former will not necessarily help you in the latter. For example: If you love movies, that doesn’t necessarily mean you will be a good movie director!!! So get into Game Development only if you are passionate about game programming and really want to develop a game for fun(Loving game playing is just a bonus!).

What are the Different Components in Game Development?

There are many different components in Game Development that can either be handled by a single developer who is individually creating a game (and who is a genius!!!) or normally by a team of multiple people. So if you want to get started with Game Development, it’s best to first understand the various components in this field so that you can identify the ones that most interest you.

1. Story: Everything has a story and that is equally true for video games!!! Your story can have a linear structure which is relatively easy, or it can even have a non-linear structure with various plot changes according to character actions. The main point is that there should be an interesting story to hook your players!!!

2. Characters: Do you know any story without characters? No! That’s because, after the story, the characters are a fundamental part of any video game. You have to decide the looks and personalities of the characters, how fast they should move, what should be manners and characteristics etc.

3. Audio: It is the backbone of video games!!! That means it should support the game and yet not be too obvious! You have to decide the various sounds in the game world like player sounds, background music, etc. that together create a lifelike and believable video game.

4. Art: It can be said that video games are basically just responsive art!!! So art is very important as it decides the feel of the game. Normally art in video games can include various things like the game texture, game lighting, 3D modeling of characters and objects, particle systems to create fire, fog, snow, etc.

5. Lighting: All the lighting in video games is obviously artificial and very important for mood setting. Less lighting can be used in association with horror or thriller games while increased lighting can denote more adventure or fun games. Also, lighting can be an important factor in stealth challenges with darker areas providing cover to characters.

6. Levels: All good video games have various levels that increase the difficulty as time goes on. Levels can be denoted in games by multiple floors, different buildings, or even different countries (Depending on the game you are playing!) and each level can have many potential paths that eventually lead to the next level. And designing games with many possible path combinations for different levels is a big factor in Game Development.

How to Start Learning Game Development?

Now that you have understood all the components involved in Game Development, the topics provided here are a roadmap that is enough to make you understand the basics of Learning Game Development. After learning these you can make a decent game and then move on to creating more and more complex worlds as you progress.

1. Learn Computer Programming: The interesting world-view in a game is all created using Computer programming. So it stands to reason that you need to know programming in case you want to enter this world! Now if you have some basic knowledge about coding in programming languages like C++, C#, Python, Java, etc. then great, otherwise it’s best if you learn programming before moving any further.

There is no specific programming language that is exclusively used for Game Development. But C++ is the most popular in game development and also the most commonly used language for writing game engines. Some of the popular games made with C++ are Counter-Strike, King Quest, World of Warcraft, etc. Another popular language is Java as it has multithreading and sockets. A popular game made in Java is Angry Birds Chrome.

Note: If you are a total beginner, you can refer Introduction to Computer Science by Harvard University to get a basic understanding of Computer programming.

2. Choose a known Game Engine: As you are a beginner in Game Development, it is best to start with a known Game Engine. They are quite useful in general as they provide various functionalities for your games like 3D and 2D graphics rendering, audio support, animation, collision detection, artificial intelligence, networking, etc.

The most popular Game Engine is Unity as it is quite easy to learn, and also has the personal edition which is free! Another popular Game Engine is the Unreal Engine which can be modified to create unique games. However, eventually it doesn’t matter what Game Engine you use but what matters is that you stick with that game engine so that you understand it well enough to use it in future projects.
On a side point, it is not absolutely essential that you use a Game Engine. In fact, not using a Game Engine will mean you have to do most of the technical work yourself, which is hard but will provide you many learning opportunities. It will even be useful in case you have to develop the design patterns for game programming yourself some time in the future!

3. Create a Basic Game: Now that you have some idea of Game Development, create a basic game. Now you might want to get carried away and wish to create a masterpiece but trust me and start small!! Try to keep your project around a week or so because the most important thing now is not that you become a master overnight but that you understand the basics.

A common first game is Tetris as it is easy to make and yet it will introduce you to many concepts in Game Development. It will basically teach you about the three steps in the Game Loop i.e. initialize, update and draw which are at the heart of any possible game development you will do in the future.

But in case you are not interested in starting with Tetris, you can pick any game that is easy enough (or difficult, it’s your choice!!!) but make sure that the game is not confusing or complicated and it has a clear objective and endpoint.

Suppose that you have to put in multiple asteroids that destroy a spaceship in a space video game. It is much wiser in this situation to have a code module that can be reused again and again for the asteroids rather than focusing on individual asteroids. This is a Game Design Pattern known as Object pooling. Similarly, there are many Game Design Patterns that are basically just templates for creating modular code that can be used as a repeated solution for any problem in Game Development.

5. Learn 3D Graphics and Associated Maths: It is not possible to make a video game without graphics and so you need to learn about them now. And while 2D graphics were quite popular in the mid-1990s, most of the famous games today require 3D graphics which can be rendered in Fixed 3D, First-person perspective, Third-person perspective, etc. which provides a realistic feeling to the game. So if you want to become a top-notch Game Programmer, you should know computer graphics and also the mathematics behind it. This is even more important if you are not planning on using an already-made game engine.

The maths commonly required for 3D Graphics is Linear Algebra which mainly deals with linear equations, matrices, vectors, etc. If you understand these concepts, you can easily manipulate the 3D world of your game to achieve miraculous effects!!!

What are some Online Resources to Learn Game Development?

There are many books, courses, articles, etc. online that you can use to learn various aspects of Game Development. But for your convenience, some of the popular resources are provided here:

Complete Interview Preparation
View Details
System Design-Live Classes for Working Professionals
View Details
Data Structures & Algorithms- Self Paced Course
View Details
Most popular in C#
Most visited in GBlog
We use cookies to ensure you have the best browsing experience on our website. By using our site, you acknowledge that you have read and understood our Cookie Policy & Privacy Policy