How to Generate Random Numbers in Rust Language?

Random number generation is an important feature in programming to design complex and automated programs. We can generate random numbers in rust with the help of the rand crate.

We will use the rand crate and the Rng trait in Rust that gives us access to certain functions that help us in generating random numbers.  Inside the main function, we can then create a mutable rng variable which we will assign as a random number generator that is needed by the system (random value from which the thread will assign numbers). Using the rng thread, we can generate a random number appropriate to the limit of the variable assigned.

Using the gen function which returns the number within the bounds of the variable type in this vase u8, the number returned is given out by a standard distribution. 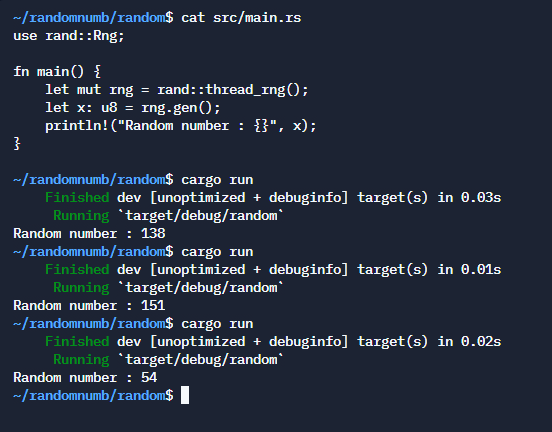 Generate Random Numbers within a Range:

The upper bound is non-inclusive so the number 10 won’t be generated from the function. However, we can make it inclusive by adding the = operator before the upper bound. 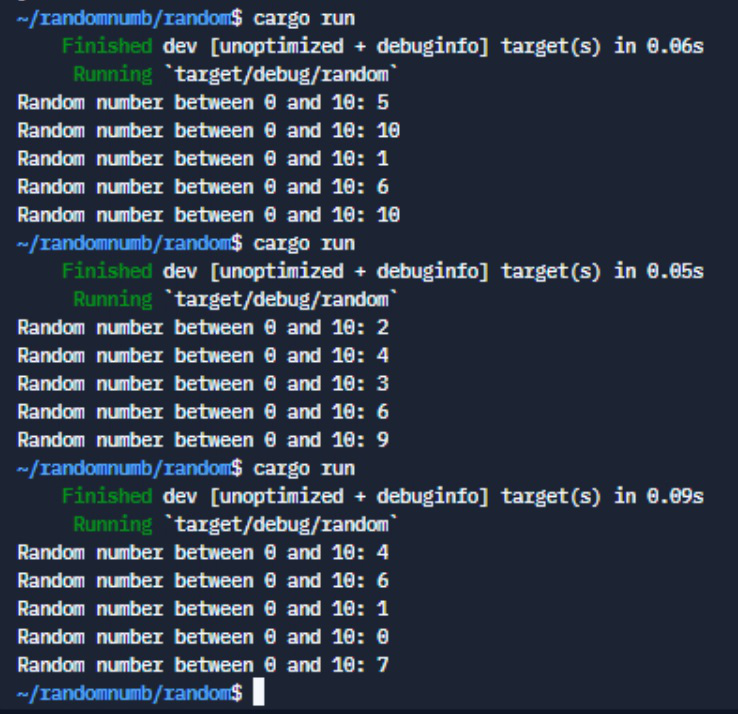 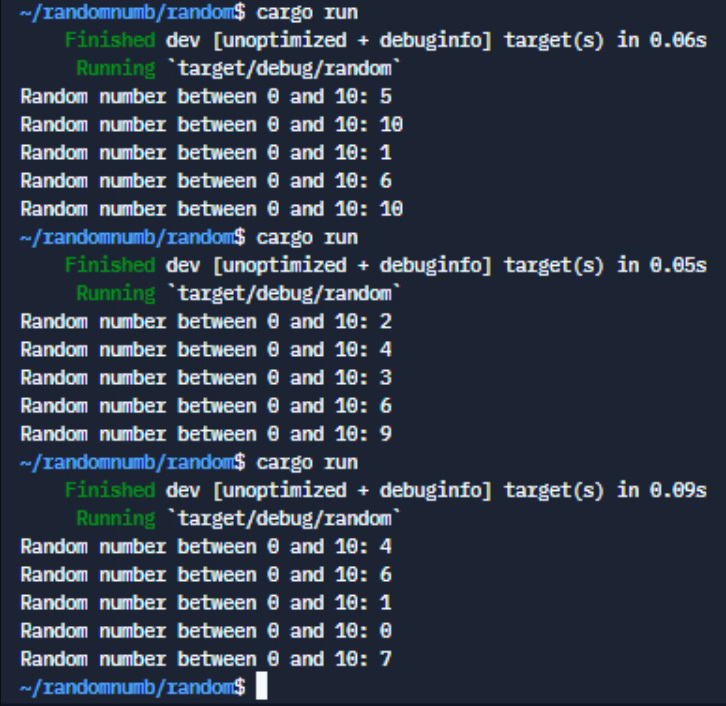 In this example, we were able to generate random numbers within a given range both inclusive and non-inclusive upper bound.

We can even generate random boolean values with a species distribution of the probabilities of true and false. Using the gen_bool function and passing the distribution as a fraction to it we get a boolean value from the function. 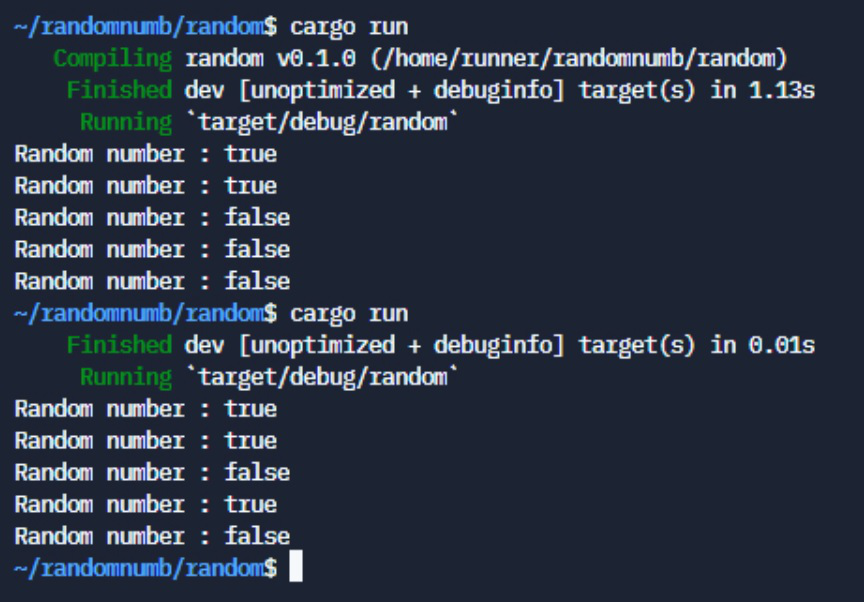 As we have given a parameter of 0.5 it will generate the boolean values evenly, if we give the distribution as 1, it will only print true as the probability of false or other event becomes 0.

Thus,  we were able to generate random numbers in Rust using the rand create with gen, gen_range, and gen_bool methods to generate numbers in different distributions.