How many terms are there in an algebraic expression?

Here, the parts of the expression are as follows:

Coefficient of the expression is 2

Mathematical operators used are plus (+) and minus (-). 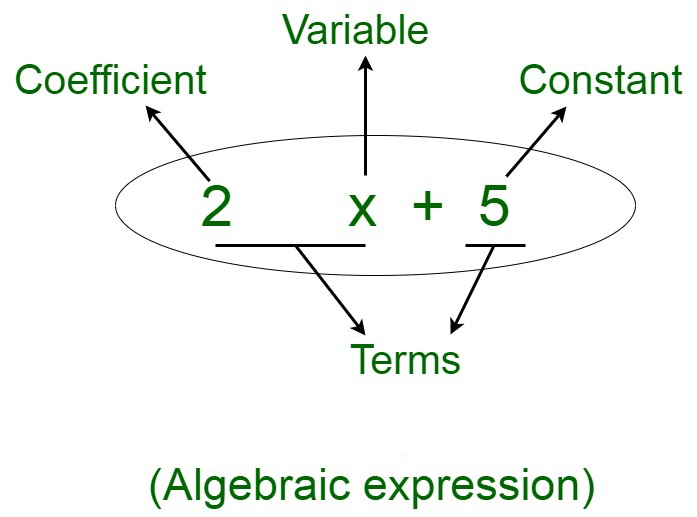 An algebraic expression can be composed of the following terms:

Constant is the term in the algebraic expression which is constituted of only integers. These terms contain variable counterparts. These values are fixed in nature since there is no variable accompanying them. Therefore, these terms have a fixed value throughout, since no change can occur in these. Terms may only be defined by constants. For instance, in the expression 7x2 + 3xy + 8, the constant term in this expression is 8.

First, rewrite the subtractions as additions.

Coefficients: 12 is coefficient of m,

-24 is the coefficient of n

1 is the coefficient of m.

Question 2. Differentiate between constants and variables.

Question 4. Find the Variable, coefficient, constant, and terms of the algebraic expression

We have to find  Variable, coefficient, constant, and terms