Flow of working during operation in Hibernate Framework : 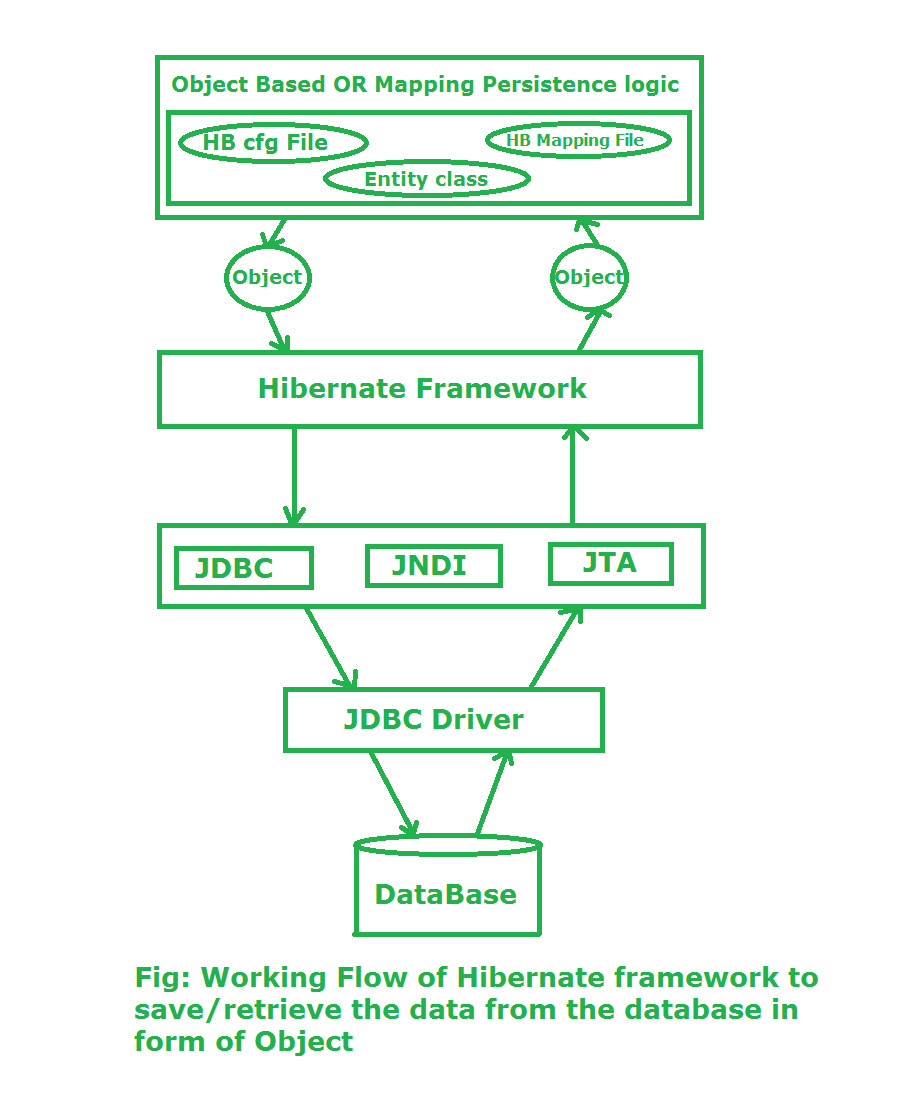 Stage III:In third stage, our hibernate framework interact which JDBC, JNDI, JTA etc to go to the database to perform that persistence logic.

Stage IV & V:In fourth & fifth stage, hibernate is interact with Database with the help of JDBC driver. Now here hibernate perform that persistence logic which is nothing but CRUD operation. If our persistence logic is to retrieve an record then in the reverse order it will display on the console of our java program in terms of Object.