Prerequisite – EIGRP fundamentals
Enhanced Interior Gateway Routing Protocol (EIGRP) is a dynamic routing network-layer Protocol which works on protocol number 88. EIGRP supports classless routing, VLSM, route summarization, load balancing, and many other useful features. It is a Cisco proprietary protocol, so all routers in a network that is running EIGRP must be Cisco routers but now EIGRP is moving towards becoming an open standard protocol.

Therefore, user have to disable the auto-summary command on all routers. 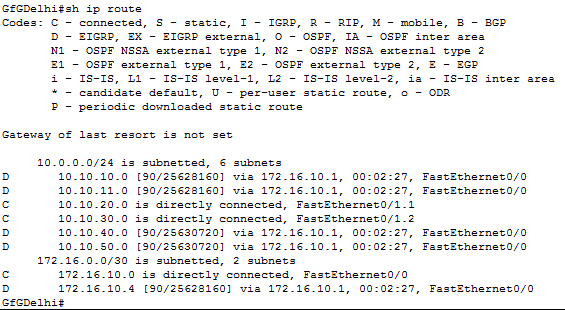