An exception is an unwanted or unexpected event, which occurs during the execution of a program i.e at runtime, that disrupts the normal flow of the program’s instructions. Sometimes during the execution of the program, the user may face the possibility that the program may crash or show an unexpected event during its runtime execution. This unwanted event is known as Exception and is generally gives the indication regarding something wrong within the code. In C# an exception can be a System or an Application Level exception. 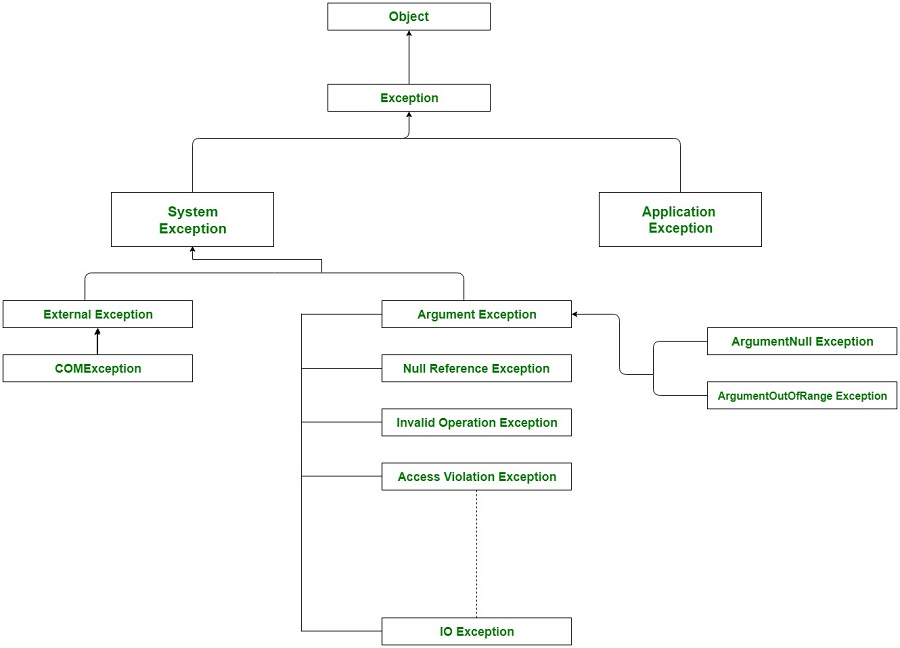