Difference between a Line and Line segment

Points are building blocks of geometrical figures. All the geometrical structures drawn till now are the combination of uncountable numbers of points. Points are structures with no dimensions. They do not possess length, breadth, or height. The points are symbolically denoted by a dot(.). And, the joining of these dots helps to draw a shape.

Lines are the geometrical figure with non-terminating ends. A line runs in two opposite directions endlessly. Both points of a line can be extended to infinity. Lines are roughly denoted or symbolized by any two points lying on the line. 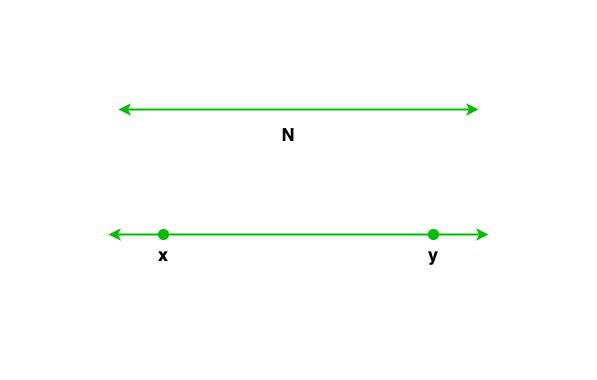 Properties of a line segment:

Question 1. Name the five types of lines we observe in geometry.

The five types of lines are

Question 2. What are rays?

A ray is a geometrical figure or part of a line that has a fixed starting point but does not have an end point.

Question 3. How many dimensions does the line have?

A line is a uni-dimensional geometrical figure which only has length.

Question 4. Which type of line changes its direction?

Curved lines have the property to change directions.