A Pythagorean triplet whose two numbers are 8 and 10, then what is the third number?

The formula is defined with the help of the theorem, the square of the hypotenuse if equal to the sum of the squares of the other two sides of a right angles triangle, 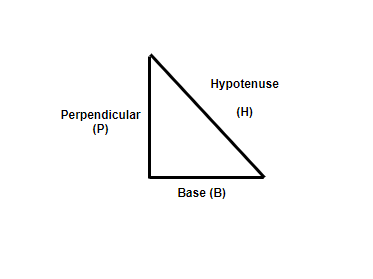 Example: In a right-angled triangle, the values of the two sides that are 90° to each other is given as, m and 3m. Find the value of the third side of the triangle.

The sides that are 90° to each other will be perpendicular and base and the third side that is required to be found is the hypotenuse.

The formula for Pythagoras theorem is,

A Pythagoras triplet whose two numbers are 8 and 10, then what is the Third number?

The above question is very interesting as the values of two sides are given, but it is not given that if the sides are hypotenuse, perpendicular or base. Let’s say that the triplets are required to be written as (x, 8, 10), x is the unknown triplet.

According to the formula for Pythagoras theorem,