When JavaScript came into the picture of the programming world, the name was chosen for marketing reasons. At that time Java was getting popular all around the world (but you better know both are different). Later it was submitted to ECMA (European Computer Manufacturers Association) to standardize the language and its specification. 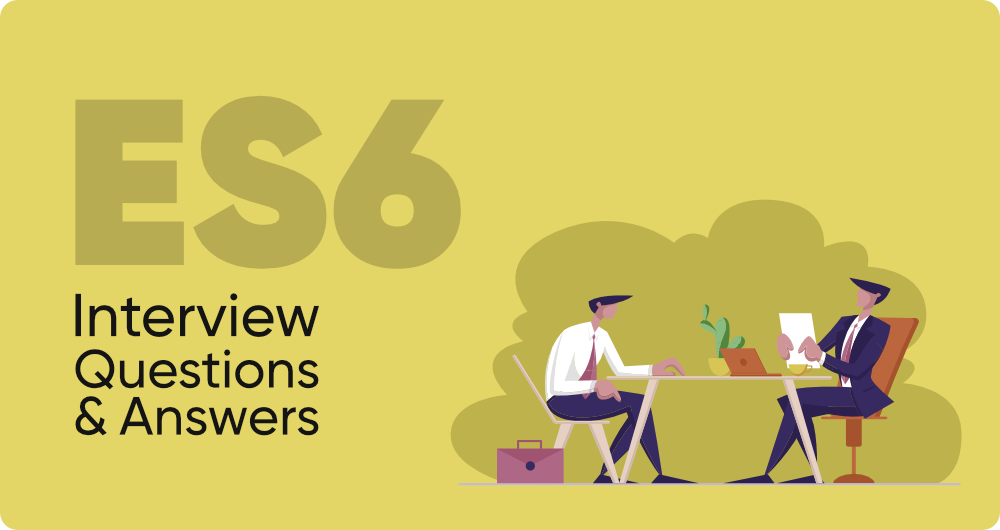 Later it was named ECMAScript of ES. The first edition was released in June 1997. ES6 is the sixth edition of the language, and it was later renamed ECMAScript 2015. The edition introduced many new features such as class, modules, iterators, for/of loop, arrow functions, typed arrays, promises, reflection, etc.

In June 2016 ES6 was released, and later it was renamed ECMAScript 2015. In June 2017 the eighth was released and with some included features for concurrency and atomics, syntactic integration with promises (async/await). Let’s discuss some common questions that you should prepare for the interviews. These questions will be helpful in clearing the interviews specially for the frontend development role.

1. What are the Common Features of ES6?

Below are the common features of ES6…

2. What is let and const? How both are different from var?

In JavaScript when we were declaring any variable using var keyword. Var keyword is function scoped. We can access the variable within a function. This leads to wrap the code in a function whenever we had to create a new scope.

Below is an example of the let keyword…

Const is immutable in JavaScript. You can not change or reassign its value once it is declared.

Make a practice to use let and const instead of var keyword.

Let’s discuss some differences between the arrow functions and the normal function.

Set is the collection of new values. In Set, there shouldn’t be any duplicate value. All the values should be unique. These values can be primitive types or object references.

NaN and undefined can be stored in a Set.

5. What is the Generator function?

6. What is the spread operator in ES6?

Spread operator is used to obtain the list of parameters. It is represented by three dots (…). Basically spread operator takes an iterable (such as array or string) and expands it into individual elements. In JavaScript, it is mainly used to make shallow copies of JS. It makes your code concise and increases the readability of your code.

You can use the spread operator to combine or to perform the concatenation between arrays. An example is given below…

7. What is Destructuring in ES6?

In ES6 destructuring was introduced to extract data from arrays and objects into an individual variable. It allows you to extract the smaller fragment from objects and arrays. An example is given below…

Before the ES6 was introduced we were using an object to map the keys and values. Map becomes a new way in ES6 to represent the data in key-value pairs. Map is ordered, and it remembers the insertion order of the keys. You can traverse the elements in their insertion order.

Below is the representation of Map

But it created the problem of callback hell and to overcome this problem promises were introduced.

10. What is callback and callback hell in JavaScript?

We have included 10 important questions of ES6 which are really important for interview purposes. Apart from these questions, there are some other concepts important in ES6. For example…