Sound Produced by a Vibrating Body

Music connects in places where words cannot be heard. Music and sound are a part of our daily lives. A sound is a type of energy that provides us with the ability to hear. We view items around us by sensing light from them with our eyes. Similarly, ears are employed to sense sound. The vibration of things produces sound, which is transported across a medium from one spot to another.

The back and forth motion of an item is referred to as vibration. Vibrations are caused by the movement of things. We can see the vibrations with our own eyes in many cases. While their amplitude is so little in certain situations that we cannot see them, we may feel them only. Let’s discuss the vibrations and sound produced by the vibrating body more deeply.

Sound is a type of energy that is created by vibrating materials. Vibrations in the body produce vibrations in the particles of the surrounding medium, which travel at a particular speed in the form of waves. The sound generated by plucking a tight string is an example of the above statement being shown.

Vibrations propagate through a medium such as air to our ears, where they are perceived as sound by the brain.

Vibrations in some objects can be observed easily but, in the case when the amplitude of the sound is small it is difficult to see the vibrations. For example, when the guitar is played, the guitar strings are plucked, which vibrates and produces sound. This sound produced by it travels through the air and reaches our ears.

A stretched animal skin (as in drums and tables), stretched strings (as in guitars and sitars), or air columns can serve as the vibrating body (as in flute or pipes).

A sound wave is the arrangement of the disturbance created by the motion of energy traveling through a medium (such as air, water) when it propagates away from the source of the sound. The source is any object that causes a vibration, such as a ringing bell, or someone’s vocal cords. The vibration produced by the object disturbs other particles in the surrounding medium, which then disturb particles next to them, and so on. Such order of the disturbance creates outward motion in a wave-like pattern that transfers the sound energy through the medium, generally in all directions but with less intensity when it moves farther from the source object is called the Sound wave.

Generally, the sound waves are created by the vibration of the source object, particles (atoms or molecules) present in the medium of propagation of the sound, and the eardrum of the listener. Therefore, when a sound is produced through the vibration of any object, it causes the air molecules to hit its neighboring molecules, which then hit molecules next to it, and so on. There is a series of collisions that pass through the medium as a sound wave. 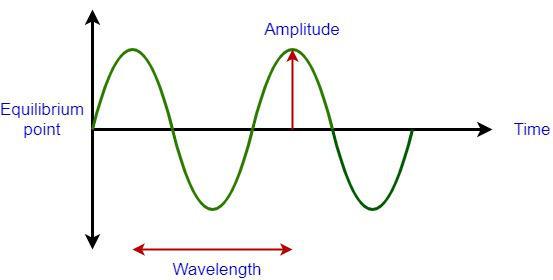 Components of a Sound Wave

Following are some terms related to the sound wave:

Illustration of the Sounds Produced by the Vibrating body

Generally, a tuning fork consists of a handle along with two times and a handle. The sound through a tuning is produced when it is hit using a rubber, producing vibrations in its two times. This to and fro motion of times leads to the generation of the disturbances in the air molecules present nearby. Hence, this helps to the production of the sound waves using a tuning fork.

Problem 1: What an object does to produce sound?

An object must vibrate that is the back and forth motion of an object to produce the sound. Vibrations are caused by the movement of things.

Problem 2: How a body making a sound is different from one that is silent?

A sound-producing body vibrates, whereas a quiet one does not. Even by touching, the two bodies may be distinguished: some vibrations or sensations may be felt in a body that makes sound, but they are lacking in a quiet one.

Problem 3: What makes a ringing phone’s bell sound to our ears?

The vibration of particles presents in the air makes the sound of a ringing bell to reach our ears.

Problem 4: What is the cause of the sound?

The simple yet quick mechanical vibrations of various elastic substances produce sound. These, when moved or struck, transmit the same type of vibrations to the auditory nerve of the ear, which is then appreciated by the mind.

Problem 5: Sounds are produced by vibrations in the body. How do you show it?

Previous
Limiting Friction
Next
How is Sound Produced by Humans?
Related Articles
1. How is Sound Produced by Humans?
2. Sound Pressure Level Formula
3. What are the Characteristics of Sound Waves?
4. Reflection of Sound
5. Speed of Sound
6. Sound Needs a Medium for Propagation
7. Production and Propagation of Sound
8. Sound Intensity Formula
9. How to calculate the Wavelength of Sound?
10. Motion of a Rigid Body
Article Contributed By : 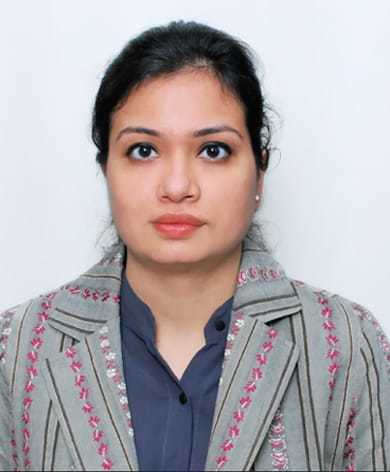