Physical and Chemical Properties of Ethers

Organic chemicals such as alcohol, phenol, and ether are extensively employed in both domestic and industrial settings. Perfumes, sanitizers, and fuels are all examples of these goods, which are used in a number of ways in our daily lives.

Ethers are a form of an organic molecule in which a single oxygen atom connects two hydrocarbon groups (alkyl or aryl). It is represented using the R-O-R′ formula. 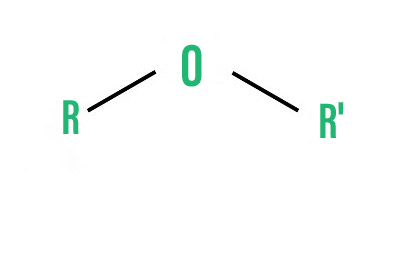 In the formula, R′, the hydrocarbon group could be the same as or different from R.

Ethers are generated when the hydrogen atom of the hydroxyl group in alcohols is replaced by an alkyl or aryl group. 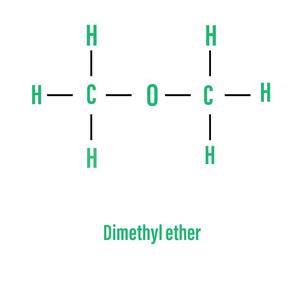 The oxygen and carbon in the C-O-C bond are sp3 hybridized. The repulsion of two lone pairs (lp) on the oxygen atom causes the bending form. The presence of bulky groups at both ends of the oxygen atom, as well as the bp-bp repulsion resulting in a C-O-C bond angle of around 111.7, produce a steric barrier. 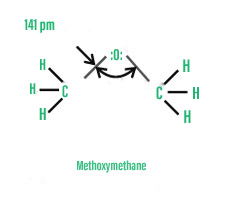 Ethers are divided into two types based on the groups at R and R’: 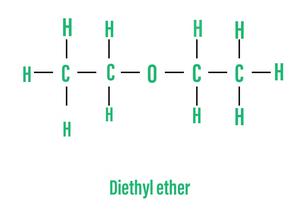 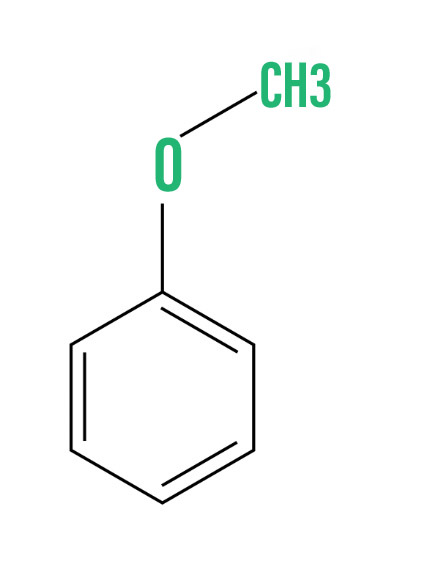 The physical characteristics of ethers are as follows: 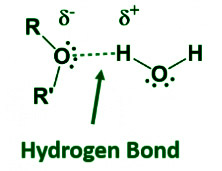 When compared to linear aliphatic ethers, cyclic ethers such as tetrahydrofuran and 1,4-dioxane are miscible in water due to the more exposed oxygen atom for hydrogen bonding.

Reactions Due to Alkyl Group

All of the hydrogen atoms in ethers are substituted in the presence of sunlight.

Reaction Due to Ethereal Oxygen

Question 1: What is the classification of ether?

Ethers are divided into two categories based on the presence of a hydrocarbon (aryl or alkyl) chain at both ends of the oxygen atom: simple or symmetrical ethers, and mixed or asymmetrical ethers.

Question 2: Why are ethers soluble in water?

Two alkyl groups (R–O–R′) are connected to the ends of an oxygen atom in ethers. Because of its high electronegativity, oxygen behaves as a hydrogen-bond acceptor and is soluble in water in the same way that alcohols are.

Question 3: How to convert alcohol into the ether?

The production of ethers is caused by the acid catalysed dehydration of primary alcohols. A condensation reaction occurs when two molecules of primary alcohol combine to generate a bigger one while also freeing a tiny molecule of water.

Question 4: Why is ether stored in a bottle containing iron wire?

When exposed to sunlight, ether reacts strongly with ambient oxygen, creating peroxide, which explodes when heated, resulting in a major accident.

When ether is held in a bottle with iron wire, oxygen reacts with the iron to generate iron oxide, which prevents ether from becoming peroxide. As a result, ether is stored in a container with iron wire inside.

Question 5: What is diethyl ether used for?

Question 6: What are the physical properties of ethers?

Question 7: What is Friedel-Crafts Reaction?

The Friedel-Crafts procedure involves reacting an alkyl halide and an acyl halide in the presence of anhydrous aluminium chloride (a Lewis acid) to add alkyl and acyl groups at ortho and para positions in anisole.