Is every rectangle a rhombus?

Rectangle is a two-dimensional geometrical figure depicted by four sides and four corners. A rectangle contains sides such that the length of the opposite sides is equal and these sides are parallel to each other. The sides sharing a corner from adjacent sides with an angle of 90° between them. Therefore, there are four right angles in the rectangle. 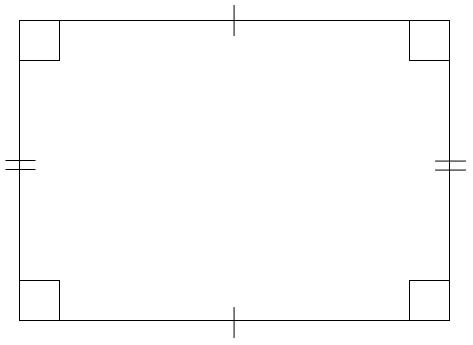 The properties of a rectangle are given below:

Perimeter of a Rectangle

The total displacement covered by going through the boundary of the rectangle can be termed as the perimeter. Since both length and breadth are denoted by unit length, the perimeter is also measured in unit length.

Perimeter can be denoted by,

The region covered by a two-dimensional geometrical figure in a plane is called the area of a figure. Thus, the area of a rectangle is the area included within its boundaries. It is measured in square units. The area is equivalent to the product of the length and breadth of the rectangle.

Area can be denoted by,

Diagonal of a Rectangle Formula

Diagonals of any geometrical figure connect alternate vertices. The length of diagonals of a rectangle can be calculated by the following formula, denoted by d,

l = length of the rectangle

w = width of the rectangle 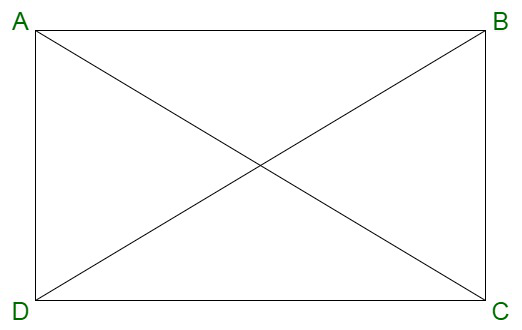 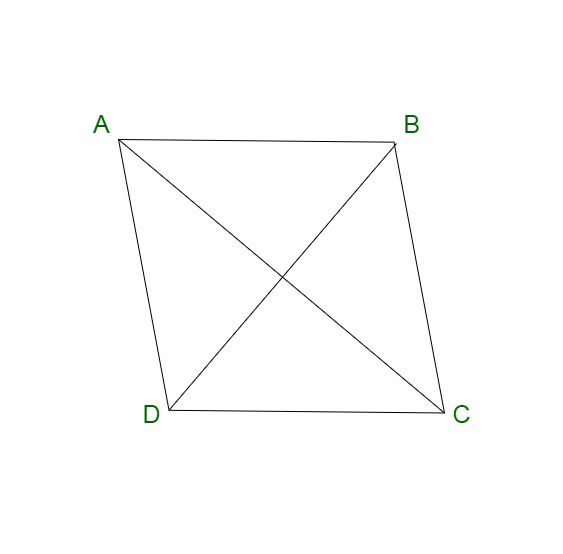 A rhombus contains the following properties :

where the diagonals of the rhombus are denoted by d1 & d2 and ‘a’ is the side.

where d1 and d2 are the diagonals of a rhombus. 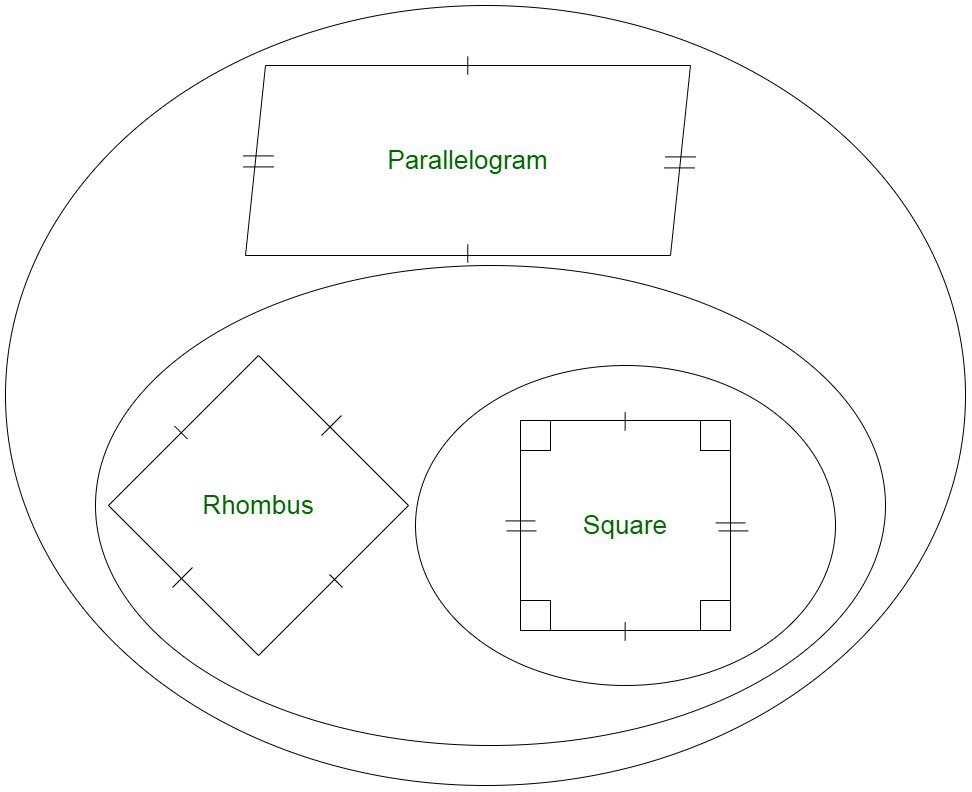 Is every rectangle a Rhombus?

Why is a Rhombus a Rectangle?

Question 1. Calculate the area of a rectangular frame, which has 6 inches in length and is 3 inches wide.

Substituting the values, we obtain,

Question 2. Find the length of diagonal of a rectangle which has length as 12 cm and width, 8 cm respectively.

Question 3. Find the area of a rhombus with the two diagonal lengths d1 and d2 to be 6cm and 12 cm, respectively.

Area of the rhombus is given by,

Question 4. Difference between Rhombus and Rectangle?