How to Identify an Algebraic Expression? 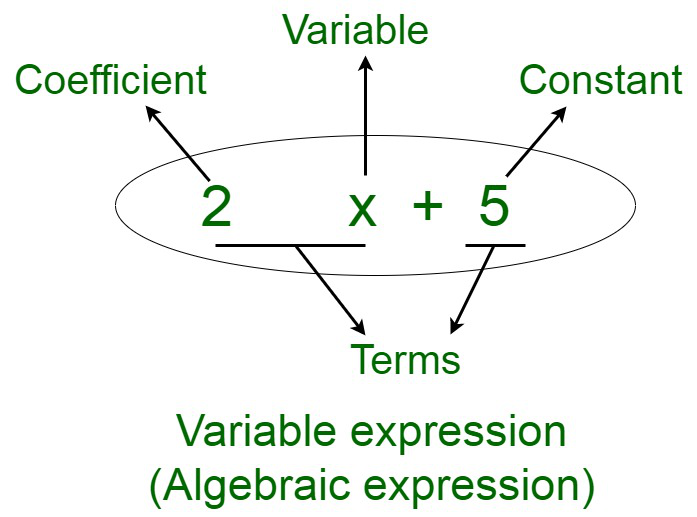 The algebraic expression is constituted by the following parts:

4x and 3y, where 4 and 3 are coefficients and x and y, are variables. -2 is the constant part of the expression.

Question 2: Illustrate some types of functions that are not algebraic expressions.