How to check first number is divisible by second one in JavaScript ?

Given two numbers and the task is to check the first number is divisible by the second number or not with the help of JavaScript.

Before getting into the coding part, first let us know about the modulo operator and triple equals. To find a number is divisible by another or not, we simply use the reminder operator and if remainder is 0 then it is divisible otherwise not divisible.

We have used “==” operator for comparing the value of expressions. But when it comes to JavaScript we use “===”(Triple equals).

Reason to use Triple equals: The triple equal sign tests for strict equality between two values. Both the type and the value you’re comparing have to be exactly the same.

The double equal tests for loose equality and preforms type coercion. It means we compare two values after converting them to a common type.

Example: This is the code to check if the first numeric argument is divisible by the second one in JavaScript.

Hence, this is how you can check if the first numeric argument is divisible by the second one or not in JavaScript.

My Personal Notes arrow_drop_up
Previous
JavaScript Symbol.iterator Property
Next
How to remove n elements from the end of a given array in JavaScript ?
Recommended Articles
Page :
How to merge the first index of an array with the first index of second array?
08, Jun 20
How to compare two objects to determine the first object contains equivalent property values to the second object in JavaScript ?
21, Apr 21
How to find all elements in a given array except for the first one using JavaScript ?
31, Mar 21
How to check if one date is between two dates in JavaScript ?
30, Dec 19
Linear Equations in One Variable - Solving Equations which have Linear Expressions on one Side and Numbers on the other Side | Class 8 Maths
28, Oct 20
Theorem - There is one and only one circle passing through three given non-collinear points | Class 9 Maths
30, Jan 21
How to delete all table rows except first one using jQuery?
08, Feb 21
Difference between :first-child and :first-of-type selector in CSS
30, Jan 20
PHP | Second most frequent element in an array
11, Apr 18
p5.js | second() function
07, Apr 19
How to set indent the second line of paragraph using CSS ?
22, Apr 20
What is MIPS(Million of Instructions Per Second)?
01, May 20
Underscore.js _.second() Method
28, Jul 20
Moment.js moment.second() Method
06, Aug 20
Lodash _.second() Method
13, Sep 20
Python program to print current hour, minute, second and microsecond
05, Apr 21
How to find the sixth cell (second row and third column ) of a 3x3 table in jQuery ?
15, Apr 21
Python program to find second maximum value in Dictionary
12, Dec 18
How to move an array element from one array position to another in JavaScript?
21, Jun 20
How to get the elements of one array which are not present in another array using JavaScript?
12, Sep 19
Copy all the attributes of one element and apply them to another with JavaScript
29, Jan 20
How to replace an HTML element with another one using JavaScript ?
16, Nov 20
JavaScript | Auto-filling one field same as other
21, Feb 18
JavaScript | Program to generate one-time password (OTP)
12, Oct 18
Article Contributed By : 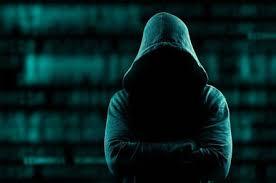