In Daily Life, You might have seen a vehicle slowing down, or you also have stopped your cycle by applying break whenever needed. Did you notice that an object moving on another object’s surface stops after some time when no external force is applied? Have you ever think about why this happened? Have you ever think why a football stops rolling when you stop kicking it? Or why it is hard to run/walk on a wet or a smooth surface?

The reason behind these incidents is a force who is opposing the movement. This force is called Frictional Force or simply Friction. We can understand Friction via following example:

Take a book and push it on a table. 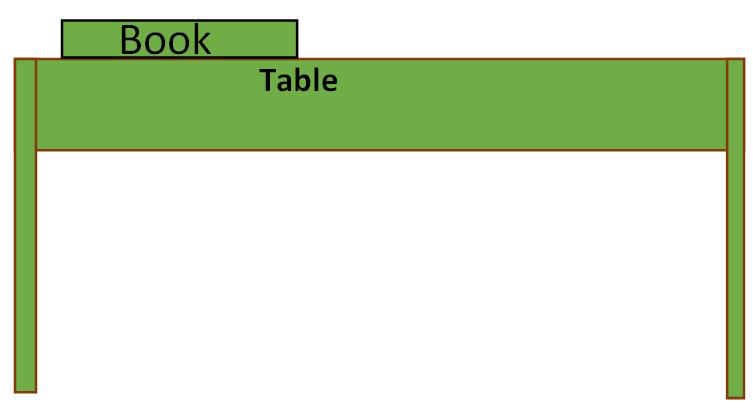 You observe that it stops after moving for some distance. This Book stops just because of friction acting between book and surface of table.

Friction can be defined as a force opposing the relative motion between two surfaces in contact. It acts on both the surfaces.

Take a book and push it on a table.

You observe that it stops after moving for some distance. Now push the same book on a rough floor surface.

So we can say that friction depends on the nature of surfaces in contact and rough surfaces cause more friction.

Let’s take an example to understand this.

Take a heavy box and move it from one place to another. You can feel that it is hard to move the box. This is because heavy box presses the surfaces harder so interlocking of irregularities increases.

What is easier — to move the box from rest, or to move it when it is already in motion?

When the box starts sliding, the contact points on its surface do not get enough time to lock into the contact points on the floor. So, the sliding friction is slightly smaller than the static friction, and you find it somewhat easier to move the box already in motion than to get it started.

Why is Friction a Necessary Evil?

Can you think of a boy holding a glass test-tube? Now apply a layer of oil or grease on the test-tube. Is it easier or harder to hold glass now?

The layer of oil or grease decreases the friction and glass test-tube starts to slide. Now think about running on a wet surfaces. It will be difficult to run because of the smoothness of the surface. You could not write if there is no friction. We will be unable to walk. Automobiles like cars, buses will not ever stops if there is no friction.

We can say that we need friction in our daily life. Whereas friction have advantages it also have disadvantages. Friction wears out the materials whether they are machinery parts, soles of shoes, screws, ball bearings or many others. Friction also produces heat. Think about a mixer jar. When it runs for a few minutes, it becomes hot because of the heat produced by friction. Similarly, when a machine is operated, heat generated causes much wastage of energy. So we can state Friction as a necessary evil.

Think about sole of your shoes. It has some grooving. Similarly, a tyre also have some grooving. This grooving is made to provide better grip with the ground. In such cases, we increase the friction between the two surfaces. Now think about your cycle’s chain. It starts to work more smoothly when you apply some grease on it. Greases make a layer between the surfaces, so they did not rub against each other and friction reduces to work chain more smoothly. The substances which reduce friction are stated as lubricants.

A bag with wheels can be easily pulled instead of sliding it without wheels. Wheel rolls over the surface and related friction is called rolling friction. Rolling reduces friction. Rolling is always better than sliding.

The frictional force exerted by fluids is also called drag. The force of friction on an object in a fluid depends on its speed with respect to the fluid. It also depends on the shape of the object and the nature of the fluid.

To reduce the fluid friction aeroplanes are designed in a shape minimizing friction.

Question 1. Raveena has a table which is tilted toward an end. A book starts sliding down on it. Show the direction of force of friction. 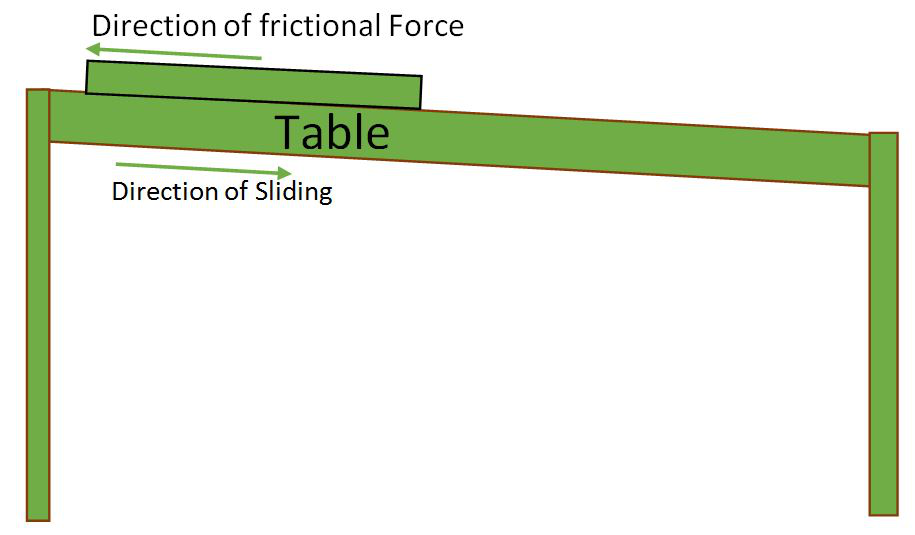 Question 2. Madhav and Shalu have to push two similar weight box on a similar surface. Shalu’s box has wheels attached to it. Who has to apply more force to push the box?

Question 3. Why we use powder while playing the carom?

Powder forms a layer between the surfaces of board and billiards, so friction between these surfaces reduces, and it became easier to play. That’s why we use powder while playing the carom.

Question 4. Arrange forces due to static, sliding, and rolling frictions in increasing order.