YOLO was proposed by Joseph Redmond et al. in 2015. It was proposed to deal with the problems faced by the object recognition models at that time, Fast R-CNN is one of the state-of-the-art models at that time but it has its own challenges such as this network cannot be used in real-time, because it takes 2-3 seconds to predicts an image and therefore cannot be used in real-time. 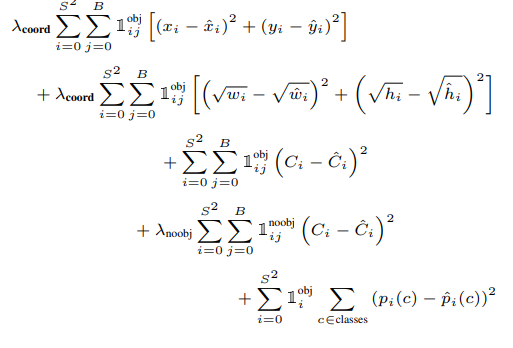 bounding box responsible for prediction of object in the cell i.

are regularization parameter required to balance the loss function.
In this model, we take 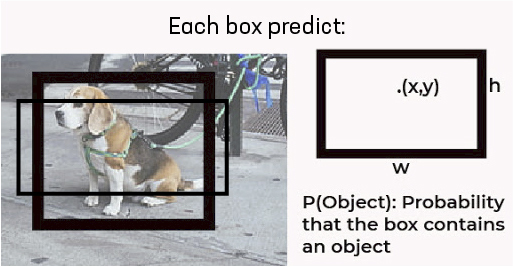 This results into combination of bounding boxes from each grid like this. 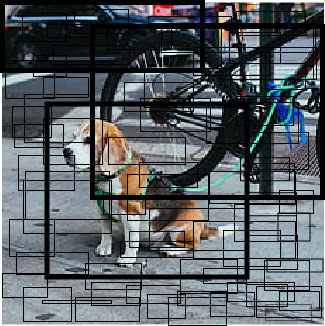 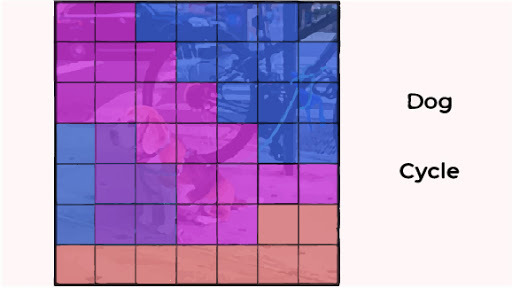 This probability were conditional based on the presence of an object in grid cell. Regardless the number of boxes each grid cell predicts only one set of class probabilities. These prediction are encoded in the 3D tensor of size S * S * (5*B +C).

Now, we multiply the conditional class probabilities and the individual box confidence predictions, 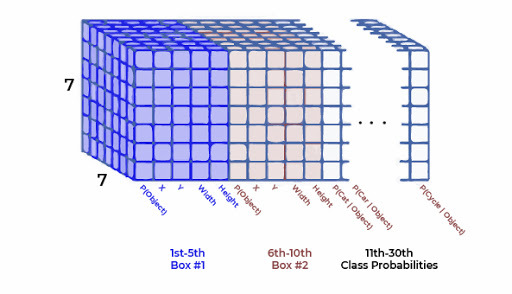 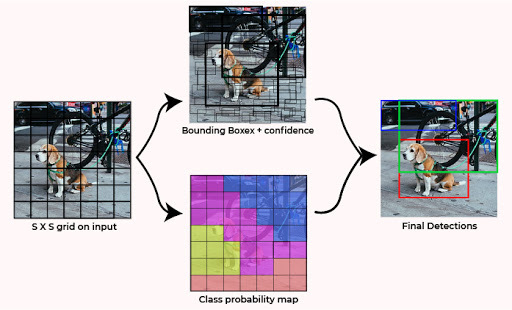 which gives us class-specific confidence scores for each box. These scores encode both the probability of that class appearing in the box and how well the predicted box fits the object. Then after we apply non-maximal suppression to predict generate the final result of the input
YOLO is very fast at the test time because it uses only a single CNN architecture to predict results and class is defined in such a way that it treats classification as a regression problem.