Extensible Markup Language (XML) is a markup language that defines a set of rules for encoding documents in a format that is both human-readable and machine-readable. The design goals of XML focus on simplicity, generality, and usability across the Internet. It is a textual data format with strong support via Unicode for different human languages. Although the design of XML focuses on documents, the language is widely used for the representation of arbitrary data structures such as those used in web services.

Differences between XML and HTML

XML and HTML were designed with different goals:

EXAMPLE :
XML code for a note is given below

HTML code for the note is given below 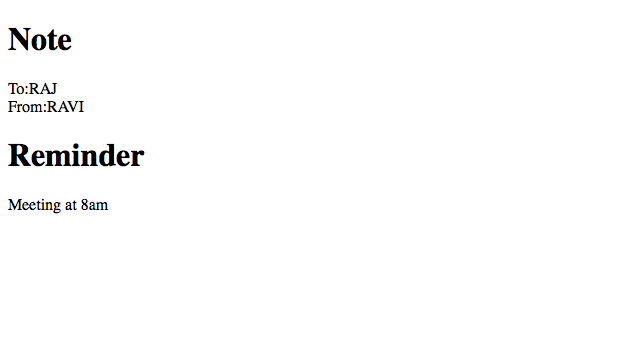 Another Example:
The XML above is quite self-descriptive: 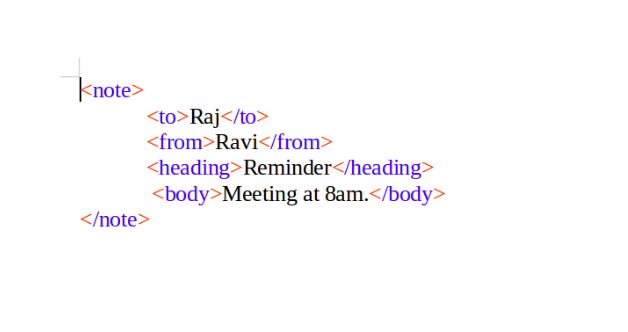 Basically XML above does not do anything. XML is just information wrapped in tags. Users must require a piece of software to send, receive, store, or display it.

XML is Extensible: XML applications will work as expected even if data is edited i.e. added or removed. Example :The above note is edited into a newer version by adding date tag and hour tag , and by removing the heading tag.
Previous version 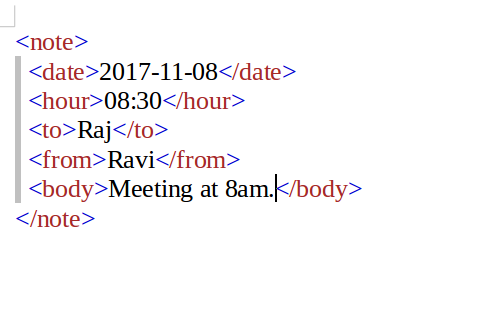 Quiz on HTML and XML