X.25 is generally a protocol that was developed by International Telecommunications Union (ITU). It usually allows various logical channels to make use of same physical line. It basically defines a series of documents particularly issued by ITU. These documents are also known as X.25 Recommendations. X.25 also supports various conversations by multFiplexing packets and also with the help of virtual communication channels. X.25 basically encompasses or suits to the lower three layers of the Open System Interconnection (OSI) reference model for networking. These three protocol layers are : 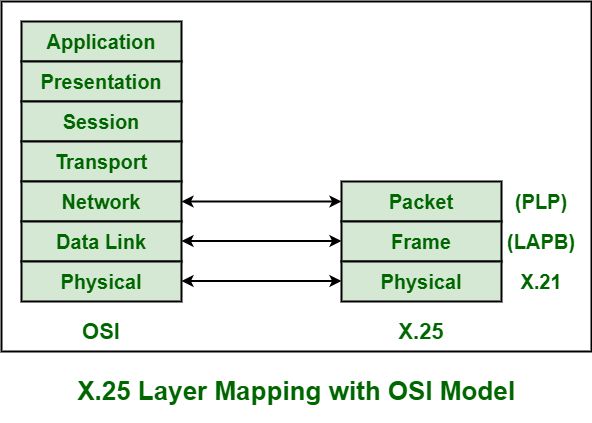