Write Through and Write Back in Cache

We can update the value in the cache and avoid expensive main memory access. But this results in Inconsistent Data Problem. As both cache and main memory have different data, it will cause problems in two or more devices sharing the main memory (as in a multiprocessor system).
This is where Write Through and Write Back comes into the picture. 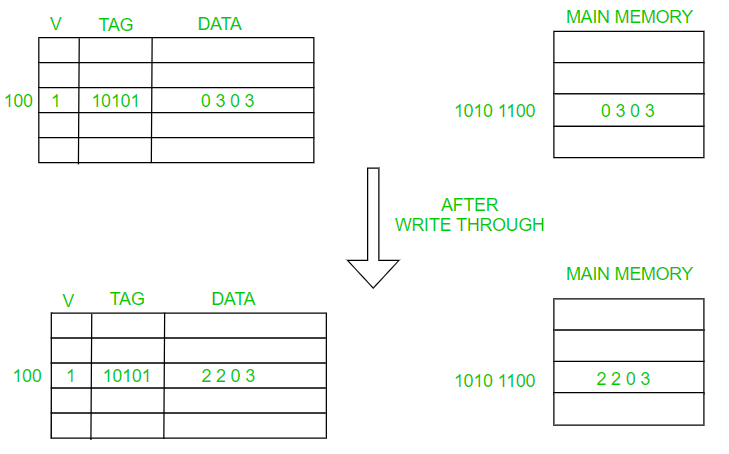 In write-through, data is simultaneously updated to cache and memory. This process is simpler and more reliable. This is used when there are no frequent writes to the cache(The number of write operations is less).

It helps in data recovery (In case of a power outage or system failure). A data write will experience latency (delay) as we have to write to two locations (both Memory and Cache). It Solves the inconsistency problem. But it questions the advantage of having a cache in write operation (As the whole point of using a cache was to avoid multiple access to the main memory). 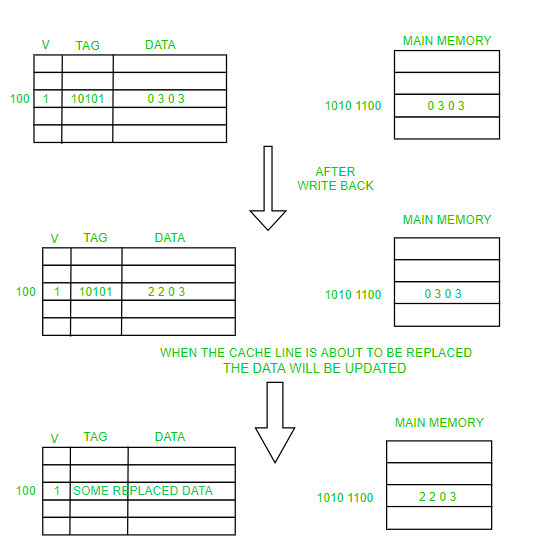 The data is updated only in the cache and updated into the memory at a later time. Data is updated in the memory only when the cache line is ready to be replaced (cache line replacement is done using Belady’s Anomaly, Least Recently Used Algorithm, FIFO, LIFO, and others depending on the application).
Write Back is also known as Write Deferred.

Dirty Bit: Each Block in the cache needs a bit to indicate if the data present in the cache was modified(Dirty) or not modified(Clean). If it is clean there is no need to write it into the memory. It is designed to reduce write operation to a memory. If Cache fails or if the System fails or power outages the modified data will be lost. Because it’s nearly impossible to restore data from cache if lost. 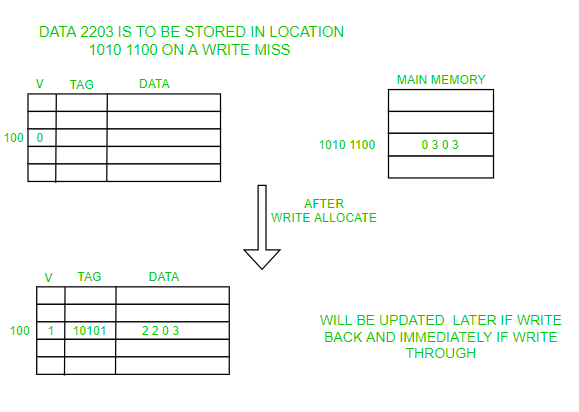 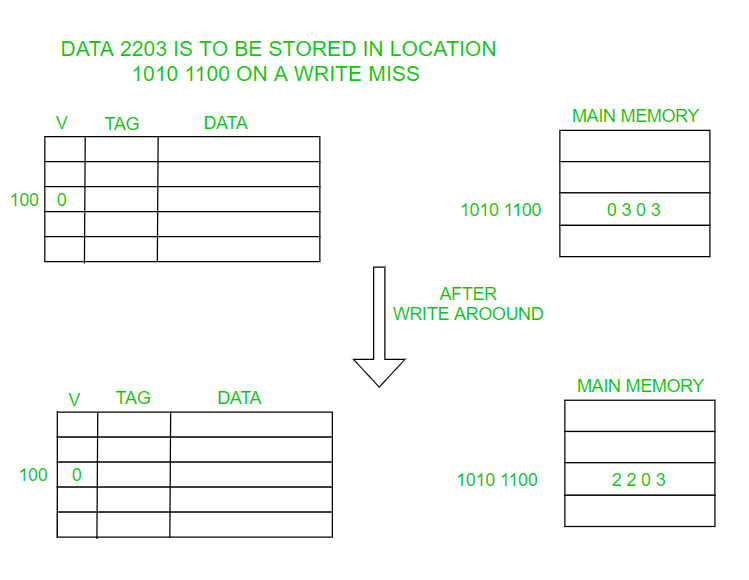 Here data is Directly written/updated to the main memory without disturbing the cache. It is better to use this when the data is not immediately used again.