Since the concept of a smart city was introduced, IoT has been considered the key infrastructure. Internet of Things (IoT), a new era of computing whereby every imaginable object is equipped with or connected to a smart device allowing data collection and communication through the Internet.

“The Internet of Things has taken the world by storm.”

The current revolution of IoT is fuelled by the advent of SBC. A single-board computer (SBC) is a fully functional computer on a single circuit board. A single-board computer is any complete computer that is built on a single circuit board and contains functional computer components including the microprocessor, input/output (I/O), memory. and in some cases ROM (EEPROM to be specific) for OS storage. Unlike personal computers, we cannot upgrade or change components of single-board computers. SBC computers typically provide a fanless, low-power computing solution and a low profile architecture. The main selling point of SBCs is their small size which enables them to be used in mobile and ubiquitous applications. Also, along with single board computers, microcontroller boards such as Arduino play a significant role in the IoT landscape. Let’s have a brief look at the list of SBC and the microcontroller board market.

Let’s talk about the popular SBC:

When it comes to single board computers, the Raspberry Pi is the undisputed heavyweight champion of the world. The first Raspberry Pi was introduced on 24 February 2012. There have been three generations of Raspberry Pi’s: Pi 1, Pi 2, and Pi 3, and there has generally been a Model A and a Model B of most generations. The main difference between model A and model B is the USB port.
Model A board will consume less power and that does not include an Ethernet port. But, the model B board includes an Ethernet port. 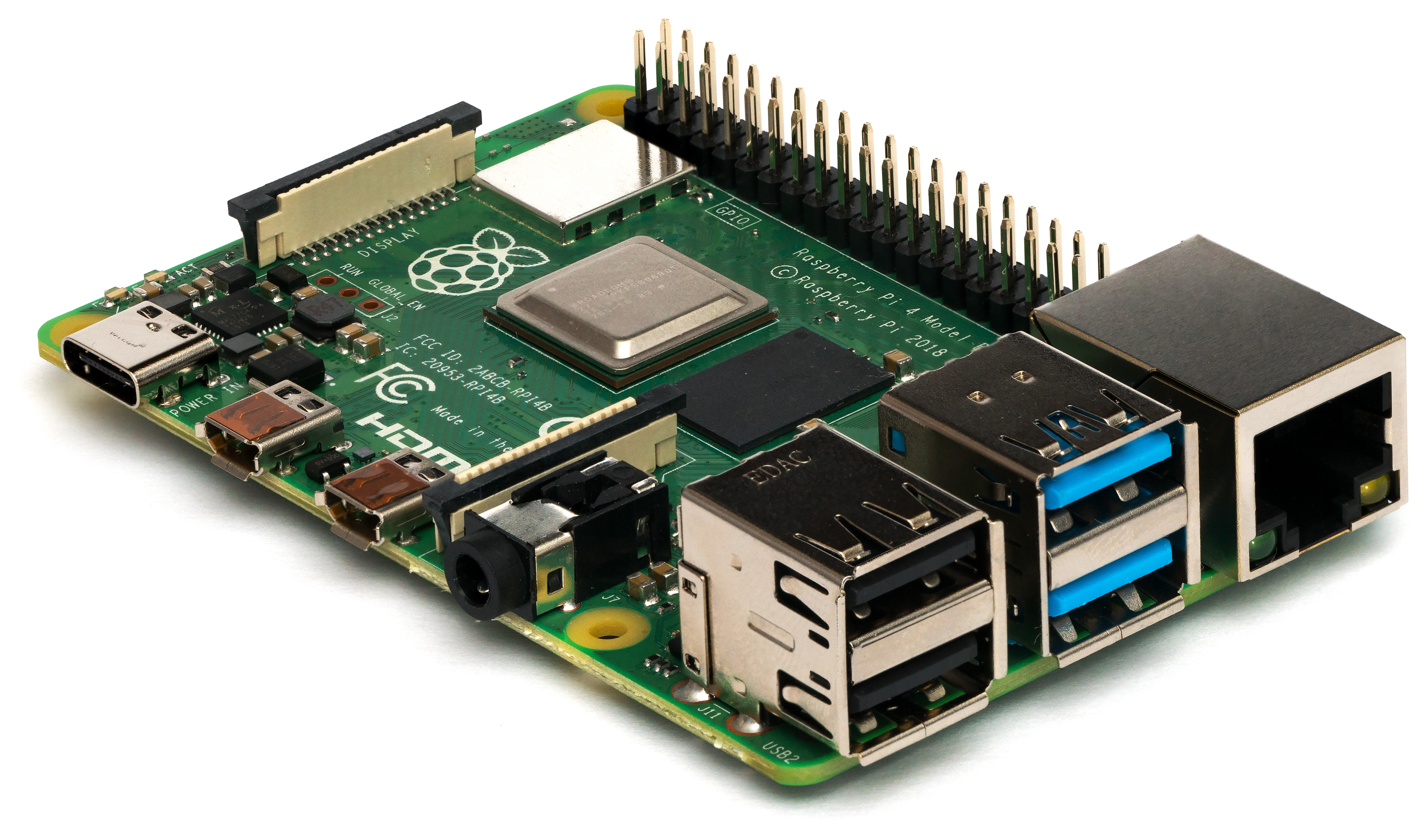 The newest device from the Raspberry Pi Foundation, Raspberry Pi 3 Model B, comes with both built-in Wi-Fi and Bluetooth 4.1.
Like with most things Raspberry Pi, it doesn’t come working out of the box, though. Even after you install NOOBS or Raspbian, you still have to do some work to get Bluetooth up and running.
It is capable of performing the live audio & video streaming by using the GStreamer GST-launch libraries. It records audio through its USB 2.0 ports using the advanced Linux sound architecture (ALSA).

Microcontroller Boards and Computer boards are the heart of any electronics project. Whether you are building an intelligent robot or a simple sensor, microcontrollers are required to process and act out on the data received. They mostly follow similar designs. They have limited onboard memory, run on low power, and feature a set of General Purpose Input and Output (GPIO) pins, programmable usually via USB cable.
If you have an interest in microcontrollers you’ve almost certainly heard of Arduino. Did I say that the Arduino was launched before Raspberry pi? Yes, Arduino was introduced in 2005, that’s 7 years before the Raspberry pi was on sale. The hardware of Arduino contains many programmable circuit boards as a microcontroller for connecting sensors or other modules to build up a project. In terms of Arduino products, there are many Arduino boards available such as Arduino Uno, Arduino Mega, etc. Besides, there are also many extended boards based on the Arduino platform such as Seeeduino Boards.

Areas where Arduino can be Used: 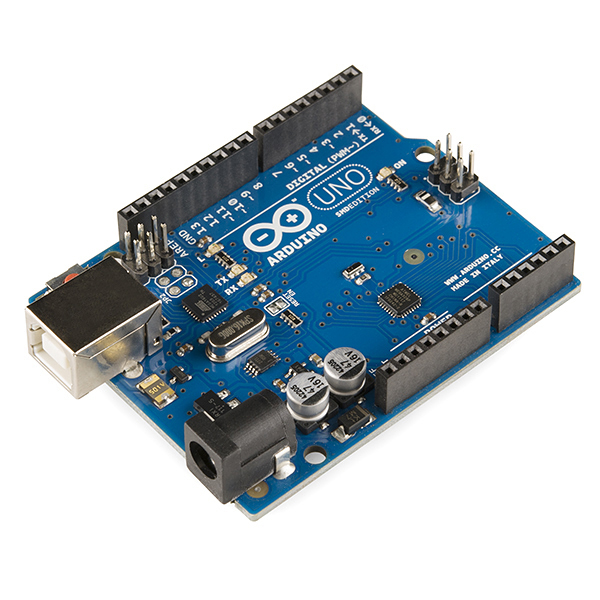 Arduino is beneficial when it comes to things like hobby projects. But the industry does not accept products built using Arduino. The reason is that these boards are not designed for an industry rough environment. Development on Arduino is just for the sake of learning. After a certain level, It becomes a little less equipped. It means that Any Industry or a Company won’t be using Arduino. But the concepts may cross their paths. So you can learn it & then move on to some other Circuit Boards with higher specification & Purpose.

Internet of Things (IoT) is one of the most important technologies these days. It has become an essential component of many hardware projects core. In order to make it easier for developers, Bolt IoT platform appeared as a complete solution for IoT projects. To bridge the gap between the IoT and enterprises, Pranav Pai Vernekar and his team came up with the Bolt IoT platform that provides hardware. It was launched on Kickstarter in November 2018. 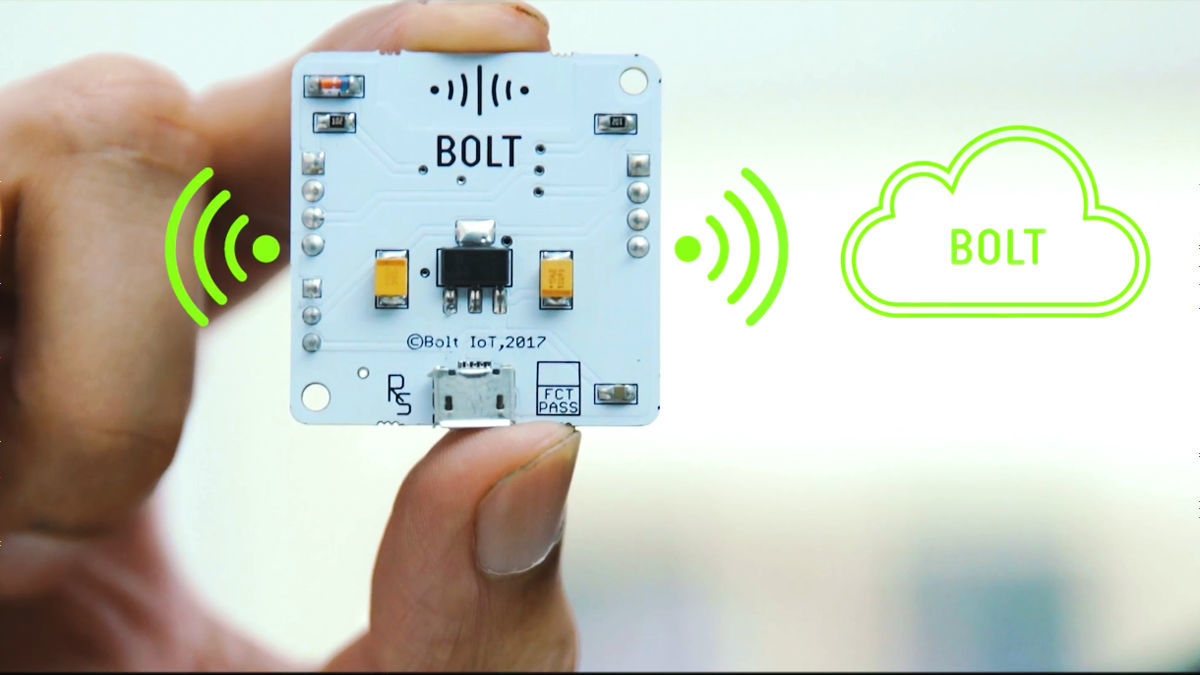 It is a new startup fastly growing platform where you can learn from the very scratch to industry level development. It comes with a WiFi/GSM chip and a cloud platform that helps you connect your devices and sensors to the Internet. With Bolt Cloud, you can control and monitor them over the internet, create personalized dashboards to visualize the data, monitor the device health, run machine learning algorithms, and lot more. Build scalable IoT systems in just a day’s time. Bolt’s small yet highly-functional prototyping board and its intuitive product-building experience help build prototypes at minimum cost and man-hours.

Bolt IoT and ML Platform have been featured by ’Raspberry Pi’ in their magazine as the ‘best maker hardware’ (article mentioned in page 34).

“Bolt IoT makes WiFi projects incredibly easy, and they’ve designed a beautiful kit. It runs on the popular, inexpensive ESP8266 platform, providing easy access to programmable pins and a handsome browser-based data tracking interface. This one really stands out because of its user-friendly nature. It’s obvious that the team has done their homework: the tutorials emphasize areas where newbies are likely to trip up, and the online interface is helpful without being condescending to experienced users. The first WiFi connection is made using a mobile app.”– from the magazine.

The evolution of Bolt is still in progress, and the development of a new version of Bolt called Bolt 2 is in full swing. “The new Bolt is half the size of the first version and its response time has been brought down to less than a second from the earlier speed of three seconds, ” says the Inventor team. The whole development process on the new Bolt is a lot more intuitive and brings down the development time by a large amount. 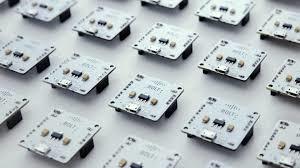 These are some of the achievements of Bolt IoT. It has users across 62 different countries with more than 10,000 units of the hardware module shipped. In 2016 we raised our first round funding of INR 3 Crore. Bolt continues to develop excellent IoT products. IoT Bolt could also be an answer for IoT makers seeking a light-weight and breezy IoT platform to style products.