Working with Magic numbers in Linux

These bytes can be used by the system to “differentiate between and recognize different files” without a file extension.

Most files have the signatures in the bytes at the beginning of the file, but some file systems may even have the file signature at offsets other than the beginning. For example, file system ext2/ext3 has bytes 0x53 and 0xEF at the 1080th and 1081st position.

This produces the following output:-

In this image, we see that the first set of bytes of the file are

These numbers help the system identify the type of file being used. Some files that are not written with their extension, are identified with the help of these magic numbers.

An example of a Zip file, Similarly, use the above mentioned command on a zip file.

In the above image, we can see that the file starts with:

We can use python to perform this operation. Essentially, we will read the bytes of two files, and write them one by one to another empty file. In this article, we will combine a PNG with a Zip file.

Using this python code, we obtain a file output.png.  On running the command:

which will search for the magic numbers (PK is the ASCII equivalent of 50 4b) of a zip file amongst the hex,
we will get the following output:

In this picture, we can see that the zip file magic numbers are present in the hex of the png, meaning that we have successfully appended the hex of the zip file to that of the png. The next step is to separate this zip file from the png.
There is a simple utility, ‘binwalk’ that helps us perform this task easily by typing:

How to use the magic numbers and offsets to extract the zip file from the output :

How to corrupt a file by changing its Magic Number?

Changing the magic numbers of a file renders the file useless. We will be showed an error whenever we try to open a file that has a distorted header. 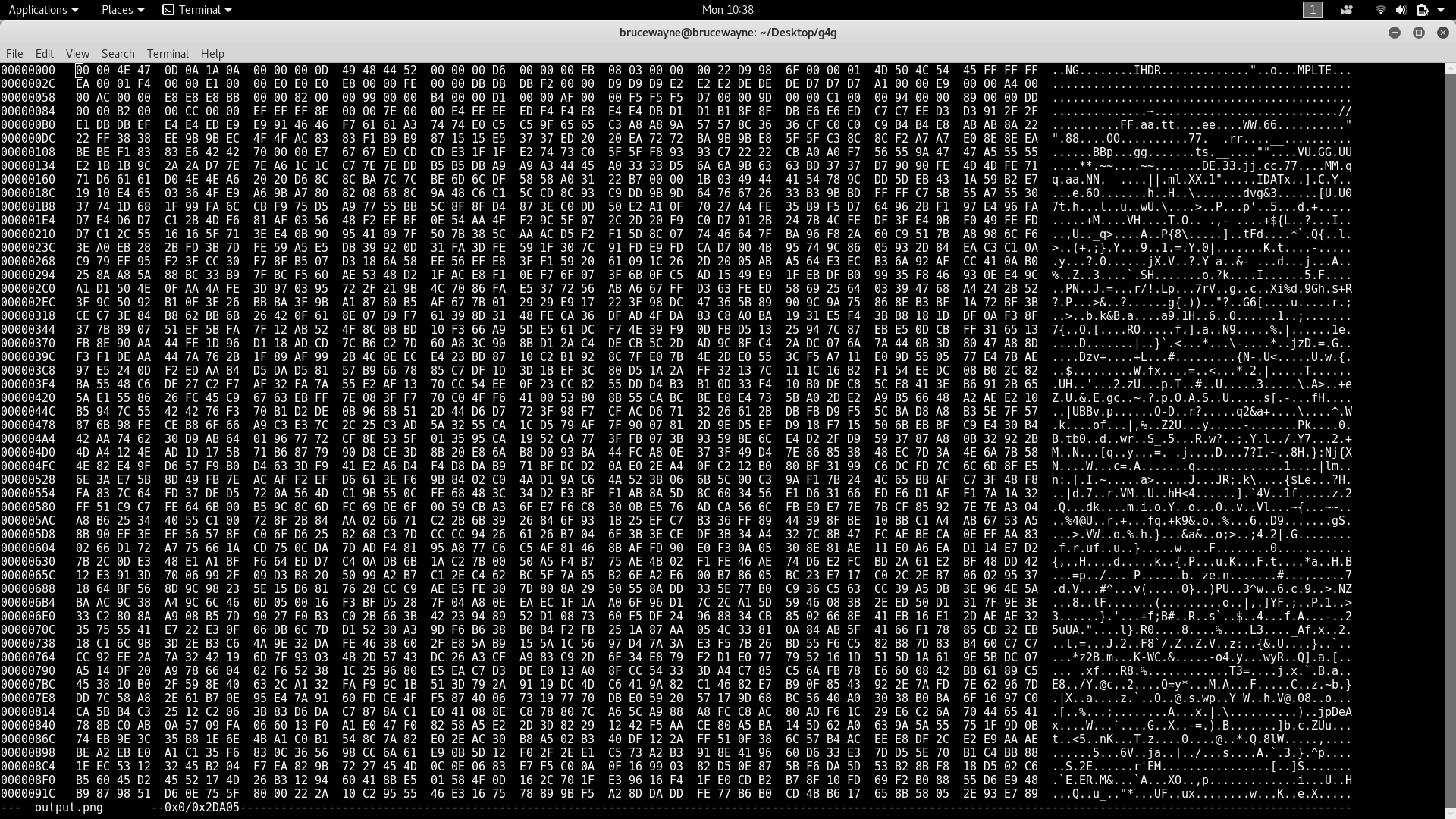 In the above picture, we see that the first 2 bytes have been changed to 00 00, and on the right, we can see that the text has changed from .PNG to ..NG

How to repair a file that has a corrupted magic number?

Let us use the example shown in the picture above where I have corrupted the first two bytes of the PNG. If you try to open the PNG now, it will give you an error saying “Could not load file”, not a “PNG”. This is proof that a system looks at the magic number before opening a file. Knowing that the PNG magic numbers start with 89 50, we can change the bytes back to their original value.
Let us look at another example, using a jpeg image.
Lets first see what a working jpeg hex looks like:

the original magic number bytes are

A JPEG with corrupted magic bytes would look like this:

We notice that the magic bytes in this are

And hence the jpg file will not open if you try to open it. We get this error:

A JPG file typically has magic number “FFD8 DDE0”, “FFD8 FFDB” or “FFD8 FFE1”.
With this knowledge, all we would have to do is try these combinations as headers for the file. Doing this requires the same process as file corruption.

On changing the magic bytes to FFD8 FFE0, the picture opens properly.