In Order to choose an interface for forwarding and blocking states, STP uses three criteria: 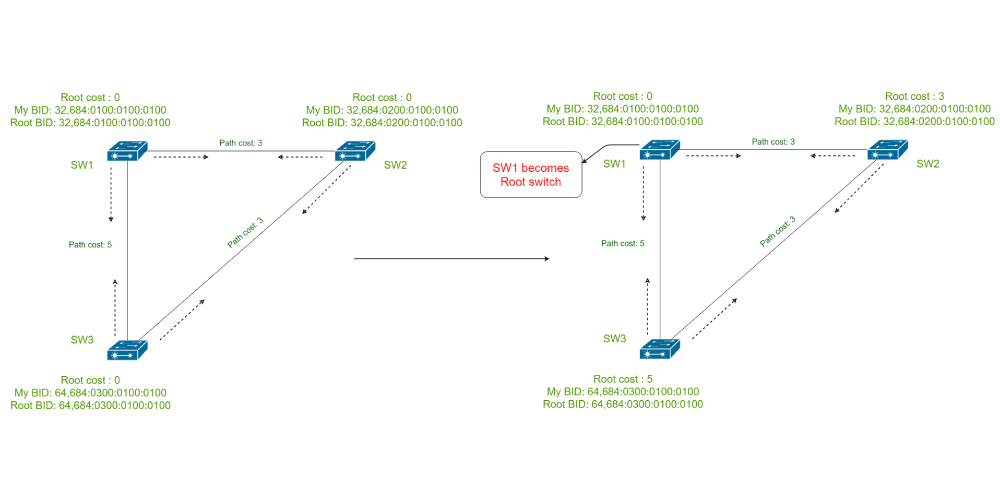 The ports in each switch having minimum path cost to the root switch are chosen as the root port for that switch. In the diagram shown below, the Gi0/1 port of both SW2 and SW3 is chosen as the Root port (RP). 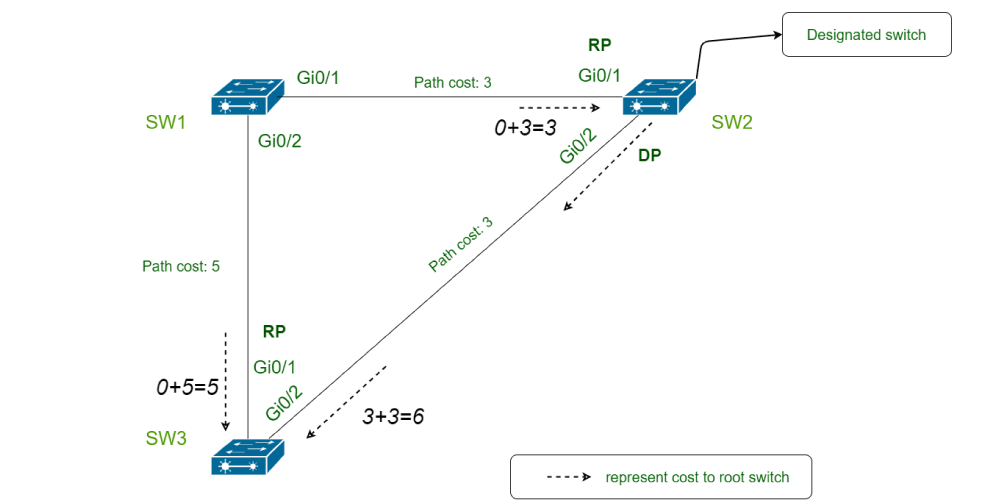