The first 3 layers are usually for intended user-specific .

1. Physical Layer:
It deals with how our data, which are in bit are going to be get converted into various kinds of signals and how these are to be transported among routers and hosts.

To mark this ED 2 strategies are used: Character Stuffing, and Bit Stuffing.

3. Network Layer:
This layer deals with the host-to-host connectivity, i.e., this layer is concerned about how packets are to be transferred without error from one host(sender) to other host(receiver). This layer uses the Logical Addressing which is unique for a device in the entire internet. 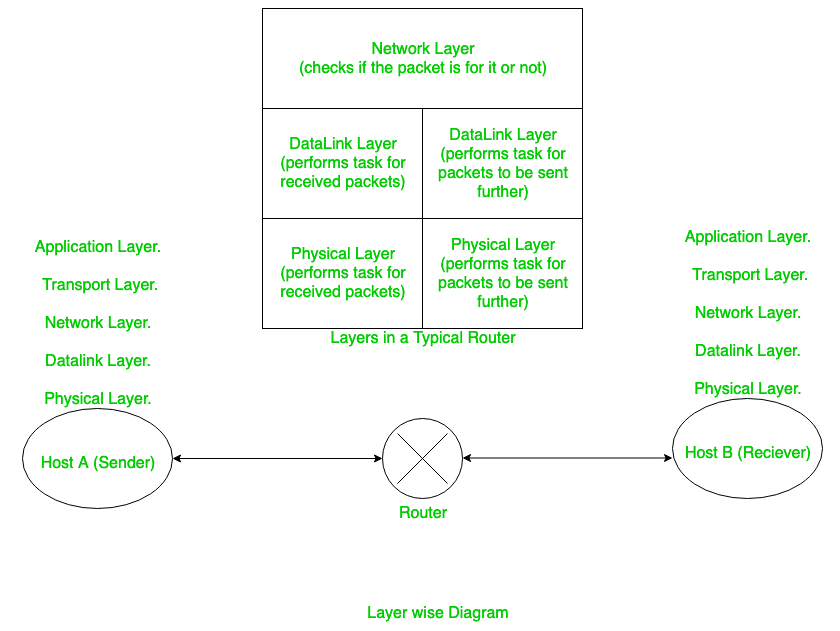 This Layer also performs the task of Congestion control.

Now after learning the functions of the important layers. Now let’s see how it exactly works. Consider the case that we want to use GfG(GeeksforGeeks). Then when we start to send some data then after passing from initial layers (Application) the data will reach in Transport Layer where the port numbers of source and destination are added to the data packet. Then the packet is given to Network Layer and now this Layer will add source and destination IP addresses so that there would be proper communication between the sender and receiver. 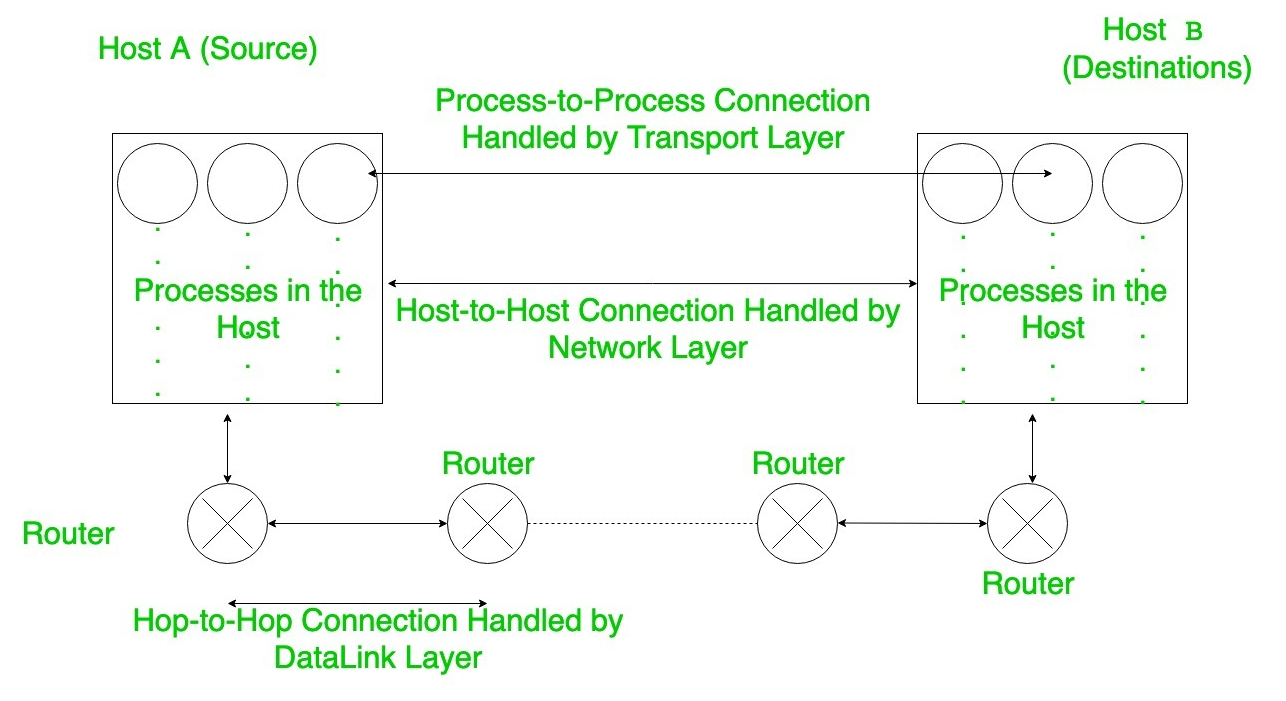 Now when the packet reaches the router (whose mac address was written in the packet) the router accepts that packet then removes the headers and give to Network Layer of that Router and there it checks if the packet is for it or someone else by checking the destination ip in the router. Then again the above mentioned process of DLL is performed again by the router. This process is repeated until the packets reach the Destination Network.