Working of GOSSIP protocol in Cassandra

In this article, we will discuss the overview of Gossip protocol and mainly focus on working of gossip protocol and what is the role in the cluster to communicate with other nodes. Let’s discuss it one by one. 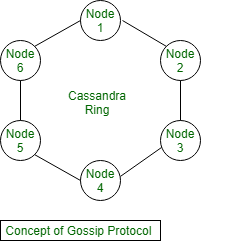 It is most likely a TCP 3-way handshake protocol.