What are Word Embeddings?

It is an approach for representing words and documents. Word Embedding or Word Vector is a numeric vector input that represents a word in a lower-dimensional space. It allows words with similar meaning to have a similar representation. They can also approximate meaning. A word vector with 50 values can represent 50 unique features.

Features: Anything that relates words to one another. Eg: Age, Sports, Fitness, Employed etc. Each word vector has values corresponding to these features.

How are Word Embeddings used?

Word Embeddings are a method of extracting features out of text so that we can input those features into a machine learning model to work with text data. They try to preserve syntactical and semantic information. The methods such as Bag of Words(BOW), CountVectorizer and TFIDF rely on the word count in a sentence but do not save any syntactical or semantic information. In these algorithms, the size of the vector is the number of elements in the vocabulary. We can get a sparse matrix if most of the elements are zero. Large input vectors will mean a huge number of weights which will result in high computation required for training. Word Embeddings give a solution to these problems.

Let’s take an example to understand how word vector is generated by taking emoticons which are most frequently used in certain conditions and transform each emoji into a vector and the conditions will be our features.

In a similar way, we can create word vectors for different words as well on the basis of given features. The words with similar vectors are most likely to have the same meaning or are used to convey the same sentiment.

In this article we will be discussing two different approaches to get Word Embeddings:

In Word2Vec every word is assigned a vector. We start with either a random vector or one-hot vector.

One-Hot vector: A representation where only one bit in a vector is 1.If there are 500 words in the corpus then the vector length will be 500. After assigning vectors to each word we take a window size and iterate through the entire corpus. While we do this there are two neural embedding methods which are used:

In this model what we do is we try to fit the neighboring words in the window to the central word. 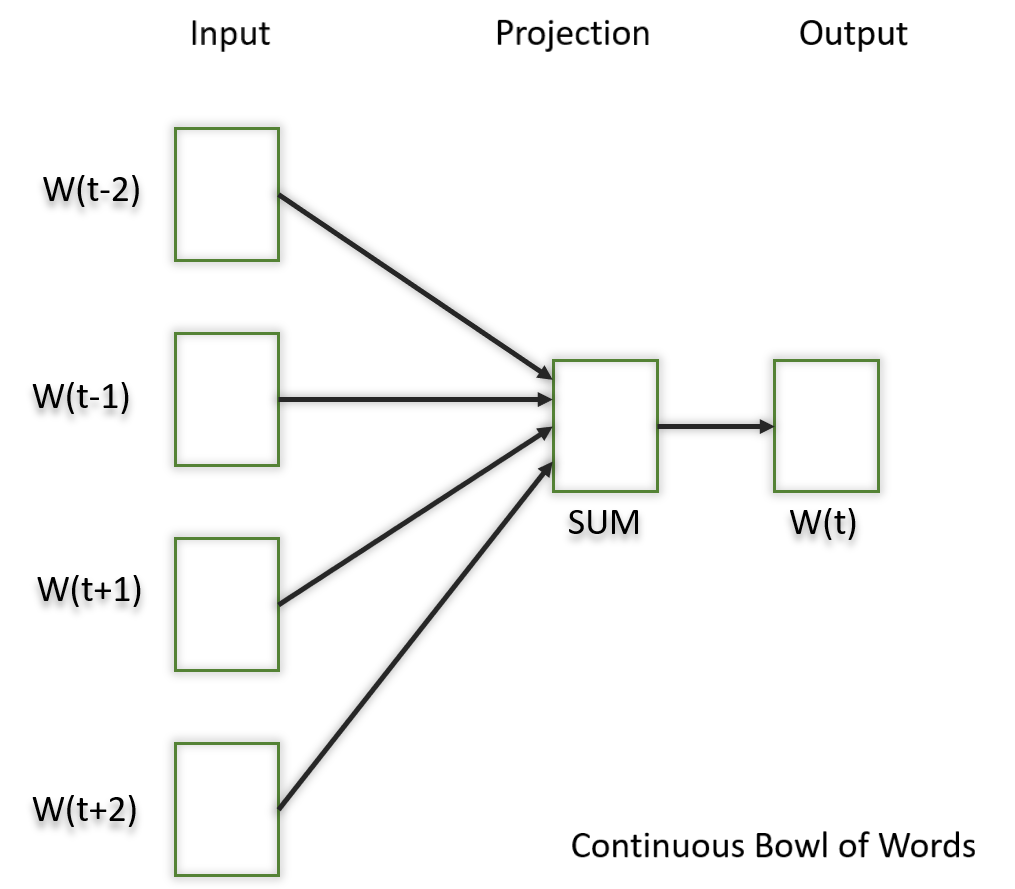 In this model, we try to make the central word closer to the neighboring words. It is the complete opposite of the CBOW model. It is shown that this method produces more meaningful embeddings. 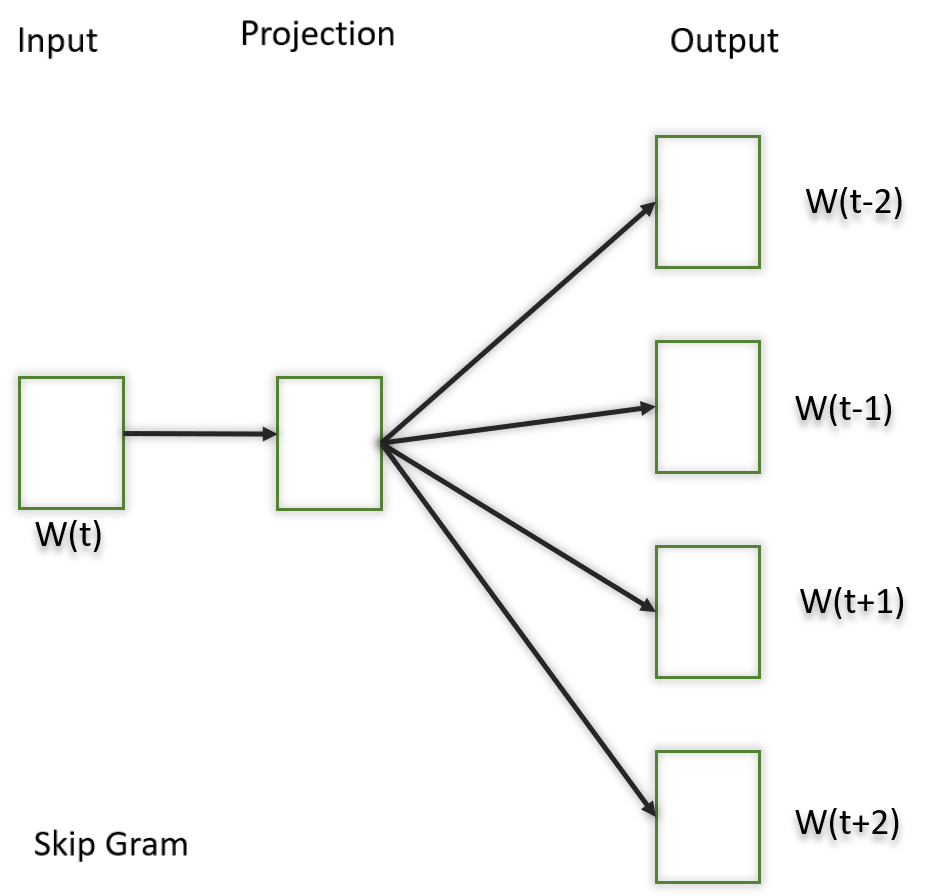 This is another method for creating word embeddings. In this method, we take the corpus and iterate through it and get the co-occurrence of each word with other words in the corpus. We get a co-occurrence matrix through this. The words which occur next to each other get a value of 1, if they are one word apart then 1/2, if two words apart then 1/3 and so on.

Let us take an example to understand how the matrix is created. We have a small corpus:

The upper half of the matrix will be a reflection of the lower half. We can consider a window frame as well to calculate the co-occurrences by shifting the frame till the end of the corpus. This helps gather information about the context in which the word is used.

After many iterations of the above process, we’ll get a vector space representation that approximates the information from the co-occurrence matrix. The performance of GloVe is better than Word2Vec in terms of both semantic and syntactic capturing.

People generally use pre-trained models for word embeddings. Few of them are: