Wi-Fi stands for Wireless Fidelity, and it is developed by an organization called IEEE (Institute of Electrical and Electronics Engineers) they set standards for the Wi-Fi system.

Two Frequencies of Wi-Fi signal :
Wi-Fi routers that come with 2.4 GHz or5 GHz are called the single-band routers but a lot of new routers support both 2.4 GHz and 5 GHz frequency they are called dual-band routers.

The 2.4 GHz is a common Wi-Fi band, but it is also used by other appliances like Bluetooth devices, wireless phones, cameras, etc. Because of the signal used by so many devices, the signal becomes overcrowded and speed becomes slow. So 5 GHz comes into the picture, It is new, and not commonly used, and because it is used by fewer devices there is no signal crowding and interference.

Now recently Wi-Fi alliance announced the new naming scheme for Wi-Fi standards. Rather than the complex names like “802.11b” name now we can call as “Wi-Fi 1“, and similar for others. This will help consumers for easy to understand as 802.11 is difficult to understand.

This is all about Wi-Fi and its various versions, In the future also, we may get a lot of improvements in the Wi-Fi system in speed and large range also. 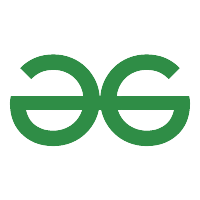