Why to get “Router may have only one child element” warning ?

React Router Dom is a collection of navigational components that compose declaratively with your application. Whether you want to have bookmarkable URLs for your web app or a composable way to navigate in React Native, React Router Dom works in both places. We will be taking into consideration the latest version of React-router now available i.e. react-router-dom v5.3.0.

The above code snippet signifies how react-router works. We, first import the required tags from the react-router-dom dependency. Note that it is written BrowserRouter as Router. This is so we can use the tag <Router> to signify <BrowserRouter>. The <Router> tag is where the routing functionality of the app begins. If a path is stated inside the <Router> component then that path becomes accessible as a new page inside our react application that we can navigate to. In order to specify the path inside <Router>, we use the <Route> component that takes an argument called path, as you can see from the above example. This is where we create the route to a new webpage by passing it to the path argument. The component argument is used to constitute the data that the webpage will render upon going to the path specified in the path argument.

Note: The path “/” signifies default path or home, which means that upon specifying executing it, the router will route us to the starting point of the app or the home page of the app. To create a custom path simply put “/pathname” and a new path to a new webpage inside the app will be created, having the name “pathname”.

Reasons for getting the warning/error: So, coming to the motive of this article, novice developers often run into a very popular warning when working with react-router, simply known as “Router may have only one child“. Before knowing how to fix this problem, let us understand why it occurs. Generally, navigation in a React-based environment is used over the whole application. That is why React components like BrowserRouter or Router expect that only the top-level component that is <App> should be enclosed within them. Hence, they cannot work when multiple routes are listed within them as children.

Solution: The solution to this problem is, however, quite straightforward. You simply need to enclose the multiple routes in either a <div> tag or a <Switch> tag. The <Switch> tag is mostly preferred out of the two as <Switch> is unique and it is able to render a route exclusively.

Step 2: Now navigate to the new created directory by typing, 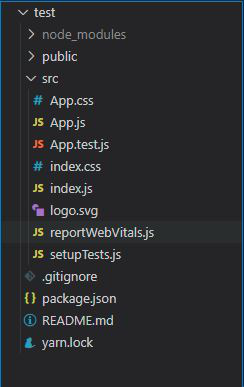 Step 3: Here we shall modify only the App.js file. This code snippet will throw the error, “Router may have only one child“, as you can see that multiple routes have been enclosed within a single <Router> tag, which is not supported.

Step 4: Here we are doing one significant change that is the multiple routes are now enclosed within a <Switch> tag and hence this code snippet will run flawlessly.

Changing the route to display a new webpage

This is how you can solve the problem of “Router may have only one child” with ease.

Previous
What are the Pros and Cons of JavaScript Frameworks ?
Next
How to specify a port to run a create-react-app based project ?
Related Articles
1. How to access child's state in React?
2. How to pass data from child component to its parent in ReactJS ?
3. How to apply an id attribute to a child element of a ReactJS component ?
4. How to pass property from a parent component props to a child component ?
5. Write a program to pass values to child using context in ReactJS ?
6. Why do you need to import React in functional components ?
7. Why we use synthetic events in ReactJS ?
8. Why React uses className over class attribute ?
9. What does "shouldComponentUpdate" do and why is it important ?
10. Why switch keyword used in React Router v4 ?
Article Contributed By :