Why Linux Hosting is Cheaper than Windows Hosting ? 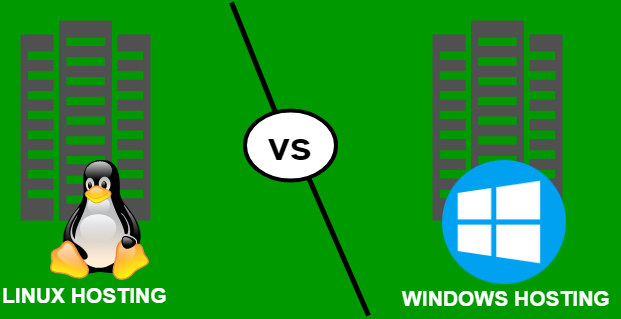 Most of the data that we get across the web, via websites, email services, etc. are essentially stored or hosted on servers. These servers run on various platforms (operating systems). The two major operating systems are Unix-based Linux and Microsoft Windows. Apart from these, Ubuntu and Debian OS are also used, though less. About 2/3 rd of all servers use Linux, whereas the remaining 1/3 rd mostly use Windows.

All the big companies like MNCs and especially the IT companies use web hosting extensively. For them, this brings in the question which server should we choose, based on its operating system? Thus make a choice based on the OS functionality which suits their use and most importantly cost of hosting. In the following section, the cost factor of the Linux and Windows servers will be discussed along with their overall features, which will help to answer which is cheaper and why.

Now the cost value of hosting server depends on a lot of factors. It is calculated based on the feature of Operating System like interface, availability, security, nutshell, etc. We will see all these factors for both Linux and Windows hosting server and conclude which one is cheaper.

Linux Hosting is one of the most common web hosting techniques used by web developers. Linux servers have a rather simple user interface, with functions used through Linux commands. These servers are widely known and preferred for their stability, which is resistance to crashing and need for less frequent reboots, and also for their security.

Linux hosting services contain various tools, like cPanel, that provide users with web platforms for installing content management systems and databases. cPanel allows users to install a variety of software through a simple interface, but most of all, with simple clicks. Applications such as phpBB, Joomla, Drupal, etc. These tools help the user to jump right into the creation of blogs, websites, bulletin boards, etc.

Other than this, these servers also have the functionality of configuring an Apache or NGINX web servers and software packages like Perl, PHP, Python, and MySQL, which help developers in creating databases. Linux is an open source platform which in many cases can be downloaded for free.

On the other hand, the Windows operated server uses a more graphical approach towards interfacing with the user, with menus that contain various options to choose from based on the required actions. Corporate environments generally use Windows servers, due to their many preinstalled essential applications that are ready to use. Also, Windows servers can be used as Sharepoint and Exchange Servers.

Windows servers also host a variety of unique tools. Microsoft Web Installer (Web Platform Installer) is one of these great utilities. Some of the other components of windows servers are MSSQL, ASP, ASP.NET, and IIS, etc. Web Platform Installer helps the user in the simple installation of the components into their server for better functionality. Much like cPanel for Linux, Windows also contains Plesk and Windows Web Application Gallery, which contains applications for blogging and content management. Also, to use Microsoft applications, a Windows server is the only option.

Talking in terms of stability, reliability, and security, Windows servers fall behind on the Linux servers. In the stability department, Windows servers are known to require frequent reboots due to their frequent software updates and thus tend to provide a low uptime compared to Linux. Security has also been an issue with Windows. The BitLocker Hacks across the world had majorly affected Windows, whereas Linux ones faired quite well during the crisis.

Taking into account all the above factors, and adding to it the fact that Linux is an open source software, meaning that the user can modify it as per their requirement (adding and modifying components to the software legally), and that some versions are available free, makes it a good choice for developers. On the other hand, Windows is a proprietary closed software, meaning the user can’t change the kernel, thus limitations form modifications. Also, Windows is quite expensive as well.

This has an indirect implication that Linux Hosting is cheaper than Windows Hosting. The reason is that Linux is a more fundamental, basic software, which requires a rather advance skill set and knowledge to manage the server. On the other hand, Windows is a more user-friendly software, thus making it easier to use for beginners.

Thus, all the above factors summarize the fact that Linux Hosting is cheaper than Windows Hosting.