Have you ever wondered why you have two different Program Files (Program Files and Program Files (x86)) on your 64-bit Windows Operating System? Well, you will get the answer to this question by going through this article. 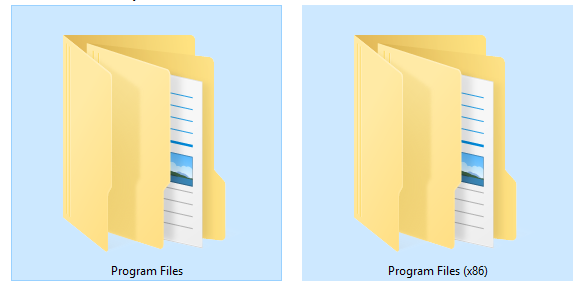 However, the primary explanation for this is that the 64-bit applications don’t go along with the 32-bit extensions quite well, and vice versa. So the above method drastically reduces the chances of the conflict, if someone wants to install both the 32-bit version and the 64-bit version of the same application on the same Windows. If we have two different and separate folder for Program Files, it will be ensured that the 32-bit software doesn’t know about the work of the 64-bit system, and vice-versa. Separation of both the different kind of software will altogether remove the chances of a 32-bit software trying to load up a 64-bit DLL accidentally, and then fail and give the error message.