Which measure of central tendency can be determined graphically?

In statistical data, the descriptive summary of a data set is known as the central tendency. It is considered to be an indicator of the center of the data distribution. To summarise, it represents the single value of the entire distribution or a dataset. It describes the data precisely.

Merits or Uses of Median:

For instance, let us assume that we have some of the terms missing and the middle four terms are given to be 4, 5, 7, 15. The median can then be calculated as :

Therefore, 7 is the median of the given data.

Demerits or Limitations of Median:

The median value of a given data distribution can be determined through the graphic visualization of data in the form of ogives.

This is possible in two ways: 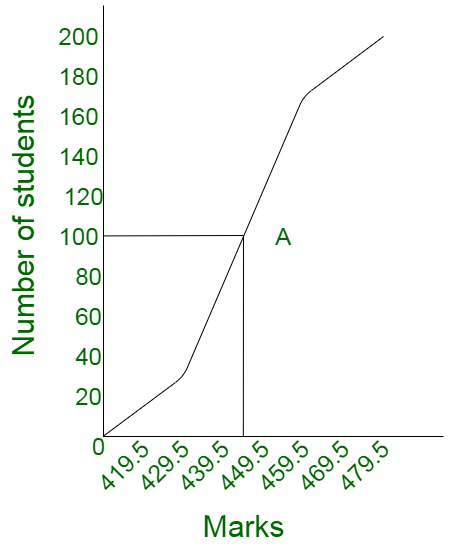 Question 1. Find the median of the data graphically?

For more than cumulative frequency

For less than cumulative frequency

Thus for the median 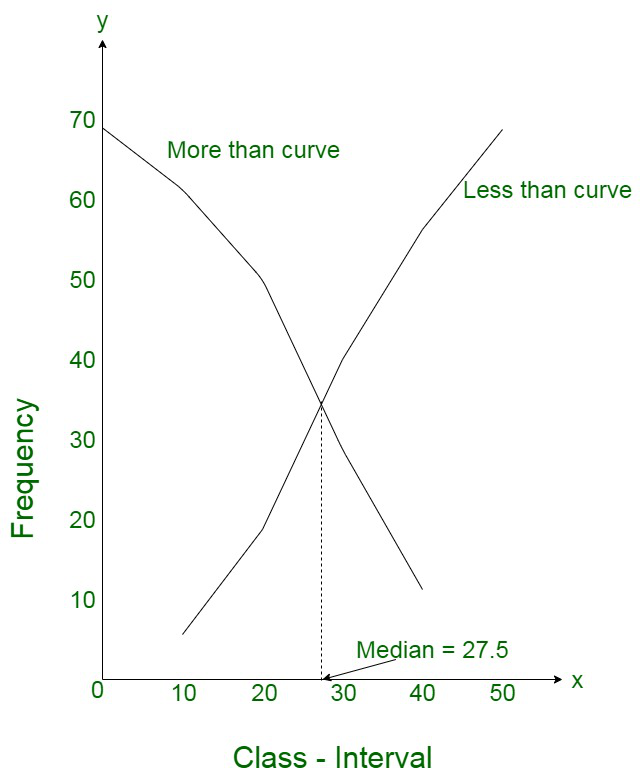 Question 2. Find the median of the ungrouped data

Here the Median is 4th observation

The 4th observation is 59

Question 3. Find the median of the ungrouped data

As we can see that here are 6 observations

So the formula for median when the observations are in even

If number of observations is even,

Thus use this formula:

Thus according to the formula 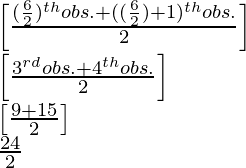 Question 4. Find the median of the grouped data

We need to calculate the cumulative frequencies to find the median. 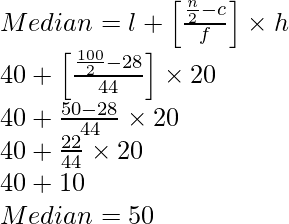 Question 5. Compute the median of the following data distribution :

Arranging the data in ascending order

Here the Median is 8th observation