What is the use of setElement function in ReactJS ?

Note: Please refer to the ReactJS Setting up article to set up the development environment.

Step 2: After creating your project folder i.e. folder name, move to it using the following command:

Note: In that created folder go to the src folder and delete App.test.js, logo.svg and setupTests.js because these files are not required in this project and our folder name is state. 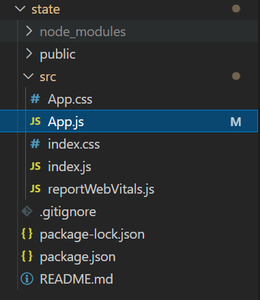 This useState Hook is declared as follows:

This setElement function is used to change the state or value of the first variable.

Example: Change the state of the element using the setElement function.

In App.js write the code given below.

Note: Please refer to the React Hook articles for a better understanding.

Complete Interview Preparation
View Details
System Design-Live Classes for Working Professionals
View Details
Most popular in ReactJS
Most visited in Web Technologies
We use cookies to ensure you have the best browsing experience on our website. By using our site, you acknowledge that you have read and understood our Cookie Policy & Privacy Policy