What is the Role of Fuzzy Logic in Algorithmic Trading?

Do you know what Fuzzy logic is? Did you know fuzzy logic can do wonders in problem-solving? And How do you deploy fuzzy logic in solving glitches in algorithmic trading? Coding the financial market isn’t easy, but there are tools and techniques to master the art of developing trading robots. Fuzzy logic is one of the crucial technique to resolve the most ambiguous decision-making process in trading activities. How does fuzzy logic helps is all about we are going to discuss here. 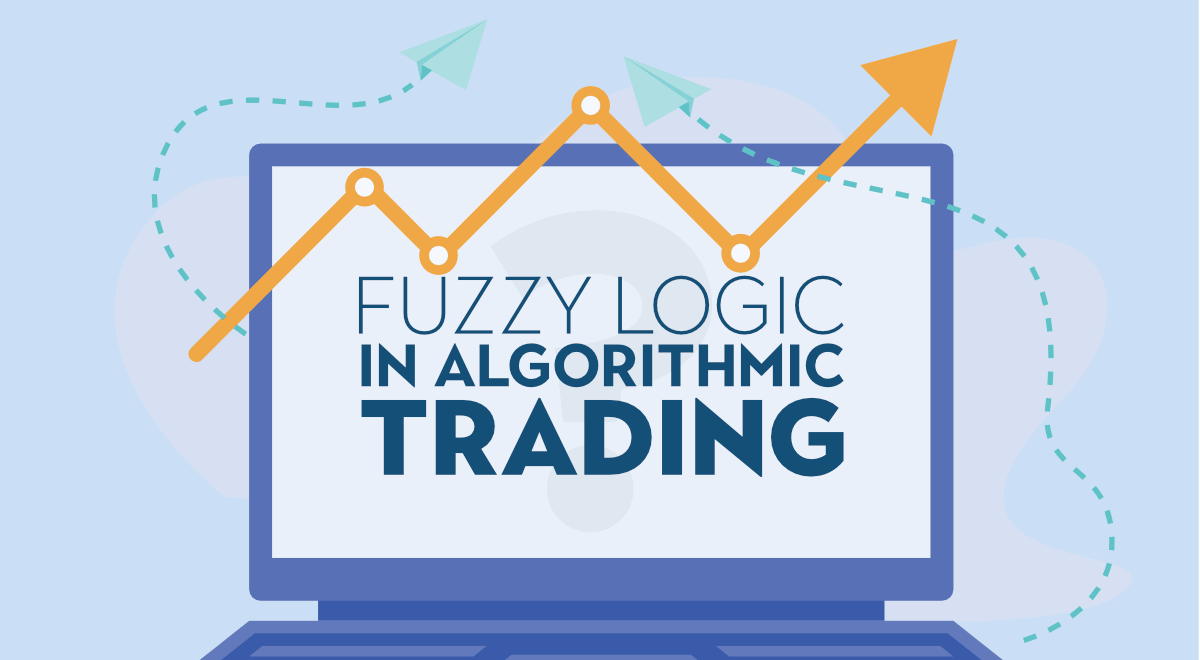 Fuzzy logic is the basic concept behind the human decision-making process. It could be explained with the decision tree method and rule-based programming methods. It checks with every possibility and probability of the end results by evaluating each of its benefits and drawbacks. Fuzzy logic is the base for developing Artificial Intelligence through rule-based inferences. As of trading, it is used to evaluate and process multiple input variables to achieve desired results. It is largely implemented in machine learning concepts of trading systems. It helps in decision-making based on the multiple variables. The variables that is greater than zero and less than one.

What is Fuzzy Logic exactly?

Fuzzy logic is nothing but the concept that is invented to resemble the human’s sense of reasoning. How would a human think in a risky situation? Maybe the emotions could interfere with the intelligence, right? But fuzzy logic is a concept of making a wise decision in an ambiguous situation without the distortions from emotions. Fuzzy logic manipulates data with multiple variables between 1 and 0 to arrive at a most authentic solution. So this fuzzy logic concept is much used in stock market buying and selling. It is considered to be essential in high-frequency trading and accumulating maximum profits.

Note: FIS Takagi-Sugeno is also similar to that of Mamdani inference system.

How to Implement Fuzzy Logic in the Trading Algorithm?

Trading System can be easily integrated with Metatrader 5 terminal. Fuzzy logic is available in MQL5 library function that can be executed in the standard Meta Trader 5 terminal. The function would return trading advice on an expert level that can also be customised according to the practical trading activity. Sounds simple, right?!.

FuzzyNet is the most prominent mathematical model for establishing Fuzzy Models and prototypes in the trading system. The trading system works on Implication(min value), Aggregation(max value) and the defuzzyfication that operates on centre of gravity.

Factors That Contribute to Fuzzy Logic

My Personal Notes arrow_drop_up
Next
Fuzzy Logic | Introduction
Recommended Articles
Page :
What is Algorithmic Trading?
12, Dec 19
Know About Trading Platforms and Trading Softwares
15, Jan 20
Fuzzy Logic | Introduction
10, Apr 18
Phyllotaxis pattern in Python | A unit of Algorithmic Botany
20, Jul 17
Why Python Is Used For Developing Automated Trading Strategy?
07, Jan 20
What is Robotic Trading System?
27, Jan 20
Getting started with Python for Automated Trading
25, May 20
What is the Role of Java in the IT Industry?
24, Jun 19
Blog | Role of a System Analyst
13, May 19
The role of Artificial Intelligence in Internet of Things
23, May 19
What is the purpose of "role" attribute in HTML ?
18, Nov 19
Machine Learning Role in Business Growth and Development
12, Feb 20
Role of Computers in Crime
17, Feb 20
What is the Role of Artificial Intelligence in Fighting Coronavirus?
17, Apr 20
Role of Artificial Intelligence in Health Care
12, Jun 20
Role of Technology in Changing Business Status
01, Jul 20
What Key Role Document Verification Plays in Fighting Identity Theft
22, Mar 21
Role of Blockchain in Sustainable Development
20, Jul 21
Role of Python in Healthcare Advancements
01, Feb 21
5 variable K-Map in Digital Logic
24, Dec 18
Adders and Subtractors in Digital Logic
25, Nov 19
I Can't Use Logic In Programming. What Should I Do?
29, Dec 19
Getting Least Value Element From a Set by Using Sorting Logic on TreeSet in Java
12, Jan 21
10 Tips to Improve Logic Building Skills in Programming
12, Mar 21
Article Contributed By :