What is the purpose of setTimeout() function in JavaScript ?

We all have used alarms or reminders several times, this setTimeout() method also has the same purpose in web applications. We use this to delay some kind of executions. It is also used for animations and DOM manipulations in jquery.

Return value: It returns a timer Id which can be useful later in case when you want to clear that countdown timer for function.

Example 1:The following demonstrates the basic demo of setTimeout() method.

When our callback function is inside the call stack it is quite obvious to understand that what is going to happen. Inside the function, there is a simple alert. 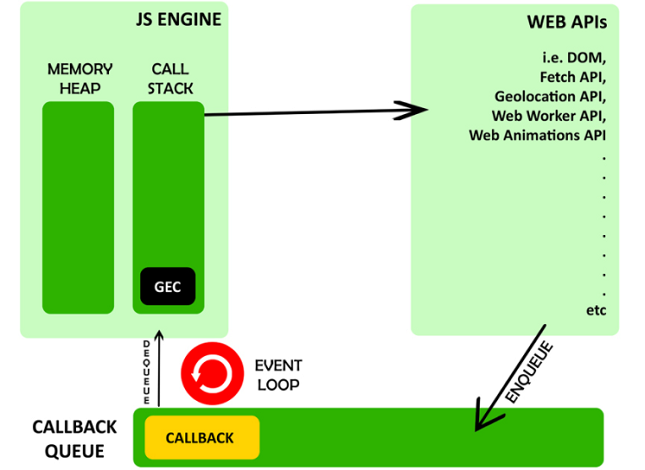 Output: This is the alert showing after 3 seconds due to setTimeout() method.

Note: The event loop will only push the callback function inside the call stack of the JS engine if it is empty. The function provided to setTimeout() does not need to be executed just after the given milliseconds, this is the minimum time after which the browser will enqueue that function into the callback queue, It is unpredictable for how much time it has to wait for being pushed into the JS engine call stack.

Example 2: The following demonstrates that the event loop will only push the function in the call stack when it is empty.

The global execution context will be created and pushed into the call stack of the js engine. Then the memory allocation phase starts and the function which is inside setTimeout() and these two variables will get memory in heap. During the thread execution phase, the first line of the console log gets printed. In the next line setTimeout() registers a function inside web APIs and then internally the timer starts, and as soon as the 1000 millisecond finishes, it gets enqueued in callback queue.

Concurrently JavaScript engine is busy executing its code. We have stored the current date in a variable. The Date.now() returns the milliseconds elapsed since the epoch time. So to convert it into seconds we have divided it by 1000. In the next one, we have assigned the current time + 5 for a purpose.