GUI: GUI stands for Graphical User Interface. This is a type of user interface where user interacts with the computer using graphics. Graphics include icons, navigation bars, images etc. Mouse can be used while using this interface to interact with the graphics. It is a very user-friendly interface and requires no expertise. Eg: Windows has GUI.

CUI: CUI stands for Character User Interface. This is a type of user interface where user interacts with computer using only keyboard. To perform any action a command is required. CUI is precursor of GUI and was used in most primitive computers.

Most modern computers use GUI and not CUI. Eg: MS-DOS has CUI. 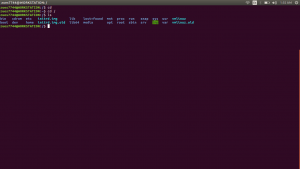