What Is the Difference Between CRC and FCS?

Cyclic Redundancy Check(CRC): Cyclic redundancy check is generally called an error detection mechanism because the special numbers are appended with a block of data so that the changes that are being detected with respect to any changes introduced in the storage.
It is a more complex algorithm that is derived from simple CHECKSUM, MODULO ARITHMETIC, which is being treated out on each input word as it is a set of the coefficients for the polynomials.
CRC is commonly used in digital networks and storage devices to detect accidental changes to raw data. If CRC generator is n bits, CRC is (n-1) bits.

A CRC-enabled device calculates a short, fixed-length binary sequence, known as the check value or CRC, for each block of data to be sent or stored and appends it to the data, forming a code word. If the CRC values do not match, then the block contains a data error. 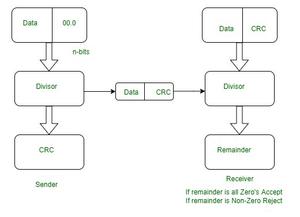 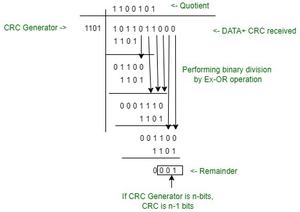 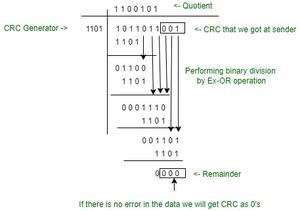 The above example, explains that the sender sends the data to the receiver without errors, and the receiver receives the correct data.
Suppose if the receiver got a corrupted packet, the reminder will not get zero on the receiver side.

Padding 5 zeros, because FCS bits are 5.

To find out the FCS code apply the cyclic redundancy check method by performing an XOR operation.

Note- In FCS When the MSB bit is zero we insert a zero bit sequence of the same length as the divisor and perform an XOR operation. 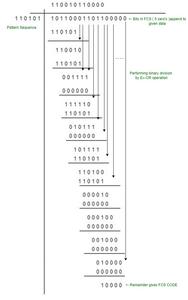 Therefore the frame check sequence is 1 0 0 0 0. The remainder gives the FCS code.

Difference between CRC and FCS