What is Standard Meta Language (SML)?

Standard Meta Language (SML) is a type-safe programming language that encapsulates numerous innovative ideas in programming language plan or design. It is a statically composed language, with an extensible type framework. It supports polymorphic type inference, which eliminates the burden of specifying types of variables and significantly encourages code re-use. It provides a productive programmed capacity for data structures and functions. It is a general-purpose, particular, functional programming language with compile-type checking and type inference. It is mainstream among compiler scholars and programming language analysts, as well as in the improvement of proving theorems. It is an advanced version of ML, the programming language utilized in the Logic for Computable Functions (LCF) hypothesis-demonstrating project. It is particular among generally utilized languages that have a proper specification, given as typing rules and operational semantics which was fully developed in 1997.

2. Variables: Here, the variables can be defined using the val keyword.
Example:

3. Print: The print command is used to display the output in SML.
Example:

5. Functions or Procedure: The operator fun is used to define the functions.
Example:

6. Recursion: A recursion is an approach in which function calls itself within an argument and upon reaching the termination condition the control returns to the calling function. There are two properties that a recursive function must have:

Example of recursion in a factorial program developed in SML 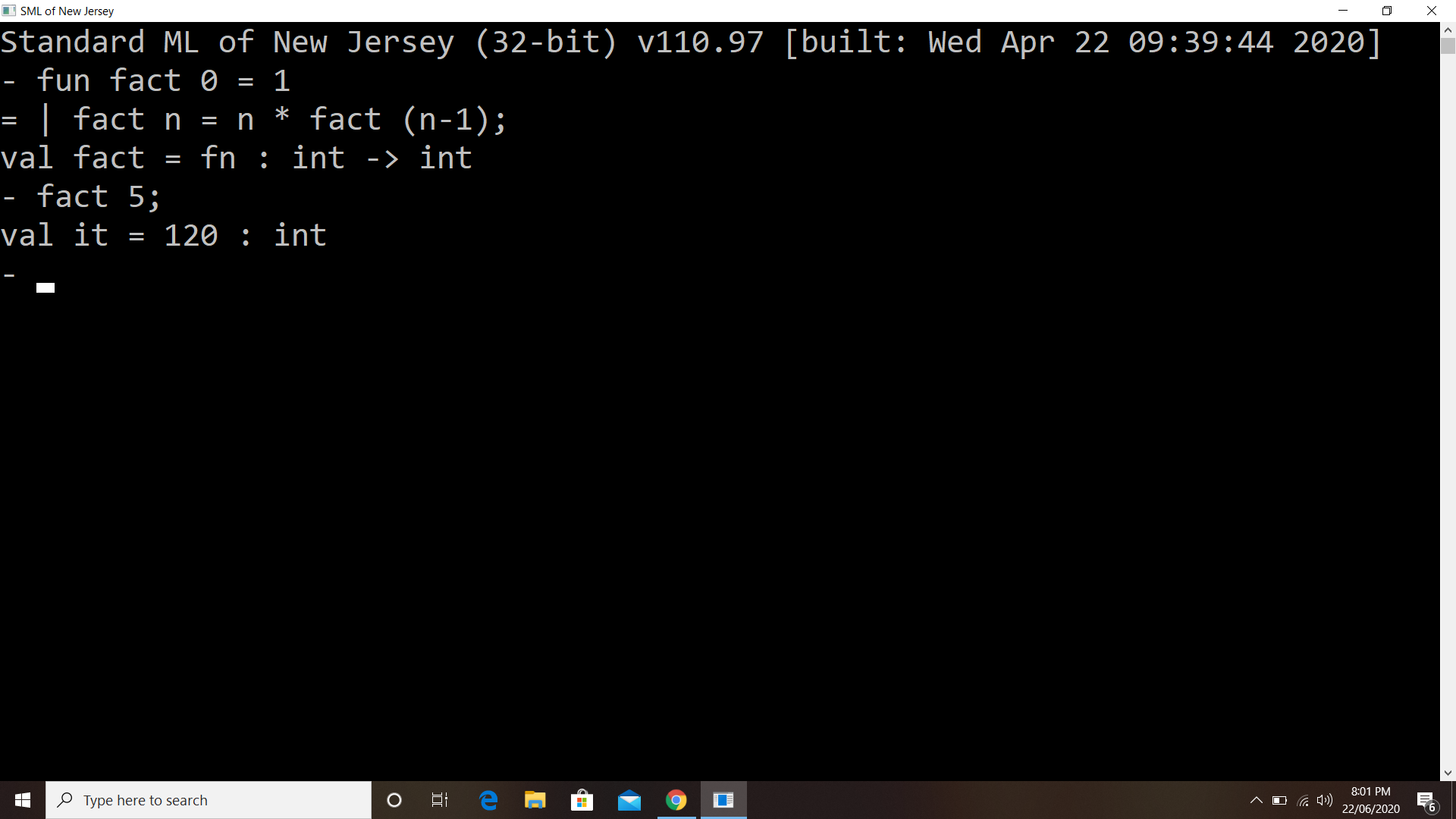 Example#1: To find the sum of all the elements of a list. 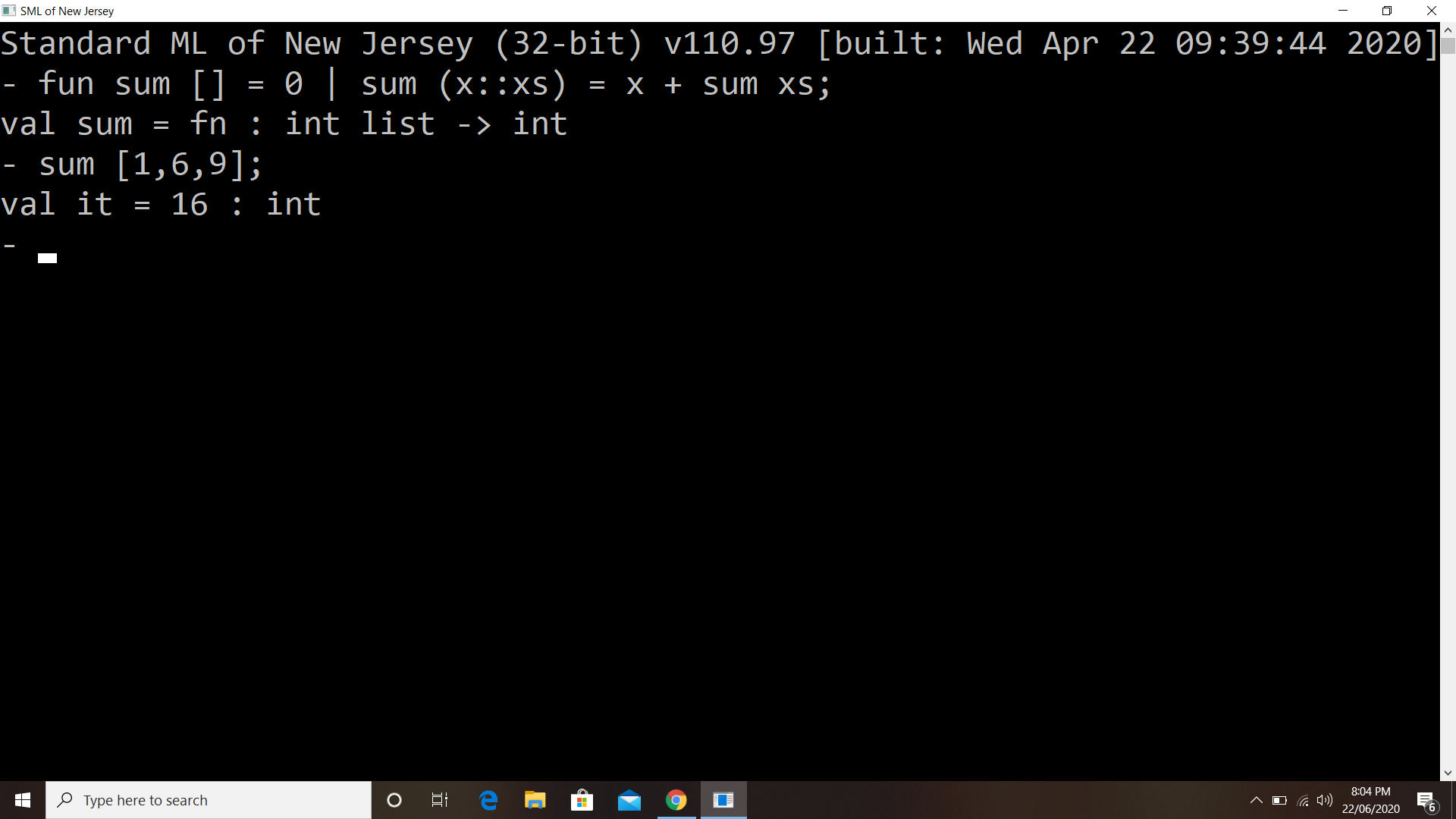 Example#2: To find the product of all the elements of a list. 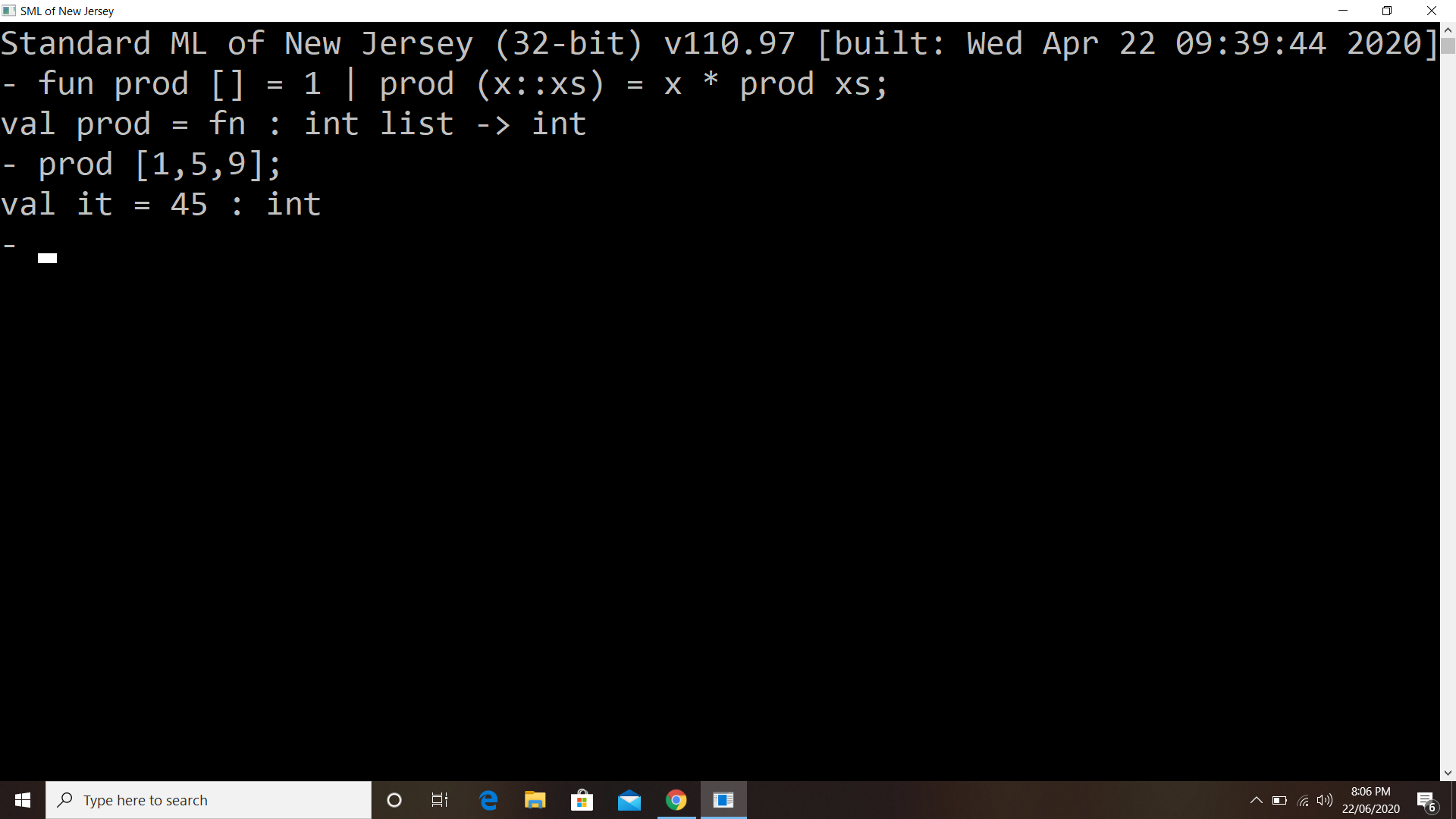 Example#3: To find the length of a list without using length keyword. 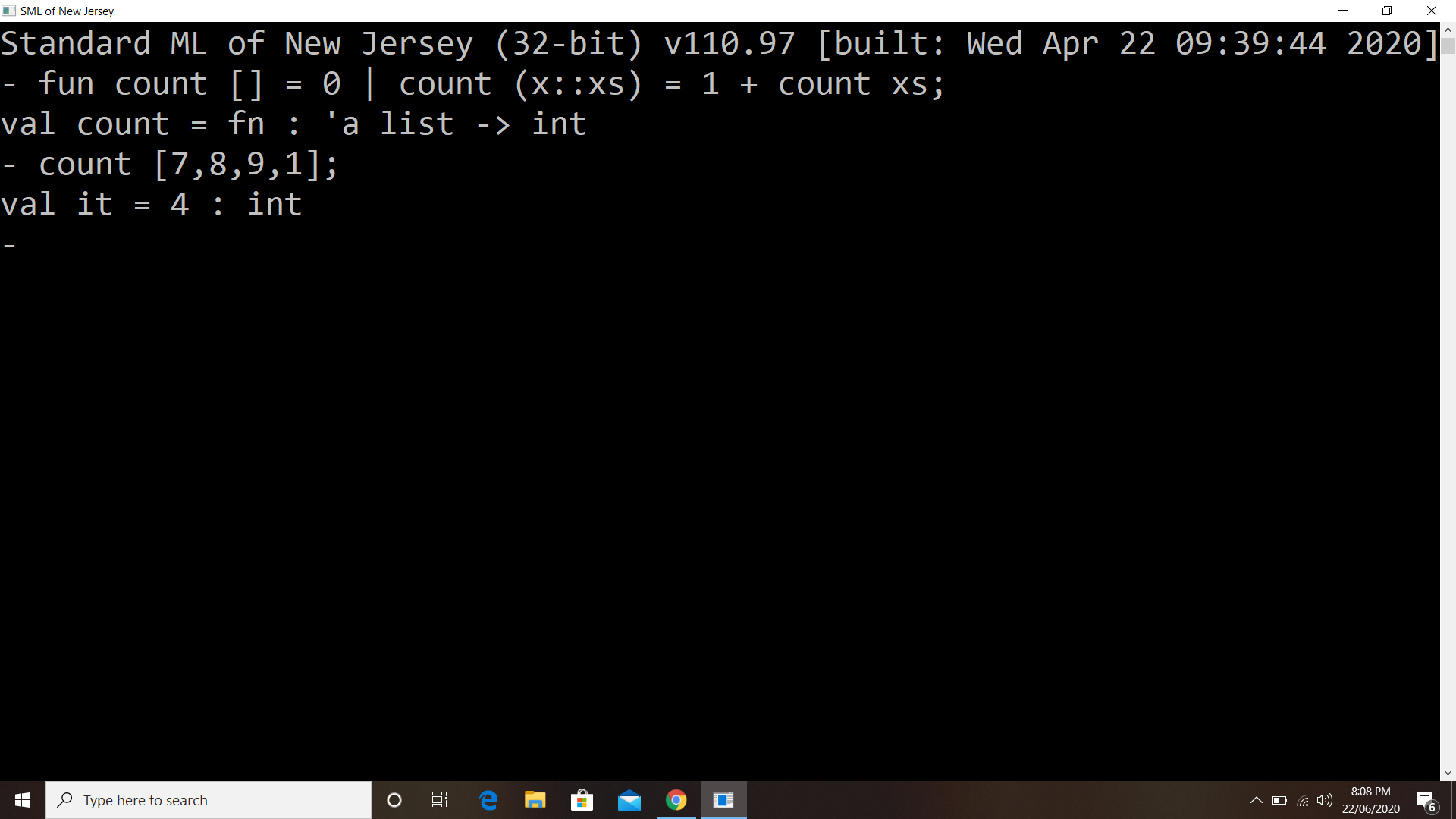