In our daily lives, we come across a number of geometrical shapes and figures. These include construction of buildings, dams, interior design, computer graphics, etc. Geometry plays an important role in the study of as well as the creation of things around us. It is extensively used in various sciences, as well as architecture, sculpture, and art. All shapes such as rectangle, triangle, circle, square, cone, cylinder, etc. come under geometry. In other words, geometry is all about shapes and their properties. But the creation of new objects can be possible only through proper measurements so that the said objects are customized as per the needs of the people using them. For example, a water tank to be installed at someone’s rooftop must be of considerable size. It could be of the cylindrical or cubical shape, and its capacity(volume) must conform to the needs of the people using it, and also the amount of supply of water to that area. While these factors are considered, one also has to keep in mind the surface area that the tank would be taking up. This definitely calls for proper measurement and calculations before constructing and installing the tank. This is when the concept of mensuration comes into the picture.

Mensuration pertains to the computation of various dimensions of all the 2D and 3D shapes that we see around us. Not only that, but mensuration is also used to calculate the area, perimeter, lateral surface area, volume, etc. of various objects around us. All the calculations pertaining to geometrical shapes and sizes fall under this branch of mathematics. 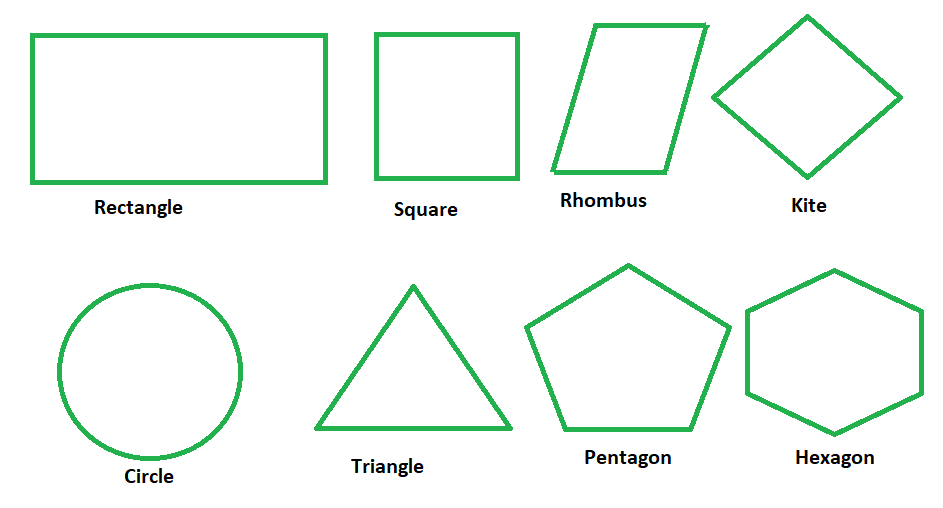 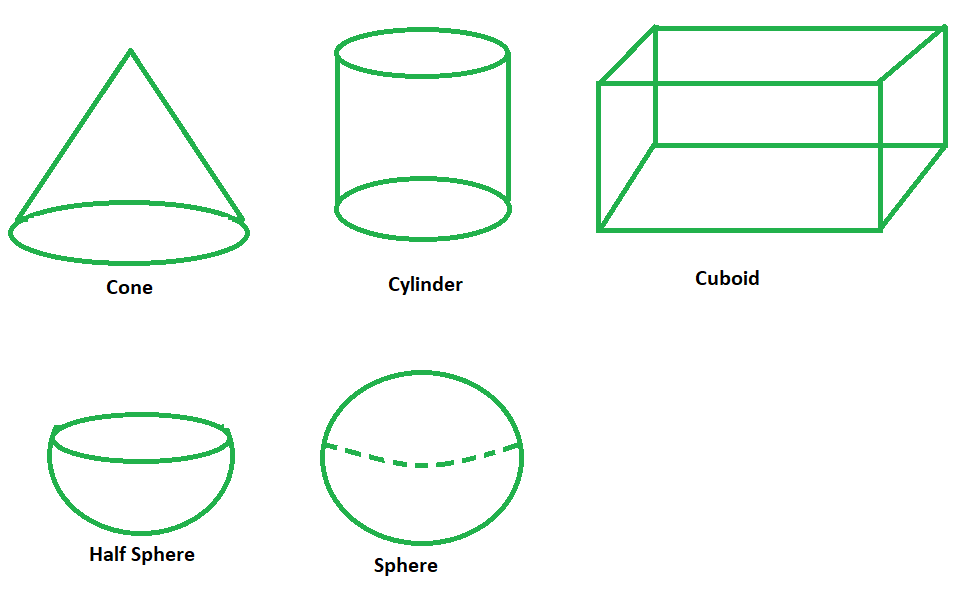 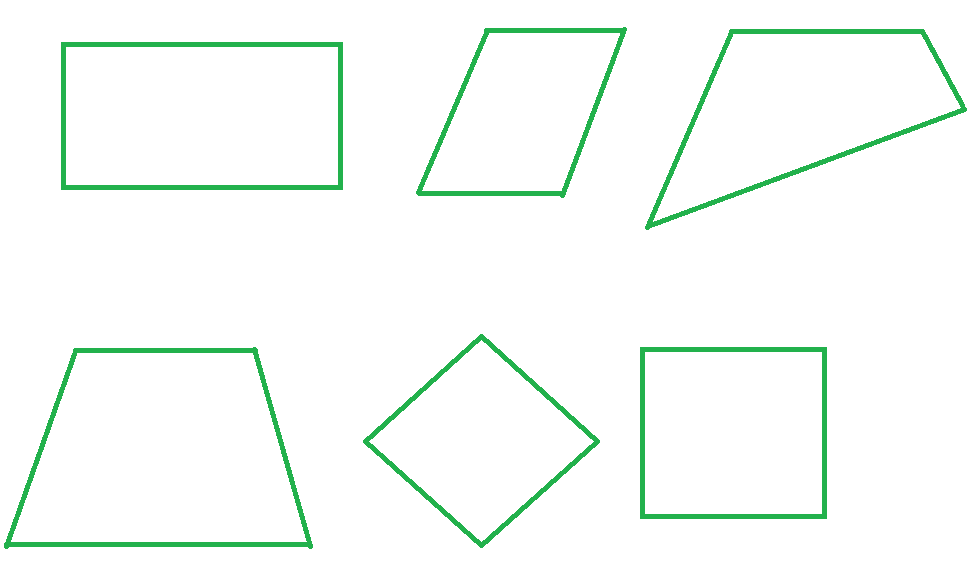 We notice how all those shapes have 4 sides and vertices. All the above polygons can be categorized as quadrilaterals. Now, based on their different properties, be it on the lines of length of sides, or intersection of diagonals, etc. quadrilaterals are divided into various kinds. Based on such division, we have certain types/kinds of quadrilaterals that can be distinguished from each other to make their properties more clear. This is discussed in the next section. 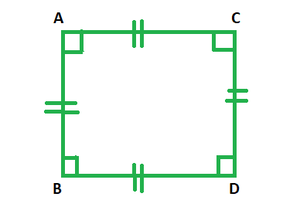 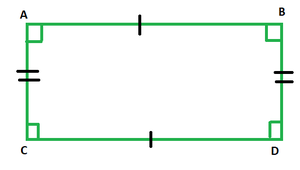 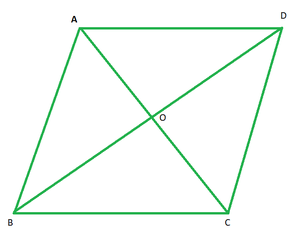 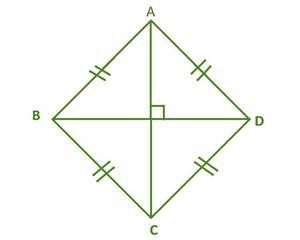 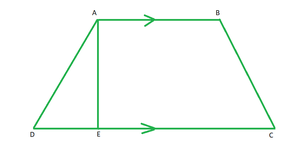 Having discussed all these kinds, it is time to study rhombus at length now.

What is a Rhombus?

A rhombus is a special case of parallelogram where the adjacent sides are equal in length and also the diagonals bisect each other at right angles. We can also state that a rhombus is actually a square only when all its angles are equal to 90 degrees. Since in a square, all four sides are equal, angles measure 90 degrees each and diagonals bisect at right angles as well. In the figure below, we can see that AB = BC = CD = DA. Also, the diagonals AC and BD bisect each other at a right angle. 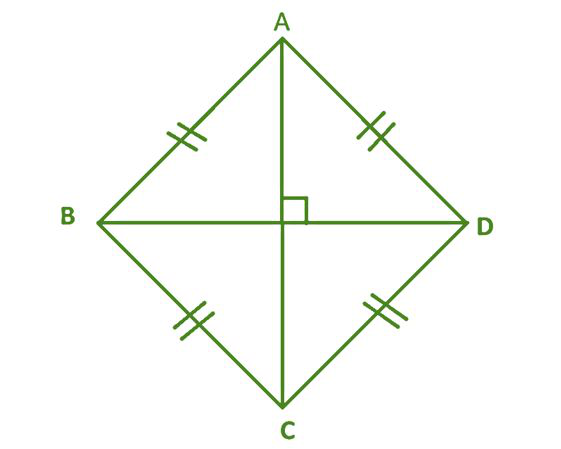 Diagonals of a Rhombus

All rhombuses have two diagonals, which connect the pairs of opposite vertices. A rhombus is symmetrical along both its diagonals. The diagonals of a rhombus are perpendicular and bisect at right angles. 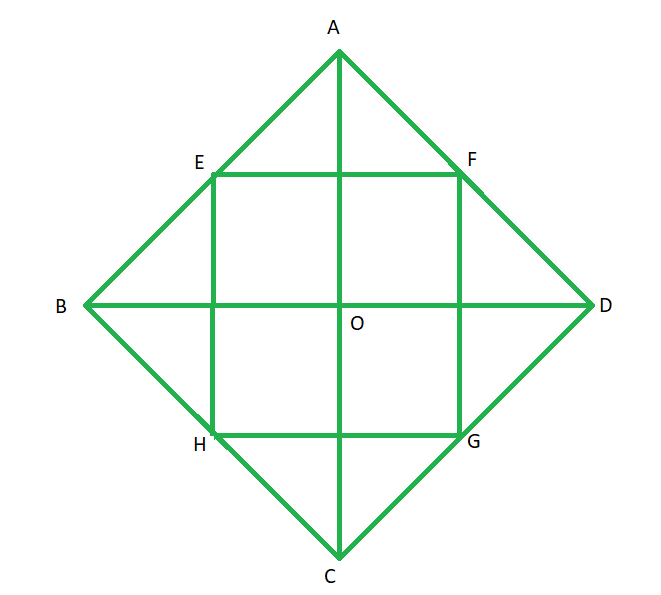 Question 1. Assume quadrilateral MNOP is a rhombus. If diagonal MO = 29 and diagonal NP = 14, what is the area of rhombus MNOP.

The area of rhombus MNOP is therefore 203 square units.

Question 2. Assume quadrilateral ABCD is a rhombus. The perimeter of ABCD is 40, and the length of one of its diagonals is 12. What is the area of ABCD?

Since the perimeter of the rhombus is 40, and by definition all 4 sides of a rhombus have the same length, we know that the length of each side is 10. We can find the length of the other diagonal if we recognize that the two diagonals combined with a side edge form a right triangle. The length of the hypotenuse is 10, and each leg of the triangle is equal to one-half of each diagonal. We can therefore set up an equation involving Pythagorean’s Theorem as follows:

We can therefore solve for x as follows:

x is therefore equal to 8, and our other diagonal is 16. We can now use both diagonals to solve for the area of the rhombus:

The area of rhombus ABCD is therefore equal to 96 square units.

Question 4. Find the area of a rhombus if its diagonal lengths are