What is Network Virtual Terminal in TELNET? 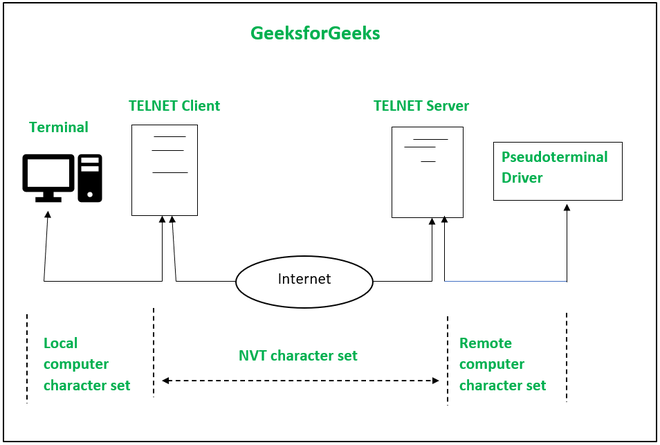 How does NVT work?

It works as follows and is also represented in the above figure: