What is MongoDB – Working and Features

MongoDB is an open-source document-oriented database that is designed to store a large scale of data and also allows you to work with that data very efficiently. It is categorized under the NoSQL (Not only SQL) database because the storage and retrieval of data in the MongoDB are not in the form of tables.

The MongoDB database is developed and managed by MongoDB.Inc under SSPL(Server Side Public License) and initially released in February 2009. It also provides official driver support for all the popular languages like C, C++, C#, and .Net, Go, Java, Node.js, Perl, PHP, Python, Motor, Ruby, Scala, Swift, Mongoid. So, that you can create an application using any of these languages. Nowadays there are so many companies that used MongoDB like Facebook, Nokia, eBay, Adobe, Google, etc. to store their large amount of data.

Now, we will see how actually thing happens behind the scene. As we know that MongoDB is a database server and the data is stored in these databases. Or in other words, MongoDB environment gives you a server that you can start and then create multiple databases on it using MongoDB.
Because of its NoSQL database, the data is stored in the collections and documents. Hence the database, collection, and documents are related to each other as shown below: 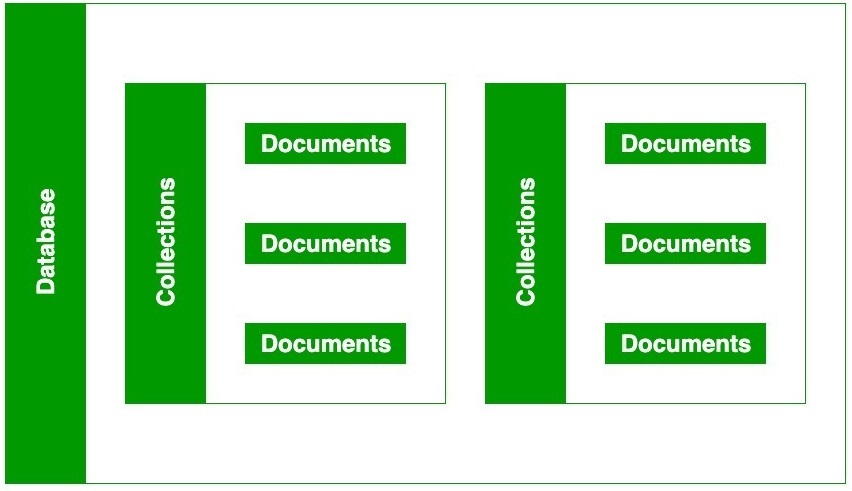 NOTE: In MongoDB server, you are allowed to run multiple databases. 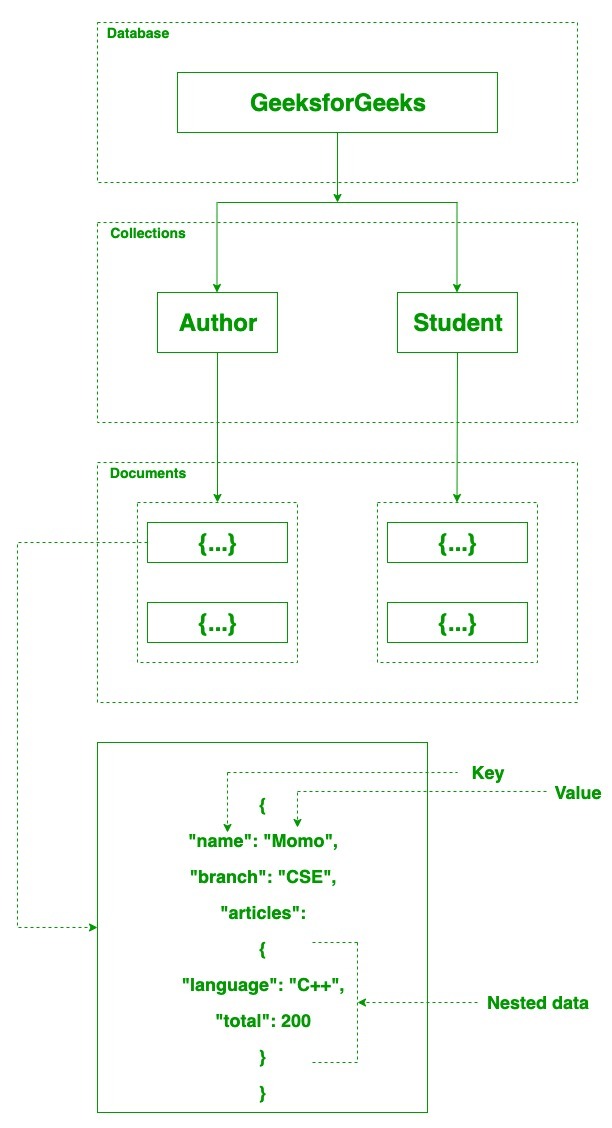 How mongoDB is different from RDBMS ?
Some major differences in between MongoDB and the RDBMS are as follows: