What is Google Cloud Platform (GCP)?

Before we begin learning about Google Cloud Platform, we will talk about what is Cloud Computing. Basically it is using someone else’s computer over the internet. Example- GCP, AWS, IBM Cloud, etc. Some interesting features of cloud computing are as follows:

Starting from 1998 with the launch of google search. google has developed one of the largest and most Powerful IT Infrastructure in the world. Today, this infrastructure is used by billion of users to use services such as Gmail, Youtube, Google Photo and Maps.In 2008 , Google decided to open its network and IT infrastructure to business customers, taking an infrastructure that was initially developed for consumers application to public service and launching google cloud platform.

All the services listed above are provided by Google hence the name Google Cloud Platform (GCP). Apart from these, there are so many other services provided by GCP and also many concepts related to it that we are going to discuss in this article.

Let’s start at the finest grain level (i.e. the smallest or first step in the hierarchy), the Zone. A zone is an area where Google Cloud Platform Resources like virtual machines or storage is deployed.

For example, when you launch a virtual machine in GCP using Compute Engine, it runs in a zone you specify (suppose Europe-west2-a). Although people consider a zone as being sort of a GCP Data Center, that’s not strictly accurate because a zone doesn’t always correspond to one physical building. You can still visualize the zone that way, though.

Zones are grouped into regions which are independent geographic areas and much larger than zones (for example- all zones shown above are grouped into a single region Europe-west2) and you can choose what regions you want your GCP resources to be placed in. All the zones within a neighborhood have fast network connectivity among them. Locations within regions usually have trip network latencies of under five milliseconds.

As a part of developing a fault-tolerant application, you’ll need to spread your resources across multiple zones in a region. That helps protect against unexpected failures. You can run resources in different regions too. Lots of GCP customers do this, both to bring their applications closer to users around the world, and also to guard against the loss of a whole region, say, due to a natural disaster.

A few GCP Services supports deploying resources in what we call a Multi-Region. For example, Google Cloud Storage, lets you place data within the Europe Multi-Region. What that means is that it is stored redundantly in a minimum of two different geographic locations, separated by at least 160 kilometers within Europe. Previously, GCP had 15 regions. Visit cloud.google.com to ascertain what the entire is up to today.

Google was the primary major Cloud provider to bill by the second instead of rounding up to greater units of your time for its virtual machines as a service offering. This may not sound like a big deal, but charges for rounding up can really add up for customers who are creating and running lots of virtual machines. Per second billing is obtainable for a virtual machine use through Compute Engine and for several other services too.

Some people are afraid to bring their workloads to the cloud because they’re afraid they’ll get locked into a specific vendor. But in many ways, Google gives customers the power to run their applications elsewhere, if Google becomes not the simplest provider for his or her needs. Here are some samples of how Google helps its customers avoid feeling locked in. GCP services are compatible with open source products. For example, take Cloud Bigtable, a database that uses the interface of the open-source database Apache HBase, which provides customers the advantage of code portability. Another example, Cloud Dataproc provides the open-source big data environment Hadoop, as a managed service, etc. 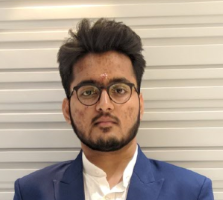