What is Distributed shared memory and its advantages

DSM is a mechanism that manages memory across multiple nodes and makes inter-process communications transparent to end-users. The applications will think that they are running on shared memory. DSM is a mechanism of allowing user processes to access shared data without using inter-process communications. In DSM every node has its own memory and provides memory read and write services and it provides consistency protocols. The distributed shared memory (DSM) implements the shared memory model in distributed systems but it doesn’t have physical shared memory. All the nodes share the virtual address space provided by the shared memory model. The Data moves between the main memories of different nodes. 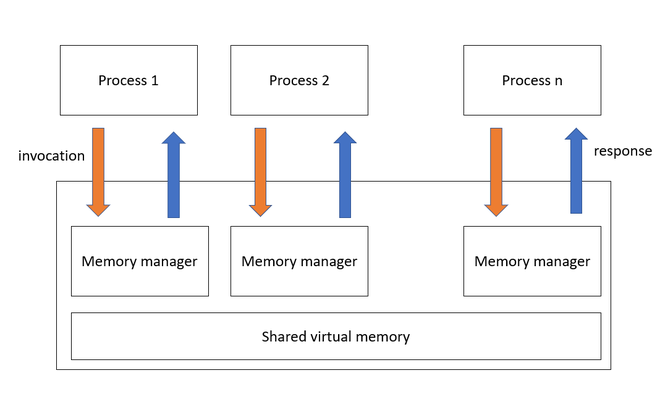 Apart from the above-mentioned advantages, DSM has furthermore advantages like: